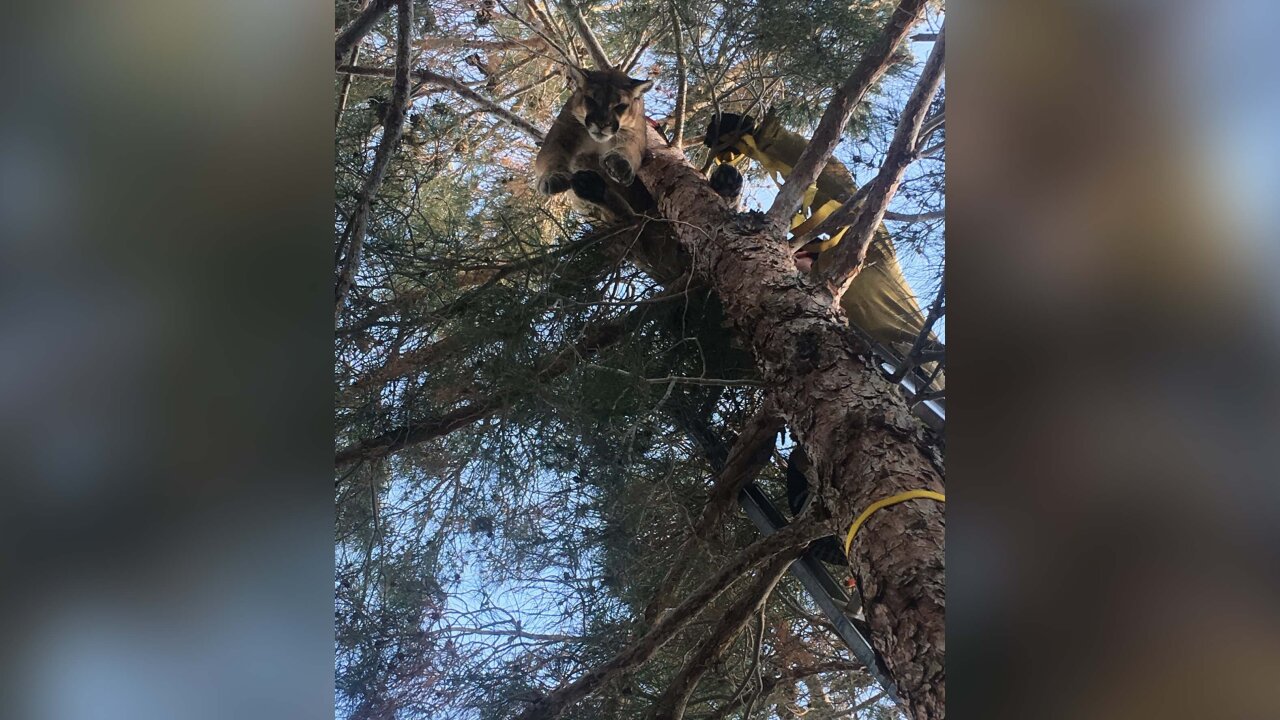 The mountain lion is lowered from the tree. 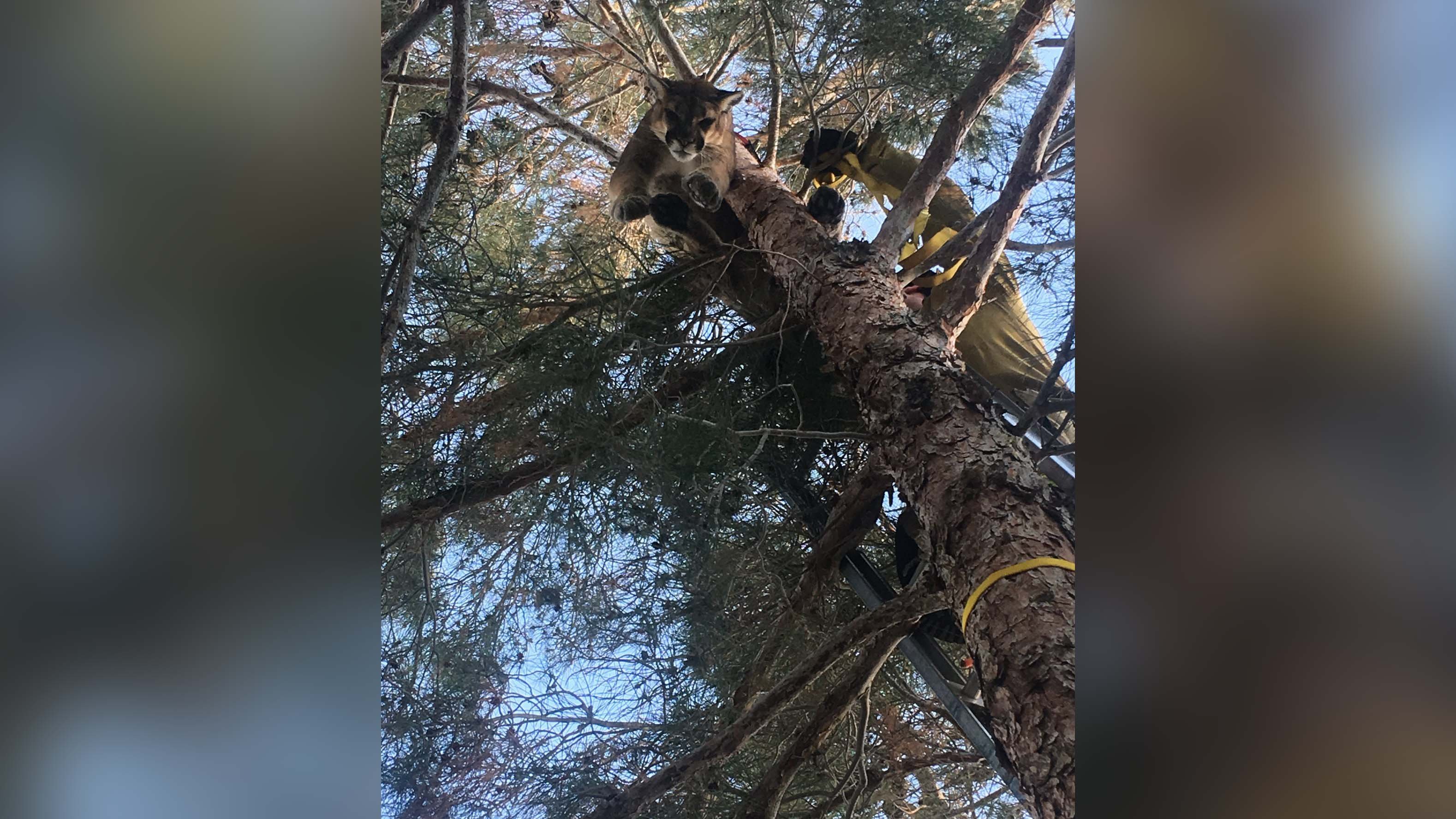 Firefighters are well known for their cat-rescuing skills. But members of San Bernardino County Fire department faced a bigger challenge than your average trapped tabby when called to a home in California on Saturday.

Arriving at the house in Hesperia, San Bernardino County, they found a large cougar, or mountain lion, sitting about 50 feet (15 meters) in the air in a tree in the backyard.

The homeowner was gardening when they became aware of the cougar, authorities said.

Staff from the California Department of Fish & Wildlife tranquilized the big cat before firefighters approached it using a ladder, the fire department said in a Facebook post.

It was then lowered from the tree in a harness, assessed by wildlife experts and released back into the wild.

“It is common for young mountain lions to wander outside what some would consider normal habitat in an attempt to establish their territory,” said Kevin Brennan, a biologist at the California Department of Fish and Wildlife.

About 80 miles from Los Angeles, the town of Hesperia sits in the Mojave Desert and is bordered to the south by the San Bernardino Mountains.

While cougar attacks on humans are rare, the animal presented a danger to residents, warden Rick Fischer said.

“Leaving the lion in the tree would not have been safe for the community,” Fischer said. “Once the lion regained consciousness we ensured he safely returned to his suitable habitat.”

Earlier this month, a runner in Colorado strangled a mountain lion with his bare hands after it attacked him.

Fewer than 20 people have been killed in North America by mountain lions in more than 100 years, officials said after that incident.