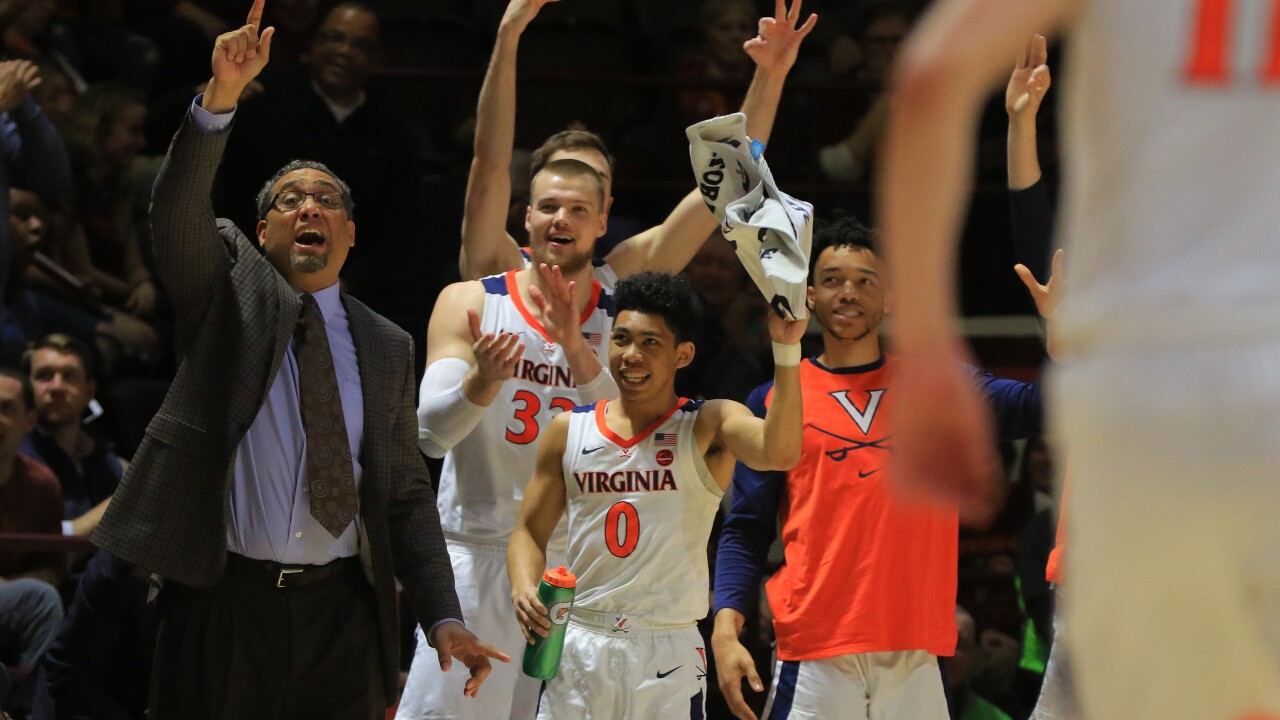 Kyle Guy of the University of Virginia Cavaliers. (Photo by Lauren Rakes/Getty Images)

BLACKSBURG, Va. – For the first time since 2015, Virginia’s men’s basketball team has swept the Commonwealth Clash from Virginia Tech.

Virginia remains on the road this weekend, traveling to No. 18 Louisville on Saturday, Feb. 23 for a noon tip at the KFC Yum! Center. The game will be broadcast LIVE on WGNT in Hampton Roads.