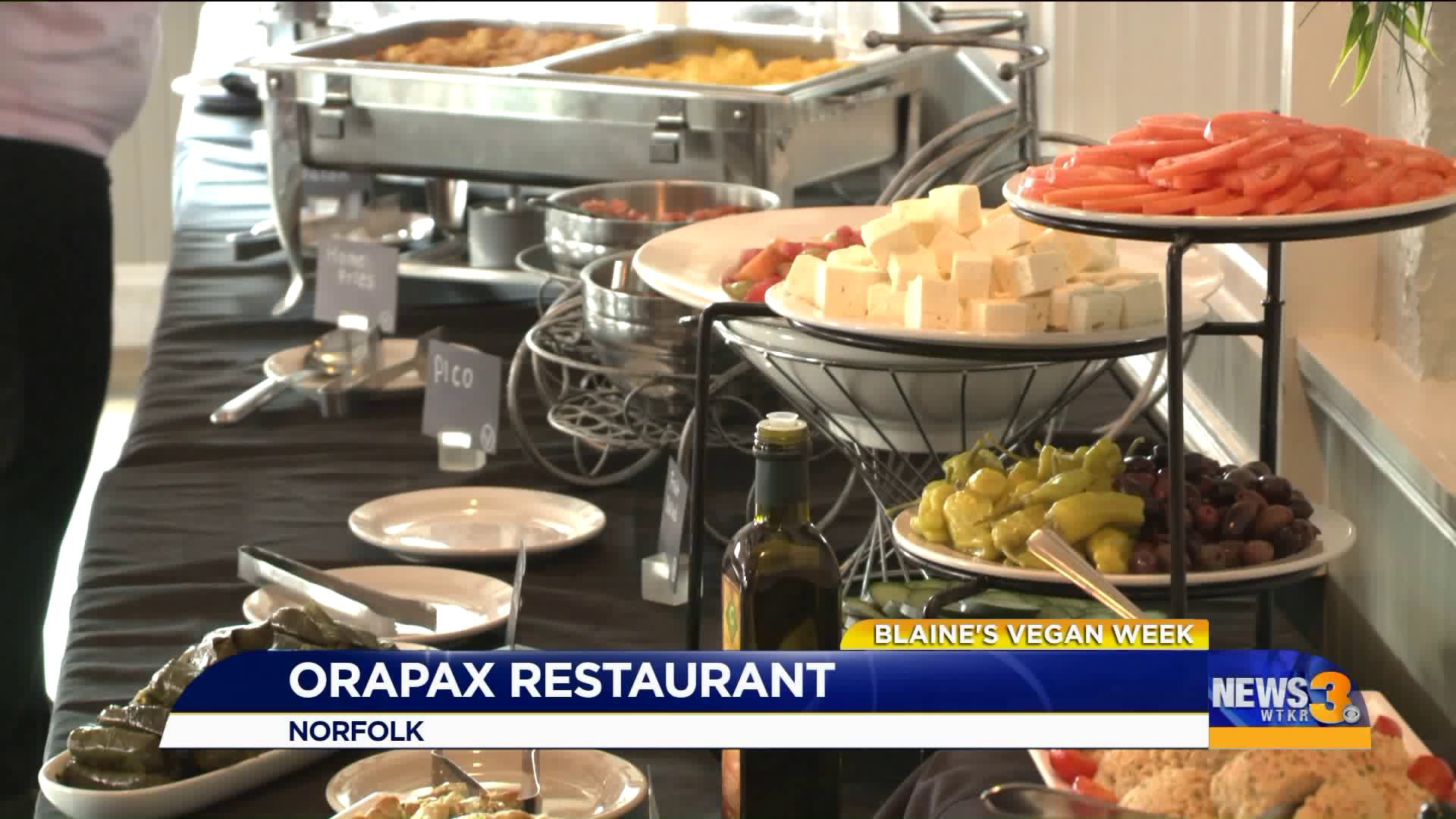 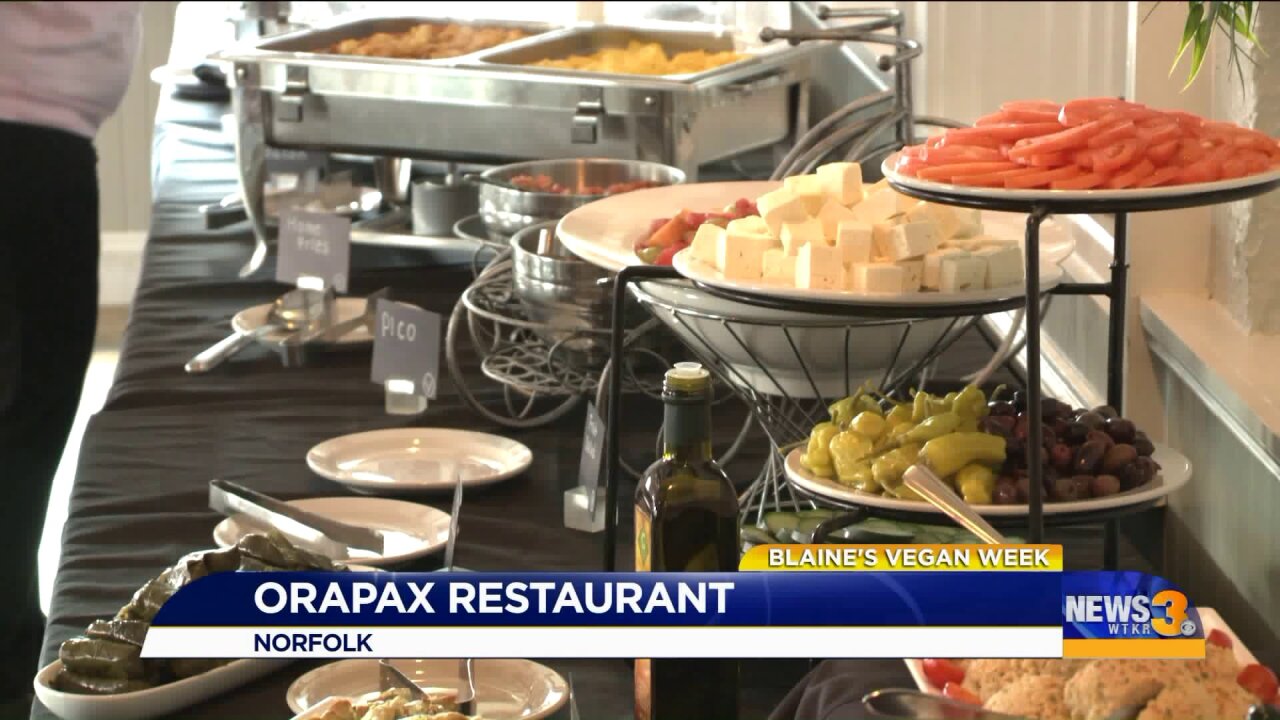 NORFOLK, Va. - Monday is the day News 3 This Morning anchor Blaine Stewart has dreaded. It's the start of "Blaine's Vegan Week."

People in Hampton Roads who lead a Vegan lifestyle, or who just want to go "plant-based" one meal at a time, have seen their options expand in recent years. Orapax Restaurant, a fixture in Norfolk's West Ghent neighborhood for years, offers an expanded menu featuring meals that go far beyond fruits, veggies and potatoes.

"I think education with the staff has been a big part of it, trying to teach them what can be made Vegan," says Orapax Restaurant's Nicole Moshenek. "The chefs have been supporting us and figuring out what can be made Vegan. That's what people like. It's not just a fruit or a vegetable. We're doing Greek style things."

Where are some of your favorite Vegan-friendly spots in Hampton Roads? Let Blaine know on Facebook or Twitter!

Tuesday morning on News 3, meet the woman who says a Vegan lifestyle saved her life after a heart attack.