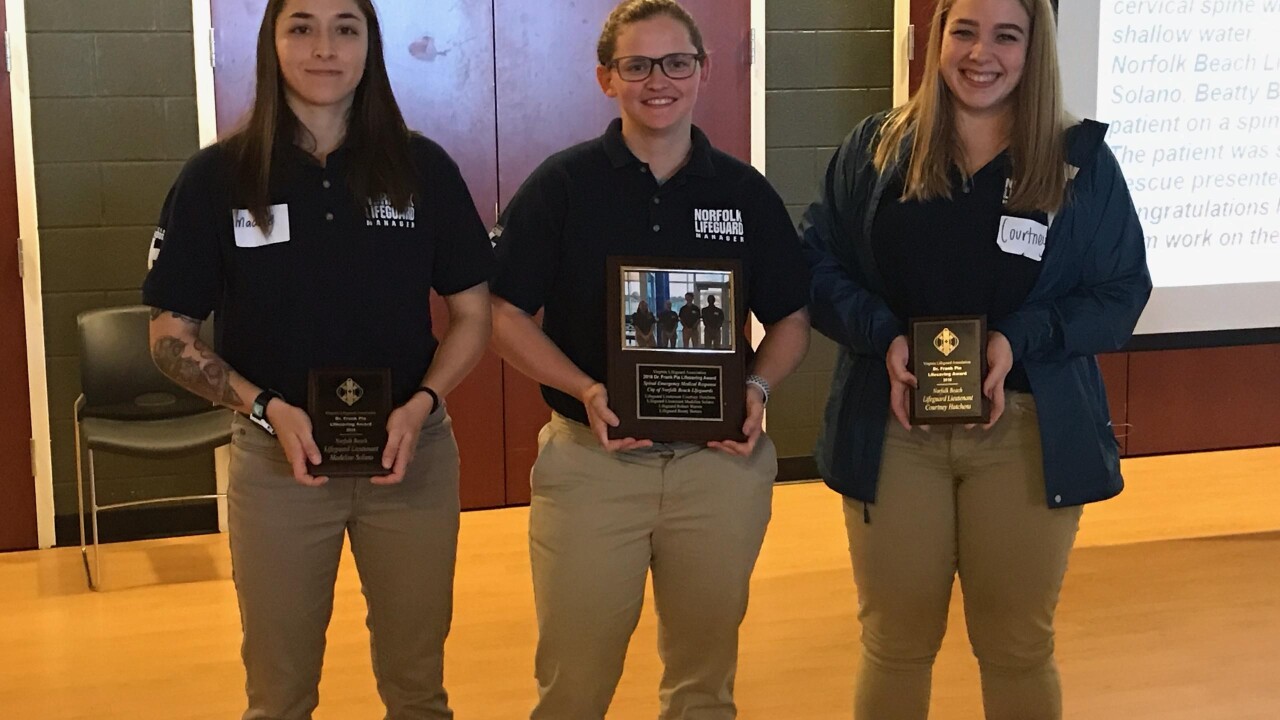 NORFOLK, Va. – Lifeguards in Norfolk have been awarded for their life-saving work done in the Ocean View area.

On September 1, 2018, City of Norfolk lifeguards responded to a spinal medical emergency at the Sarah Constant Beach in Ocean View.

A 31-year-old swimmer attempted to flip from an elevated drainage pipe into shallow water.

The immediate treatment with the appropriate care allowed Norfolk Fire-Rescue to spend less time on the scene and resulted in a quicker transport to the emergency room.

“The ability of these lifeguards to provide immediate attention and treatment as a possible spinal cord injury to this swimmer with such precision and teamwork was exemplary and prevented further damage,” said Darrell Crittendon, Director of Recreation, Parks and Open Space.

These lifeguards were awarded 2018 Dr. Frank Pia Lifesaving Awards at the Virginia Lifeguard Association Annual Aquatic Management Symposium on February 15, 2019, in recognition for their life-saving work.

They also were presented Norfolk Fire-Rescue Awards for the same incident last fall.

All emergency action plans, communication standards and protocols were met during this incident