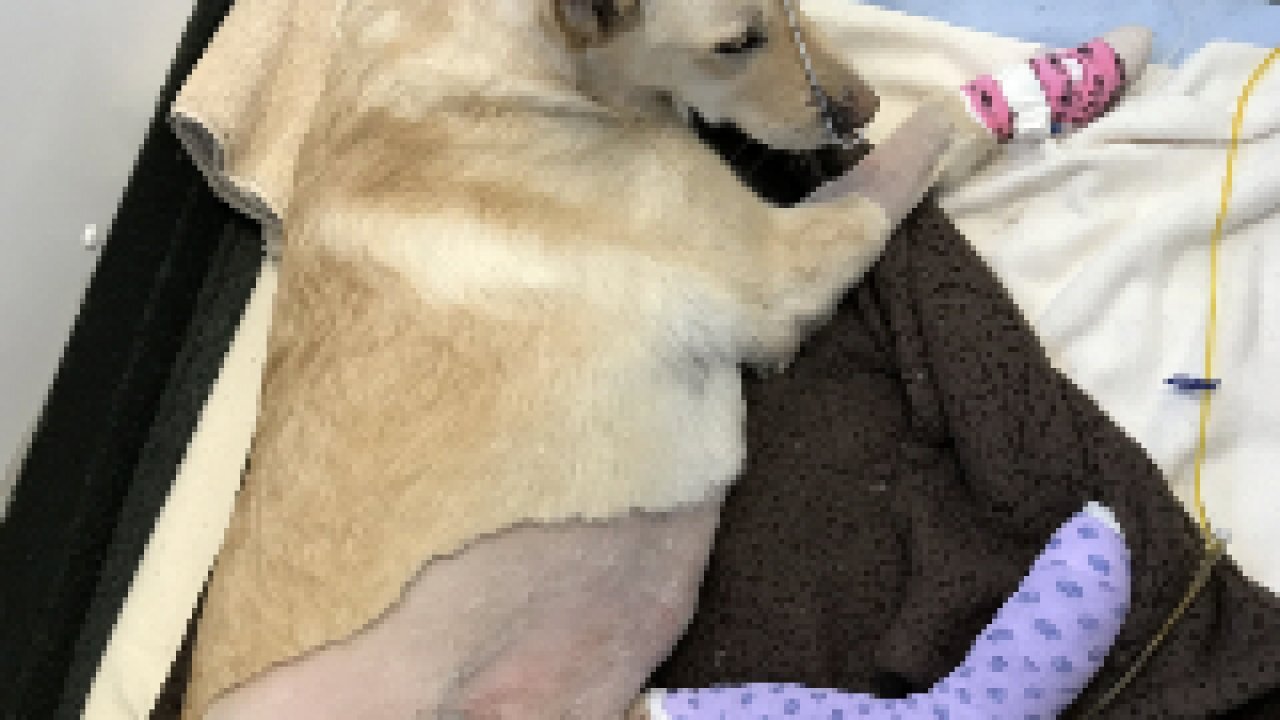 Denver, CO (KMGH) — Two other dogs maul a family pet, and no one thought she would make it until a good Samaritan in Kiowa saw the Nextdoor post and stepped in to help.

Now, though, as the veterinarian bills pile high, she is reaching out to Contact7 viewers for help pitching in.

The social network Nextdoor is a frequently a place where neighbors help neighbors, and last week it was a place where Kiowa resident Vivian Kallas first saw a post about a neighbor’s dog named Sandy.

The photo showed a dog covered in blood, explaining Sandy was an “escape artist” who had jumped out of her backyard and been mauled by two large dogs.

For Kallas, a vet tech and longtime dog lover, it was too much to see and do nothing.

“She needed help. She just needed someone to intervene,” said Kallas. “I wanted to give her a chance.”

That chance, fortunately, took her to the Animal Emergency & Specialty Center in Parker, where critical care veterinarian specialist Jennifer Campbell and her staff are doing everything they can to save Sandy’s life.

“They get attached to these animals. They can’t help it. No one could. I get teared up just thinking about my staff because they just want her to get better,” said Campbell.

What’s inspired them all, after multiple blood transfusion, an amputated leg and infections, Sandy is still fighting, though some of the battle is outside of her control, as bill after bill start to stack up.

“Those bills are over $30,000 right now,” said Kallas, who still isn’t sure if Sandy will survive the injuries.

And while consumer demand for high-end veterinarian care continues to grow, less than four percent of pet owners have pet insurance here, which is becoming a problem that is far too common.

“For emergency illnesses, we have seen it allow us to save lives, quite honestly,” said Campbell. “That is one of the hardest parts of our jobs is working with people if they don’t have insurance and have financial limitations.”

Which is why Kallas is now starting a Gofundme after Sandy’s original owners relinquished custody. Her new owner just wants to give Sandy every chance to come back to her new home.

“There’s always ‘What if?’ and ‘Why didn’t you just put her down?’ Well, I just wanted to give her a chance. That’s all I wanted,” said Kallas, making one final plea. “To all of the animals out there, please help.”