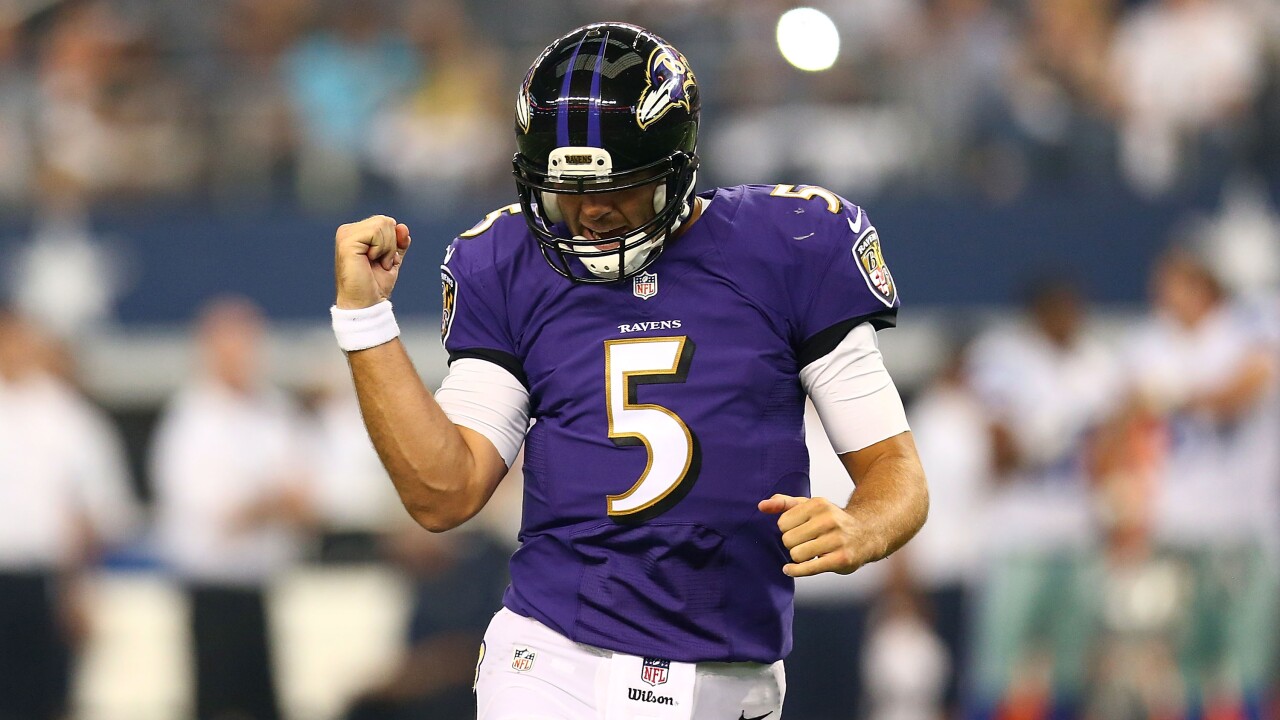 BALTIMORE, Md. – Despite having a Super Bowl title in his past, Joe Flacco was not part of the future in Baltimore. Now, he’s headed west.

Wednesday, the Baltimore Ravens agreed in principle to trade Flacco to the Denver Broncos in exchange for a fourth round draft pick (per NFL Media’s Ina Rapoport). ESPN’s Adam Schefter was first to report the trade.

Baltimore and Denver are not allowed to publicly comment on the transaction until the deal becomes official at the start of the NFL’s new calendar year March 13th.

The 34-year-old Flacco heads to Denver after 11 seasons with the Ravens. He guided Baltimore to seven postseason appearances – including a victory in Super Bowl XLVII, a game in which Flacco was voted MVP.

CBSSports.com notes Flacco’s best season was in 2016, when he passed for 4,317 yards and completed 64.9 percent of his passes with 20 touchdowns and 15 interceptions. That was his only season above 4,000 passing yards. His career high is 27 passing touchdowns. He’s never completed more than 65 percent of his passes. He’s only thrown less than 10 picks in his career once, and that was last season, when he only played nine games. His career high is 7.4 yards per attempt.

In 2018, rookie QB Lamar Jackson replaced Flacco midway through the season and helped lead the Ravens to the AFC North division title.

Kudos to the Ravens for finding a trade partner for Joe Flacco with a very limited QB market. Can confirm his trade to Denver as ESPN first reported. Would expect trade compensation to be in 4th-round range. Deal becomes official next month at start of NFL's League Year