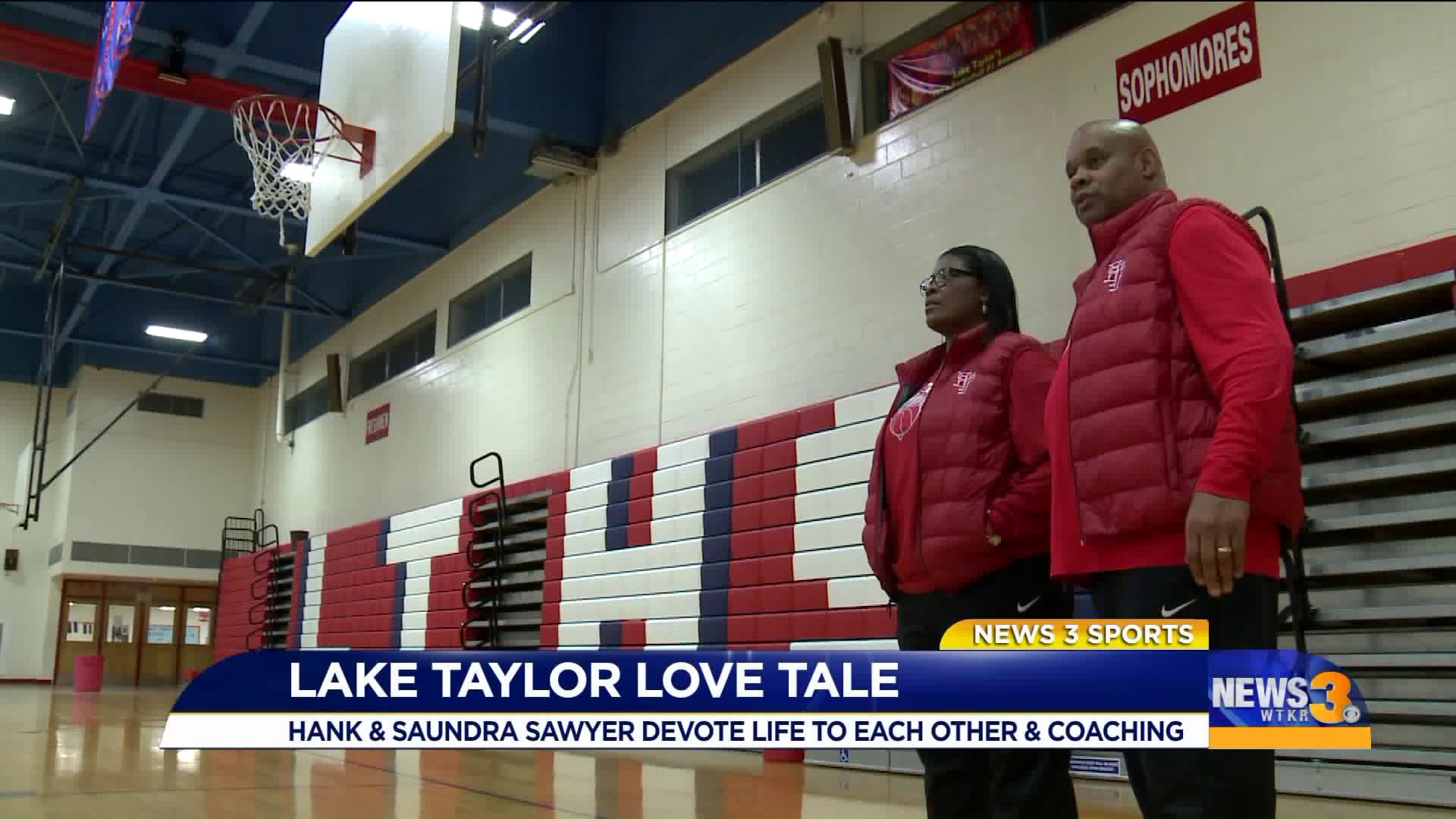 NORFOLK, Va. - Hank and Saundra Sawyer have six decades of teaching and coaching experience combined. But they have truly been together the last 20 years.

"It's just us - it`s part of our relationship," Saundra Sawyer explained to News 3.

"When you have compassion for each other, you embrace what they`re doing - that`s what makes it all work," added Hank Sawyer.

The two were married June 12, 1999. Later that year, after leaving their jobs at Granby High School, Hank took over as head football coach at Lake Taylor High School and Saundra started as Lady Titans head basketball coach. They both still occupy the same roles today. However, a wedding ring is no longer their only hardware.

"She tells me we have five state championships and four runner ups together," Hank noted. "I know she`s ahead of me with three titles, and that's fine." he said smiling.

Next week, after a 21-and-1 record in the regular season, Saundra starts the quest for her fourth state title at the helm of the Lady Titans. Despite her success and Hank's to football championships, there's one title neither has: being called 'Mom' or 'Dad'.

But just because the Sawyers do not have kids of their own, it doesn't mean they aren't raising children together.

"The trophies - you can take and burn those," Saundra said. "But those relationships? Man, I want my girls to see the relationship Coach Sawyer and I have and say 'I want to meet somebody and have fun like that!"

"Look at all the sons God gave me through the sports I've coached," Hank said. "Look at all the daughters he's given me just by assisting her. I love walking into her practices. Sometimes i'll get things going a little bit."

They love their job, they love their school and they love each other. And during a Valentine's week game of one-on-one basketball, it's apparent Hank and Saundra Sawyer picked the right one - both profession and partner.