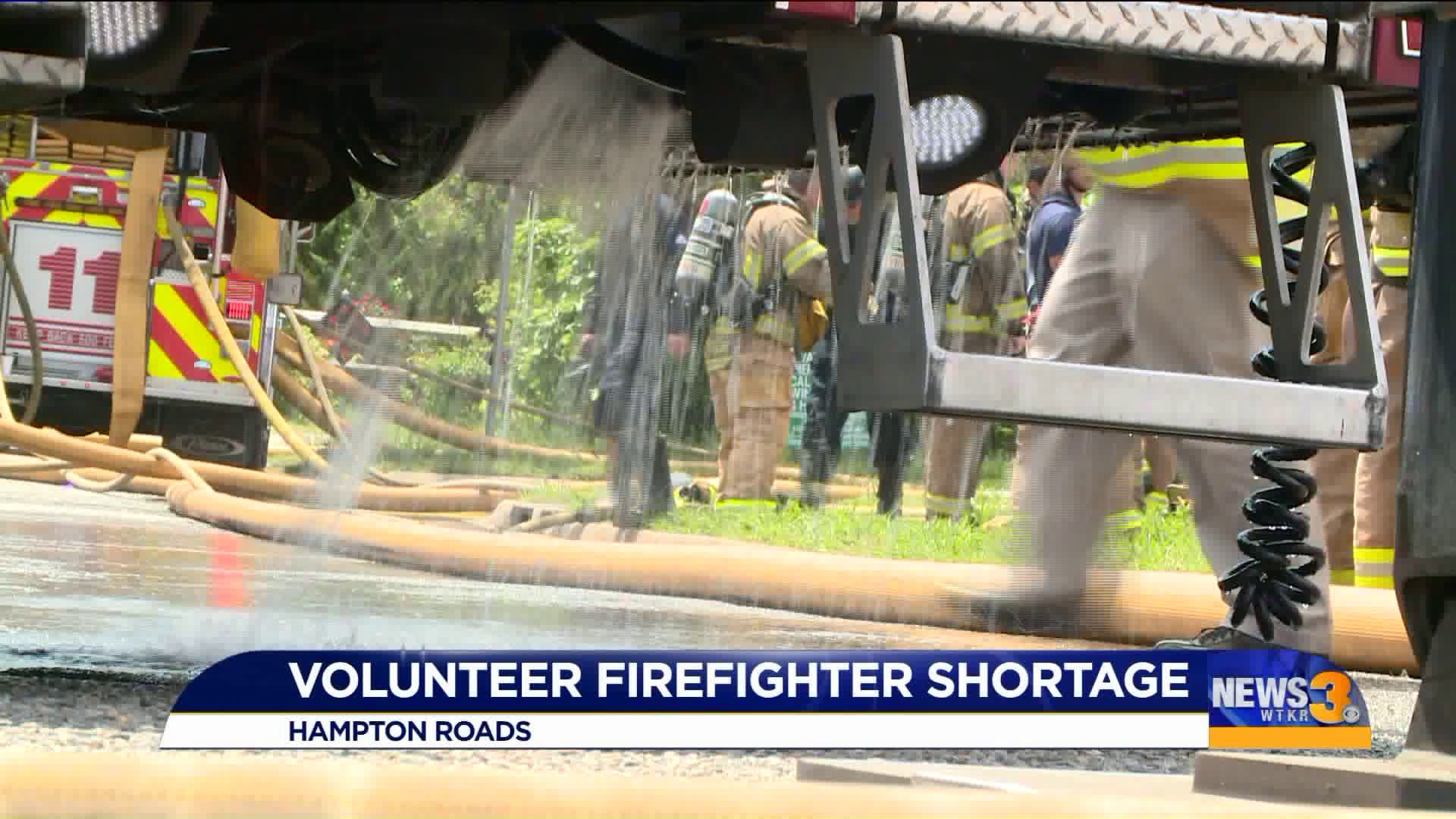 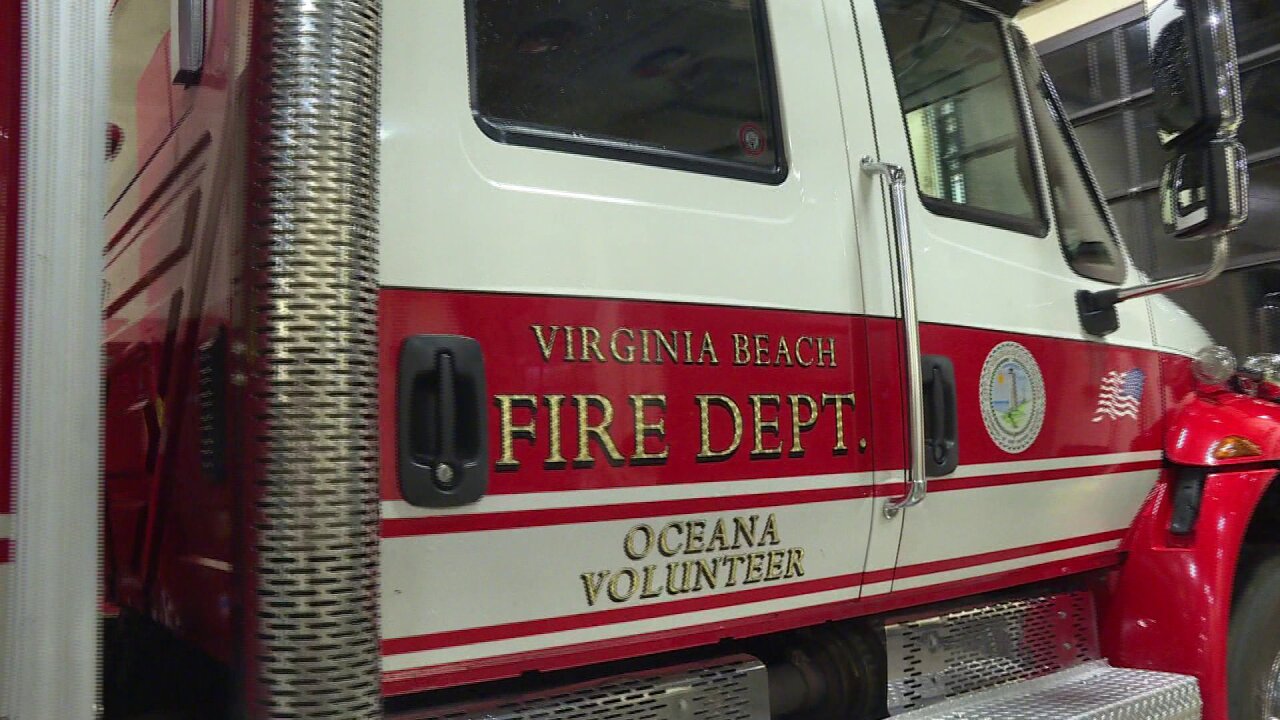 HAMPTON ROADS, Va. - It seems like every day tragedy strikes and someone loses their home to a fire. While fires are going up, the amount of volunteers to help put them out is going down.

It's because training to become a volunteer has grown immensely in the last few years.

Let's say you want to be a volunteer at the station in Virginia Beach. That's great, but before you even get an interview you'll have to fill out a 16-page packet.

No matter where you live, the sound of sirens whizzing by outside probably isn't anything new. But it's who's behind the wheel that differs from city to city.

He's talking about the Oceana Volunteer Fire Department in Virginia Beach. It's one of only a few stations in Hampton Roads with active volunteers.

Most places now are strictly career-based.

"The time for individuals to volunteer seems to be waning," Richardson said.

That's because life gets hectic. It's not as easy as it used to be for people to maintain a career, take care of a family and then volunteer hundreds of hours while also training to pass mandatory safety training.

So, we're seeing less volunteers in cities like Virginia Beach and Hampton.

"We saw a spike in volunteer recruitment just after 9/11, and I think some of that has worn off a little bit," said Scott Doggette, the Recruitment and Training Administrator in Hampton.

You may be thinking: Does this mean if i call 911, I may not get the best response time?

No, it just means added work and stress for career firefighters because there won't be as many volunteers helping with legwork.

"Our volunteers come in from home and man extra equipment so that our citizens don't see a decrease in the level of service," Doggette told us.

"We set up rehab, we set up lighting, we also refill this SCBA, their air bottles, we help back hose - we basically help with anything they need assistance with," said Kelli Barnhart, a volunteer support tech.

It's in those areas that departments may start to suffer if recruits continue to go down.

It's important that everyone knows that career firefighters are on hand at all hours of the day in Hampton Roads.

So, if you call for a fire or medical emergency, someone will respond immediately.

Looking ahead to the future, there just may not be as many volunteers to help with those calls.