After 15 years, the Mars Opportunity rover’s mission has ended 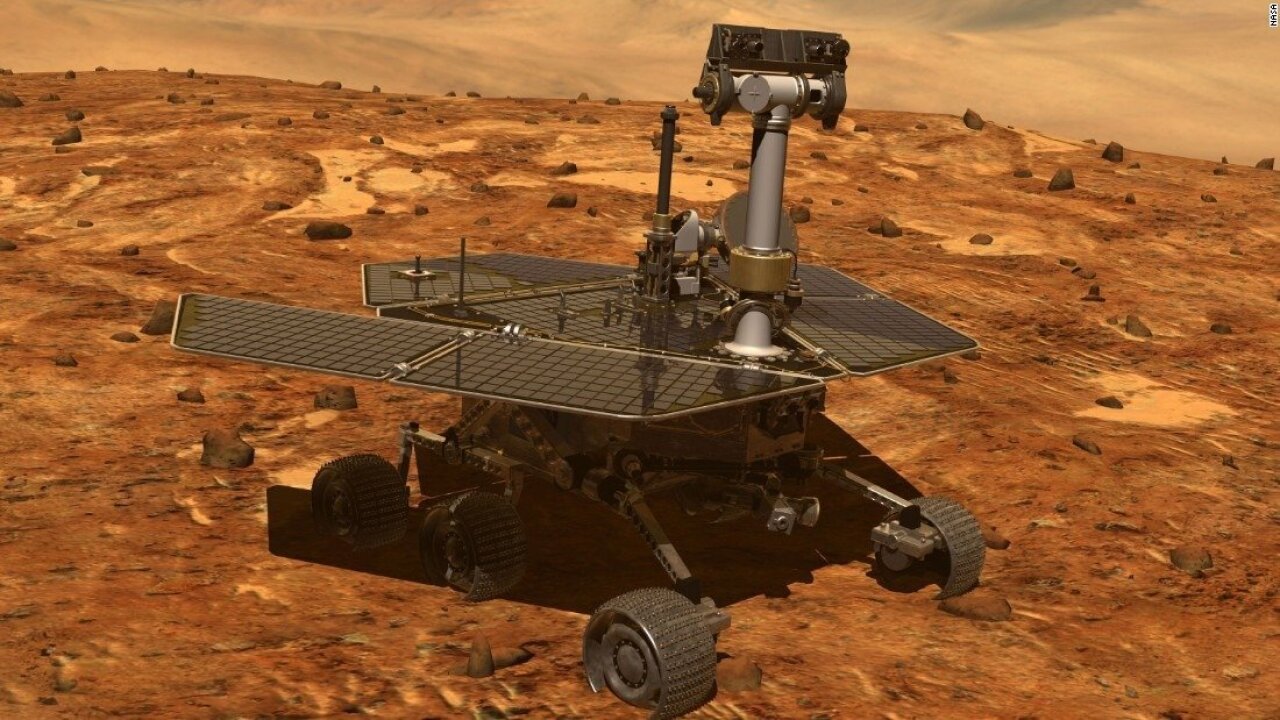 It may be time to finally say goodbye to the Opportunity rover. NASA will hold a press conference at 2 p.m. ET today to discuss the results of recovery efforts since a dust storm encircled Mars last year.

It may be time to finally say goodbye to the Opportunity rover. NASA will hold a press conference at 2 p.m. ET today to discuss the results of recovery efforts since a dust storm encircled Mars last year.

It’s time say goodbye to the Opportunity rover. The rover’s team made its last attempt to contact Opportunity on Tuesday night, and it went unanswered. On Wednesday, NASA confirmed that the mission is over.

The agency held a news conference to discuss the results of recovery efforts since a dust storm encircled Mars last year.

Solar-powered Opportunity hasn’t communicated with engineers since June 10. Dust has blocked out the sunlight, and even the expected winds from November through January haven’t helped clear Opportunity’s sensors and panels. Engineers tried different things to revive Opportunity, sending repeated signals and commands to attempt to fix other potential issues. They’ve sent more than 835 recovery commands that remain unanswered.

When Opportunity’s twin, Spirit, became mired in soft soil in 2009 and its five working wheels couldn’t free the rover, NASA held a “service” to commemorate the end of the mission in May 2011.

“Oppy,” as the rover is affectionately known, has well outlasted her original 90-day mission. Instead, the rover has persisted for 15 years, sending back incredible data and photos from Mars to help unravel the Red Planet’s secrets.

Opportunity and Spirit launched in 2003 and landed on Mars in 2004, searching for signs of ancient life. Opportunity’s mission has led to many discoveries about the Red Planet, but perhaps the most exciting was when Opportunity found evidence that Mars once had water and supported conditions for sustaining microbial life.

Opportunity not only leaves behind a legacy of discovery, it became the longest-running rover. It traveled 28 miles and captured 217,594 raw images. It will probably stay where it fell silent in Perseverance Valley.

This is the last image the rover’s panoramic camera captured before the rover communicated to engineers that its power was running low and that the dusty conditions were making things quite dark.

Meanwhile, the Curiosity rover, which was unaffected by the storm, and the stationary InSight lander continue to study the Red Planet and carry on missions of discovery that were founded by Opportunity and Spirit.

On Tuesday, InSight deployed its “mole,” or heat flow probe, on the Martian surface, and in the coming weeks, it will be the first probe to go more than 16 feet below the surface. This will determine Mars’ subsurface temperature and thermal conductivity.