Hampton Roads-built carrier helped turn the tide in WWII, now its wreckage has been found 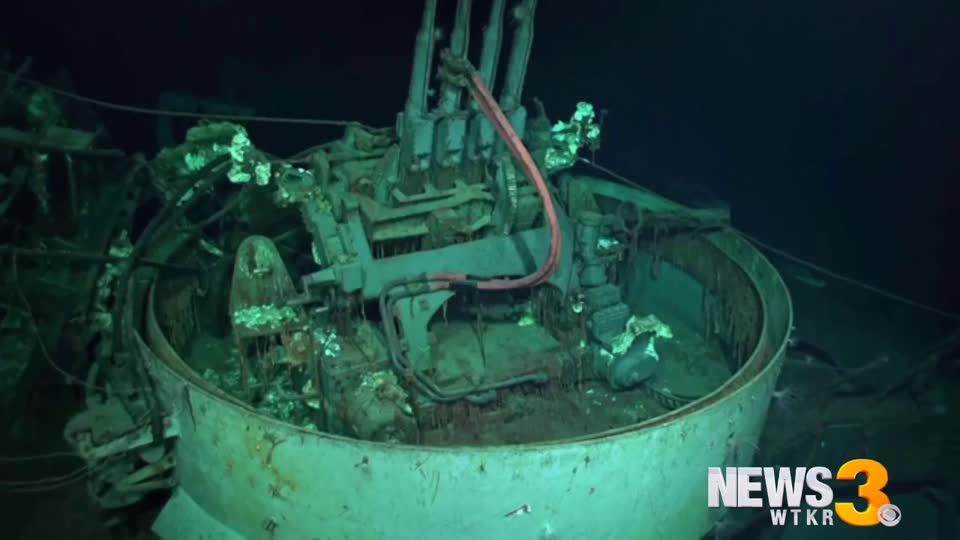 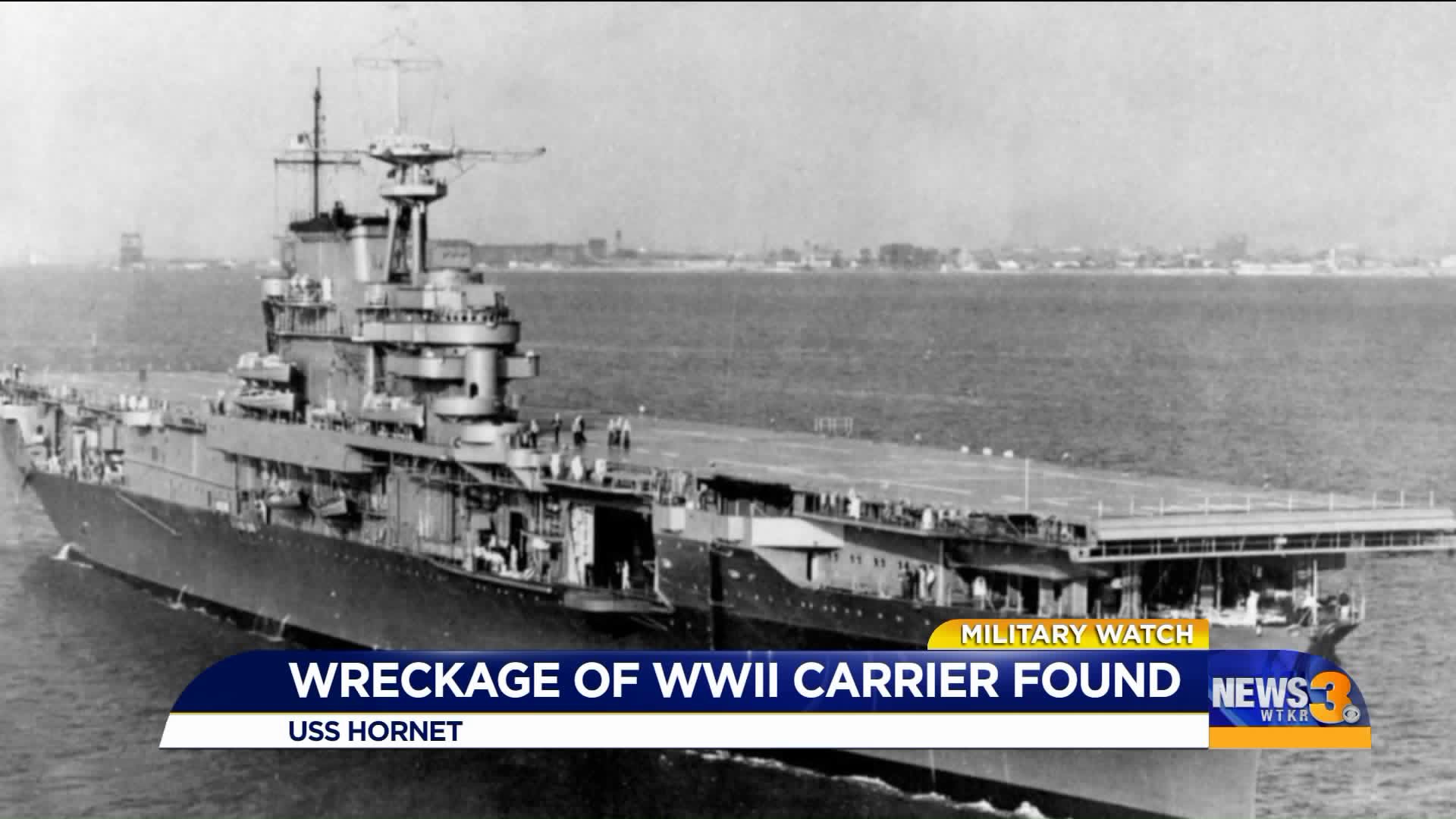 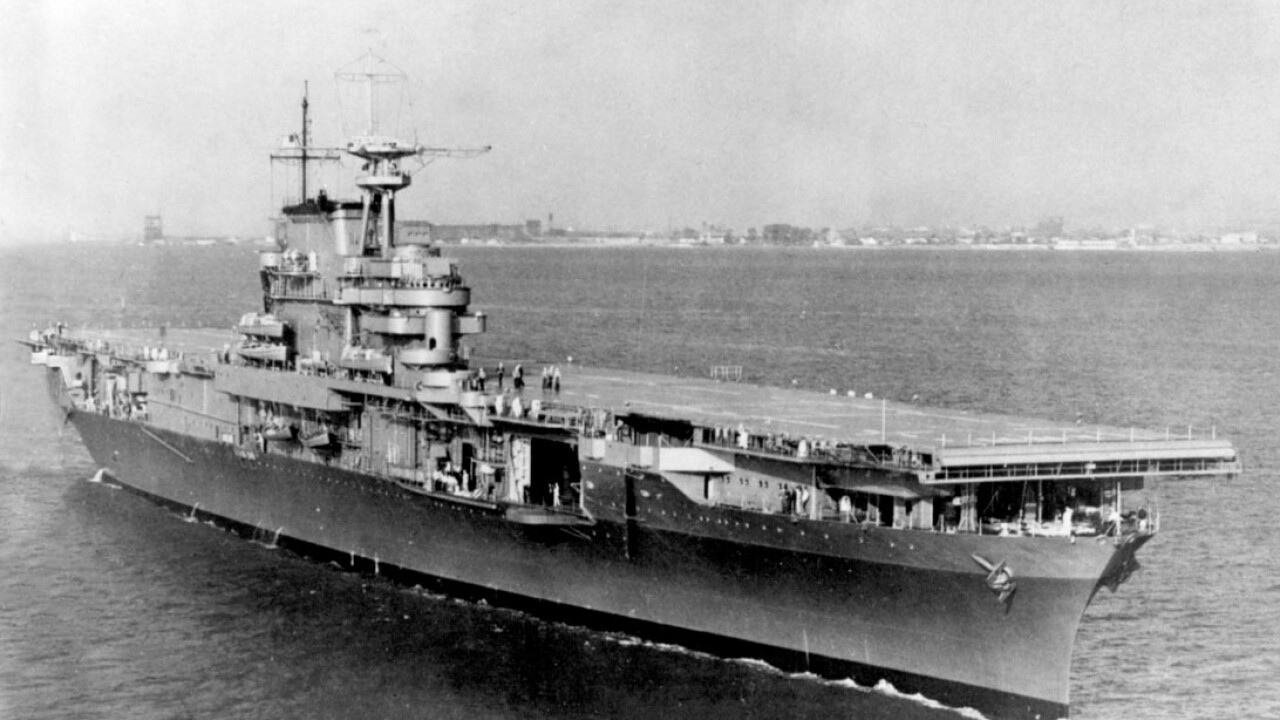 NORFOLK, Va. - The wreckage of a World War II-era aircraft carrier built in Hampton Roads that played a pivotal role in the war has finally been located.

The Navy announced Tuesday that the wreckage of the USS Hornet (CV-8) was located on the floor of the South Pacific Ocean near the Solomon Islands last month. It was found about 17,500 feet below the surface by the expedition crew of the research Research Vessel Petrel, started by Microsoft co-founder Paul Allen.

The Hornet had deep connections to Hampton Roads before it headed to the Pacific during World War II. The carrier was built at what is now Newport News Shipbuilding starting in 1939 and quickly joined the fleet, being commissioned at the Norfolk Navy Base on October 20, 1941.

After training in Hampton Roads, the USS Hornet headed to the Pacific to join the war effort.

In April of 1942, the Hornet took part in the Doolittle Raid, the first airborne attack of targets in Japan, including Tokyo. 16 B-25 bombers were launched from the Hornet, and while they were unable to land in China, the raid put Japan on notice and boosted American morale.

A few months later in June, the Hornet was one of three American carriers that surprised and sank four Japanese carriers at Midway. Historians consider this the turning point of the war in the Pacific.

In October of that same year, the crew of the Hornet was forced to abandon the ship during the Battle of Santa Cruz Island after a relentless attack by Japanese dive-bombers and torpedo planes. 111 Sailors from the crew of nearly 2,200 were lost.

"With the loss of Hornet and serious damage to Enterprise, the Battle of Santa Cruz was a Japanese victory, but at an extremely high cost,” said retired Rear Admiral Samuel Cox, director of Naval History and Heritage Command, in a release. “About half the Japanese aircraft engaged were shot down by greatly improved U.S. Navy anti-aircraft defenses. As a result, the Japanese carriers did not engage again in battle for almost another two years."

Vice Chief of Naval Operations Admiral Bill Moran said of the Hornet, "Although her service was short-lived, it was meteoric. As America's Navy once again takes to the sea in an uncertain world, Hornet's discovery offers the American Sailor a timeless reminder of what courage, grit and commitment truly look like. We'd be wise as a nation to take a long, hard look. I'd also like to thank the crew of Petrel for their dedication in finding and honoring her sacrifice."

A 10-person expedition team from the R/V Petrel was able to locate the Hornet by piecing together information from archives including deck logs and action reports from other ships engaged in the Battle of Santa Cruz Island.

The wreckage was discovered on the first dive mission of the autonomous underwater vehicle, and confirmed by video footage. 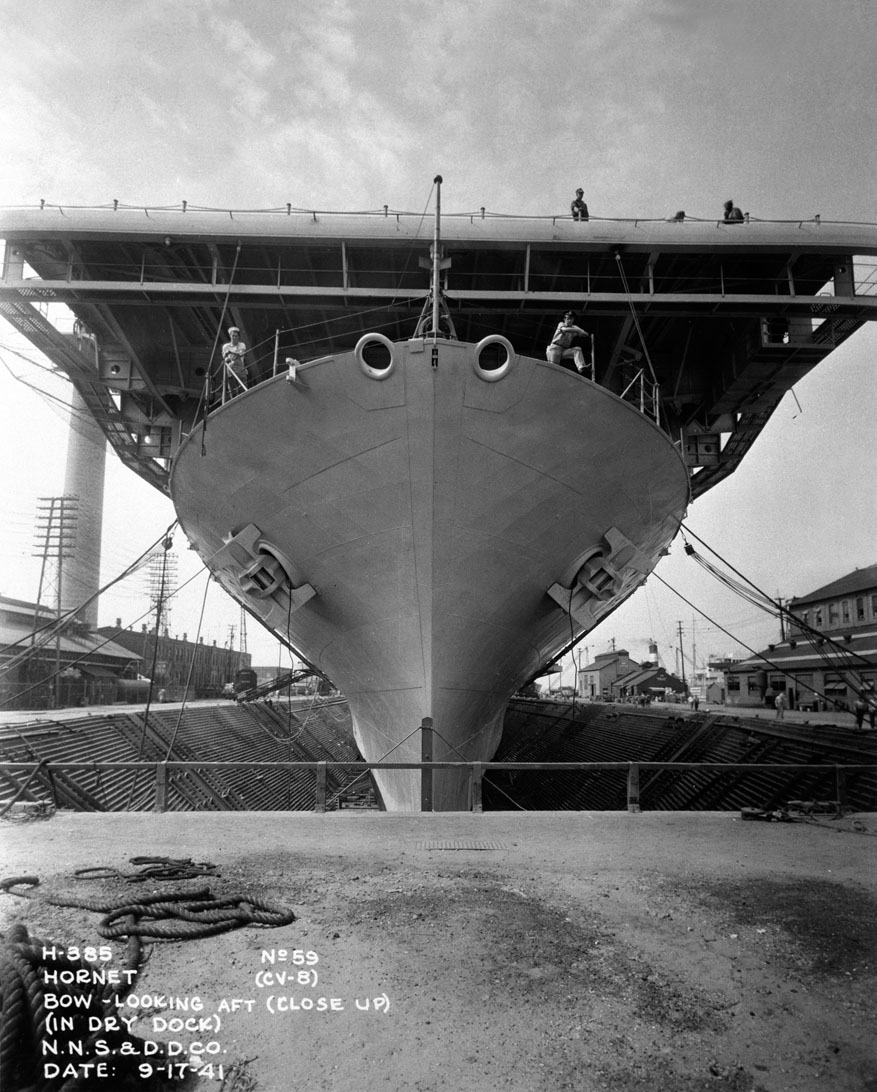