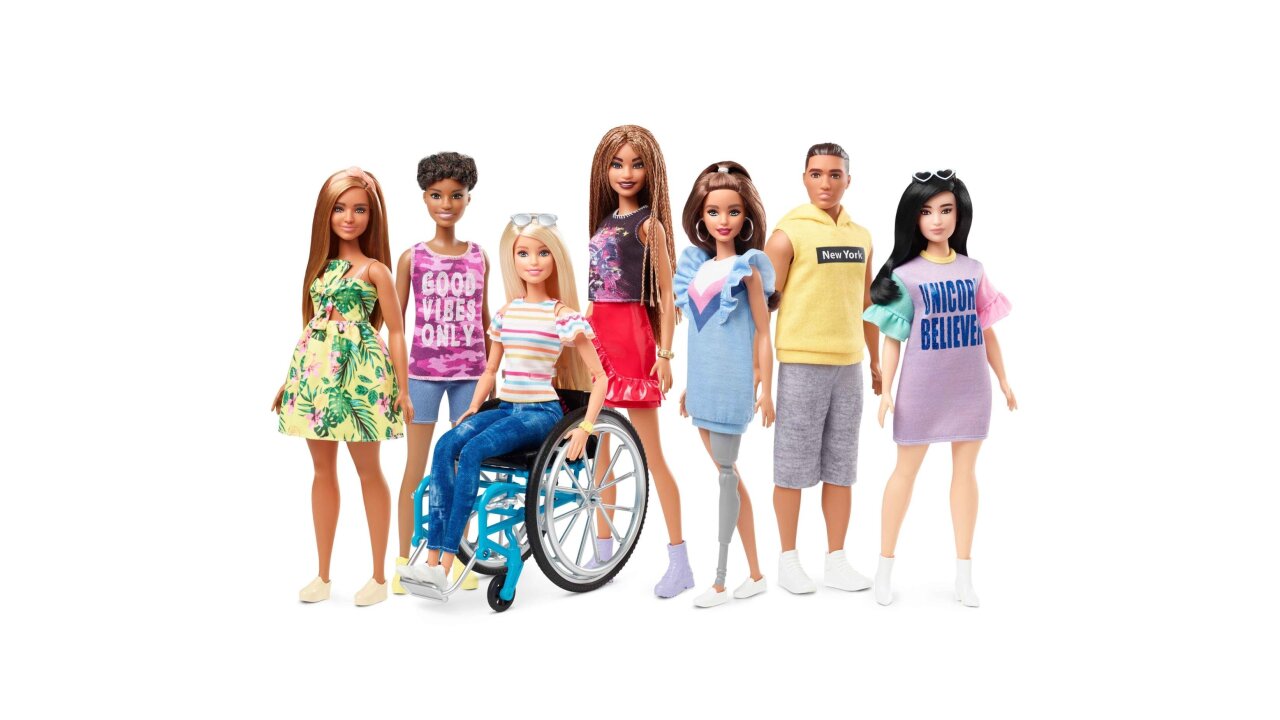 Barbie released this photo of dolls in its new Fashionistas line.

Barbie released this photo of dolls in its new Fashionistas line.

In June, Barbie will debut a doll with a prosthetic leg and another that comes with a wheelchair.

The new dolls are part of Mattel’s 2019 Barbie Fashionistas line, which aims to offer kids more diverse representations of beauty.

“As a brand, we can elevate the conversation around physical disabilities by including them into our fashion doll line to further showcase a multi-dimensional view of beauty and fashion,” Mattel said in a statement.

Mattel collaborated with Jordan Reeves, a 13-year-old disability activist who was born without a left forearm, to create the doll with the prosthetic limb, which can be removed for a “more realistic” play experience. The toymaker also worked with UCLA Mattel Children’s Hospital and wheelchair experts to design a wheelchair, which the company said has been one of the most requested accessories from Barbie fans.

“While there are many types of wheelchairs, this chair is modeled after one that is designed for an individual who has a permanent physical disability,” Mattel said in a statement.

The company also plans to sell a ramp to accompany the wheelchair.

The dolls’ new looks are a hit with disability rights activists.

It’s symbolic that “a big icon of society like Barbie now demonstrates or shows that there are different types of people … [who] can be attractive and something kids want to play with,” said Curt Decker, executive director of the National Disability Rights Network.

Decker said he hopes the new dolls can remove stigmas surrounding disabilities and show kids that there is “nothing wrong” with people who have them.

More than 1 billion people in the world have a disability, according to Jennifer Laszlo Mizrahi, president of RespectAbility, an advocacy group for people with disabilities.

“We want to see ourselves reflected in the culture, toys, products and everything around us,” Mizrahi said. “Barbie joins a number of powerful companies who also understand that marketing, and including, people with disabilities is both the right thing to do and the profitable thing to do.”

It’s part of a recent effort by Barbie to incorporate more diversity by offering dolls with different skin shades, eye colors, hairstyles and clothing. Mattel in 2017 introduced the first Barbie to wear a hijab, and the toymaker is considering creating a same-sex Barbie wedding set.