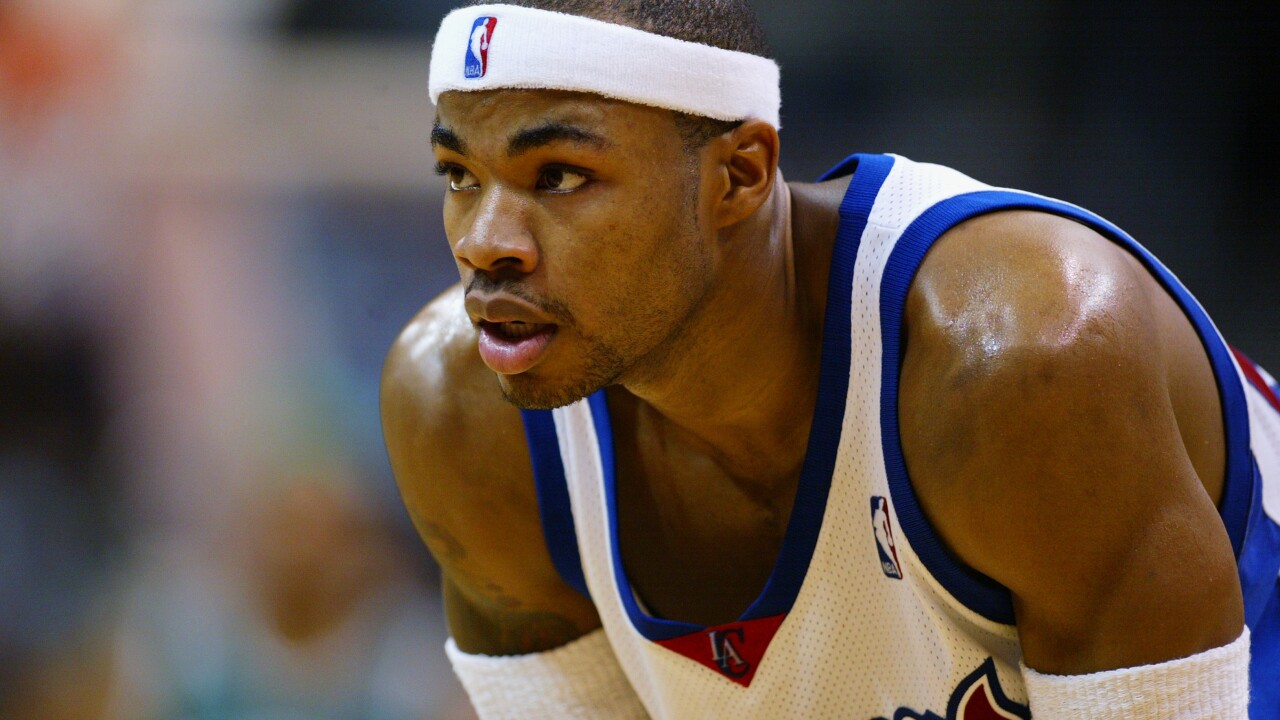 LOS ANGELES – FEBRUARY 15: Corey Maggette #50 of the Los Angeles Clippers leans in during the NBA game against the Boston Celtics at Staples Center on February 15, 2003 in Los Angeles, California. The Celtics won 92-84. NOTE TO USER: User expressly acknowledges and agrees that, by downloading and/or using this Photograph, User is consenting to the terms and conditions of the Getty Images License Agreement. (Photo by Lisa Blumenfeld/Getty Images)

Meredith Watson, who has accused Virginia Lt. Gov. Justin Fairfax of rape, also says she was raped by former Duke University basketball player Corey Maggette, according to her attorney.

OAKLAND, CA – JANUARY 18: Corey Maggette #50 of the Golden State Warriors in action during their game against the Chicago Bulls at Oracle Arena on January 18, 2010 in Oakland, California. (Photo by Ezra Shaw/Getty Images)

The New York Times first reported Maggette was the Duke basketball player who Watson’s attorney accuses of raping Watson during her sophomore year at Duke.

Maggette, who went on to play 14 seasons in the NBA and is now a freelance basketball analyst on Fox Sports West, denied the allegation in a statement to the Times.

“It has only been through media accounts and a statement from Meredith Watson’s lawyer that I first learned or heard of anything about the sexual assault allegation,” Maggette said, according to the Times. “I have never sexually assaulted anyone in my life and I completely and categorically deny any such charge.”

CNN has been unable to reach Maggette independently for comment.

“We are looking into the matter. We have no further comment at this time,” the network said.

Watson’s attorney, Nancy Erika Smith, said in a statement on Friday that after Watson was raped she went to an unnamed dean “who provided no help and discouraged her from pursuing the claim further.” Watson also told Fairfax, Smith said.

Michael Schoenfeld, vice president for public affairs and government relations for Duke, said in a statement, “We are in the process of gathering information to determine what policies and procedures were in place during the time period in which these events are alleged to have occurred, and whether they were activated and followed. We are not able to provide further information or comment on any individual at this time.”

Smith says Fairfax used his knowledge of that assault allegation to take advantage of Watson.

Watson has alleged that Fairfax assaulted her when they both attended Duke in 2000 and were friends but not romantically involved, according to a statement from her legal counsel, the firm Smith Mullin.

When Watson asked Fairfax why he did it, Smith says he responded: “I knew that because of what happened to you last year, you’d be too afraid to say anything.”

“Mr. Fairfax actually used the prior rape of his ‘friend’ against her when he chose to rape her in a premeditated way,” Smith said.

Fairfax released a statement Saturday denying the allegations of both Watson and Vanessa Tyson, who said in a statement that Fairfax forced his penis into her mouth at the 2004 Democratic National Convention.

“I say again without reservation: I did not sexually assault or rape Meredith Watson, Vanessa Tyson or anyone else,” Fairfax said in the statement.

“The one thing I want to make abundantly clear is that in both situations I knew at the time, and I know today, that the interactions were consensual.”

Fairfax said what he has “expressed is the truth.”

“I want to stand here in that truth and restate that my truth, as well as the truth of Dr. Tyson and Ms. Watson, should be fully investigated and thoroughly assessed,” Fairfax’s statement said. He called on the FBI to “investigate fully and thoroughly the allegations against me.”

On Friday, Democrat Patrick Hope, a member of the Virginia House of Delegates, told CNN he had begun the process of drafting articles of impeachment against Fairfax. However, on Monday Hope backed off his plans, saying in a tweet that “additional conversations” needed to take place before anything is filed.