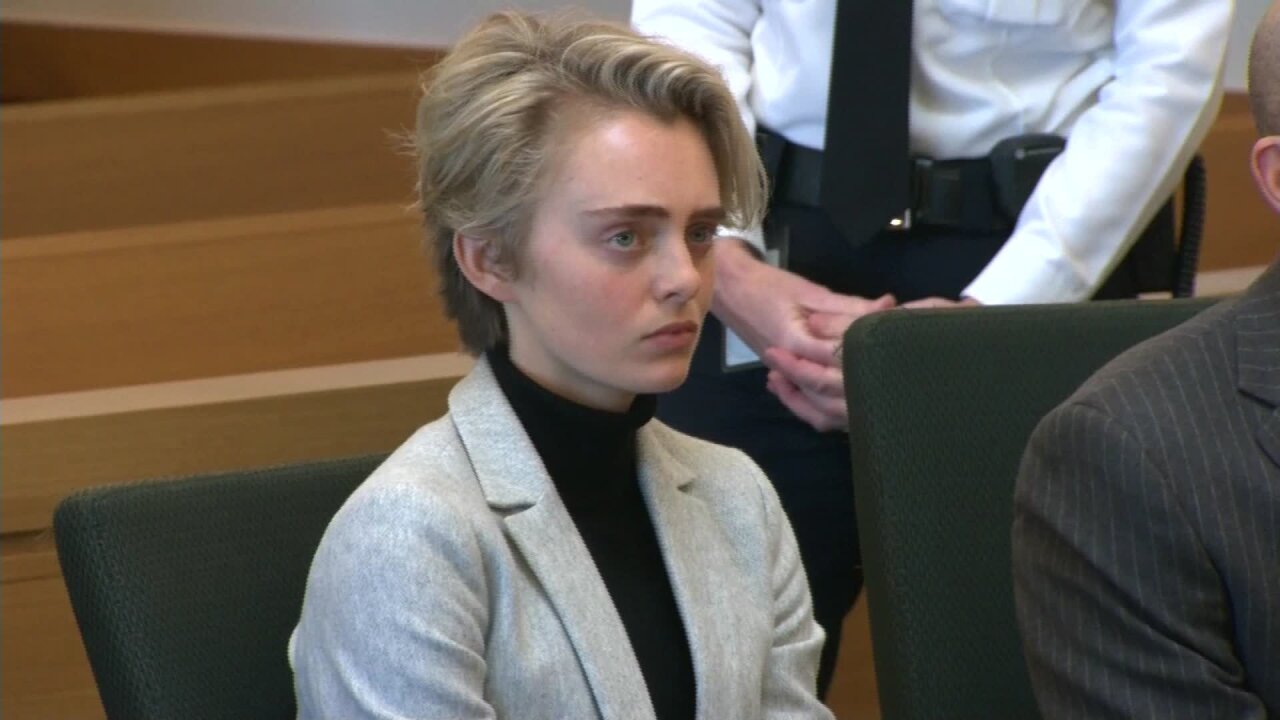 Carter was convicted of involuntary manslaughter in June 2017 after a judge determined that her texts to Conrad Roy III persuaded him to kill himself.

Bristol County Juvenile Court Judge Lawrence Moniz sentenced Carter to 15 months in jail in August 2017, but he allowed her to remain free while she appealed her conviction.

Related: Woman convicted of coercing boyfriend into suicide will remain free during appeal, for now

In a ruling this month, the Massachusetts Supreme Judicial Court upheld Carter’s conviction, saying the evidence showed that her conduct caused Roy’s death by suicide.

On Monday, deputies led Carter out of the Taunton, Massachusetts, courtroom after Moniz granted the Commonwealth’s request to revoke the stay of her sentence.

The case raised free speech questions about whether a person should be held responsible through their words for someone else’s actions.

Carter’s lawyers said they filed an emergency motion on Monday asking to extend the stay of her sentence while she appeals her conviction to the US Supreme Court.

“The Roy family is glad to have this aspect of the case over,” the family’s attorney, Eric S. Goldman, said in a statement. The family continues to pursue a civil claim for damages and hopes to establish a fund in their son’s name to educate people about suicide prevention.

Carter was 17 years old when Roy, 18, died in July 2014. The case hinged on text messages between the two in which Carter urged Roy to kill himself.

Prosecutors argued that Carter listened over the phone as Roy suffocated from carbon monoxide inhalation in his pickup truck and failed to notify his parents or authorities when he died.

Carter’s lawyers argued that her words encouraging Roy’s suicide, “however distasteful to this court, were protected speech.”

“Massachusetts would be the only state to uphold an involuntary manslaughter conviction where an absent defendant, with words alone, encouraged another person to commit suicide,” the attorneys said in their motion.

In the February 6 ruling, the state’s highest court ruled that Carter “helped plan how, where, and when” Roy would kill himself. Carter “downplayed” Roy’s fears about how his death by suicide would affect his family, the judges said, and “repeatedly chastised him for his indecision.”

Carter’s attorney said earlier this month that the ruling upholding the conviction was based on a narrative the evidence did not support.

“Today’s decision stretches the law to assign blame for a tragedy that was not a crime. It has very troubling implications, for free speech, due process, and the exercise of prosecutorial discretion, that should concern us all,” lawyer Daniel Marx said.