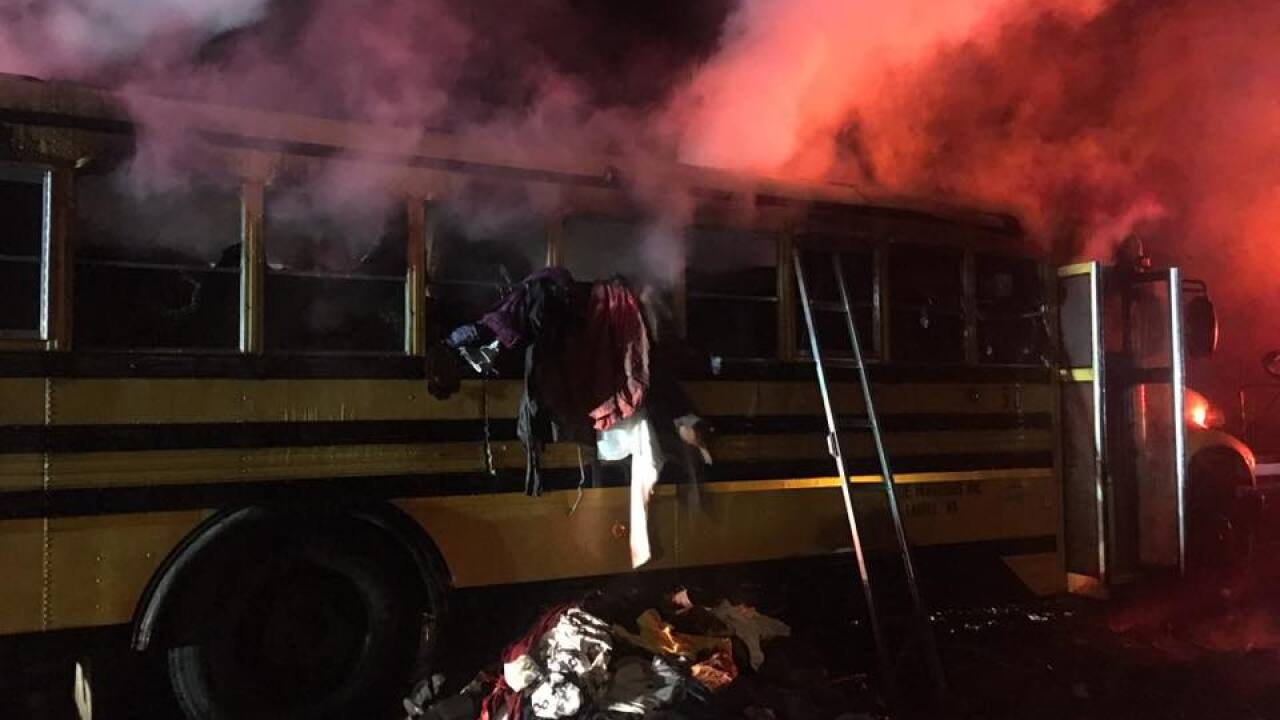 Around 9:16 p.m. Saturday, Gaston Fire-Rescue-EMS responded to a call for a smoking school bus on I-95 S near the 175 mile marker in Garysburg. Crews arrived to find heavy smoke coming from the full-size school bus.

The driver of the bus was out of the vehicle and was not hurt.

Firefighters put out the flames, removed the burned material from the vehicle and made access to parts of the bus using hydrolic cutters, chainsaws, and K saws.

One southbound lane of I-95 was closed for about five hours.

Redwine’s Garage removed the bus from the scene and took it to their facility on NC 46 in Garysburg. Additional overhaul operations were performed at this location.

To make sure that all of the fire was extinguished, firefighters removed all of the debris inside the bus.

Twenty volunteer firefighters spent nearly eight and a half hours working this incident.

Authorities say while the cause of the fire is unknown, it is not suspicious in nature.