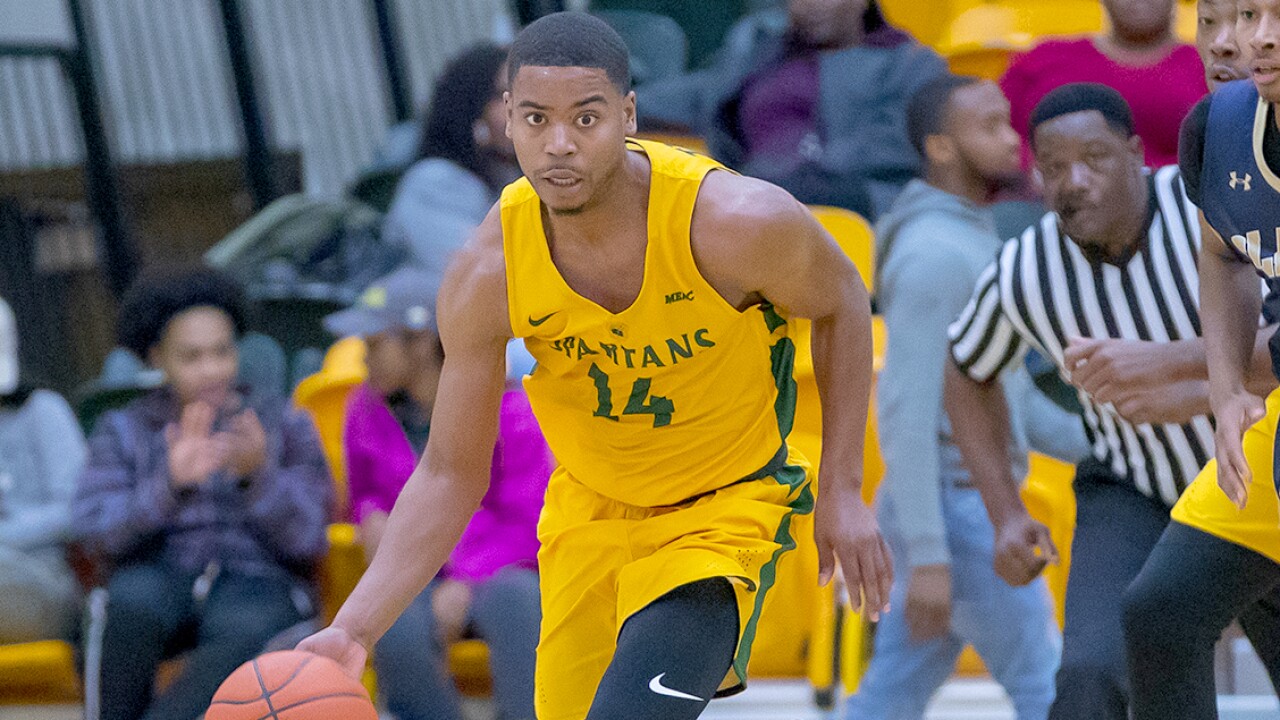 In a game shown live on ESPNU, Thomas had a shooting night that included 6-of-12 overall, 4-of-6 from beyond the arc, and a perfect 10-of-10 from the charity stripe. He carried a Spartan team that held the Rattlers to a 34 percent overall clip for the game.

NSU never trailed in the contest and led by as much as 20 late in the game. The Spartans improved to 9-1 in the MEAC as well as 14-11 overall.

Thomas was one of two Spartans in double figures along with senior Jordan Butler with 10 points. The Spartans made nearly 43 percent from the floor while getting it done at the free throw line, sinking their first 14 attempts before missing the last three.

The Spartans came out on fire and scored the first 12 points of the game. Florida A&M (10-16, 7-4 MEAC) countered with a 13-3 run that made it a 15-13 ballgame more than eight minutes in, the closest the Rattlers got all evening. Free throws from Thomas helped push the lead back to seven, and buckets by Butler and freshman Joe Bryant Jr. made it a nine-point ballgame with 7:26 to go.

It was the second of two dunks by Butler, with the first one SportsCenter Top 10 worthy. But the Rattlers were able to cut the deficit to four at 27-23 with three and a half minutes left after Justin Ravenel made a 3-pointer after a long scramble for a rebound. NSU, however, went into the half up by seven at 33-26 after sophomore Mastadi Pitt’s layup with time winding down.

The Spartans made 3-of-6 from deep in the first half but shot just 39 percent overall. Florida A&M made 32 percent for the half.

The Spartans went ahead by 14 early at the start of the second half after scoring the first seven points of the period. It was part of a larger 12-3 run that gave them their largest lead up to that point at 16 points, 45-29.

Thomas kept the Spartans ahead by at least 12 thanks in part to three 3-pointers. In fact, the Spartan lead fluctuated between 12 and 16 points for seven and a half minutes of game action. The lead eventually stretched to 20 after Thomas made a long 2-pointer, but the Rattlers scored the last eight points of the game for the final margin.

Ravenel had 18 points on 5-of-12 shooting to lead Florida A&M. Isaiah Martin added 10 points and nine boards, and Tracy Hector also had nine boards as the Rattlers held the edge on the glass.

NSU shot 6-of-14 from deep and held the Rattlers to 23 percent shooting from beyond the arc. FAMU also made just 15-of-28 from the free throw line.