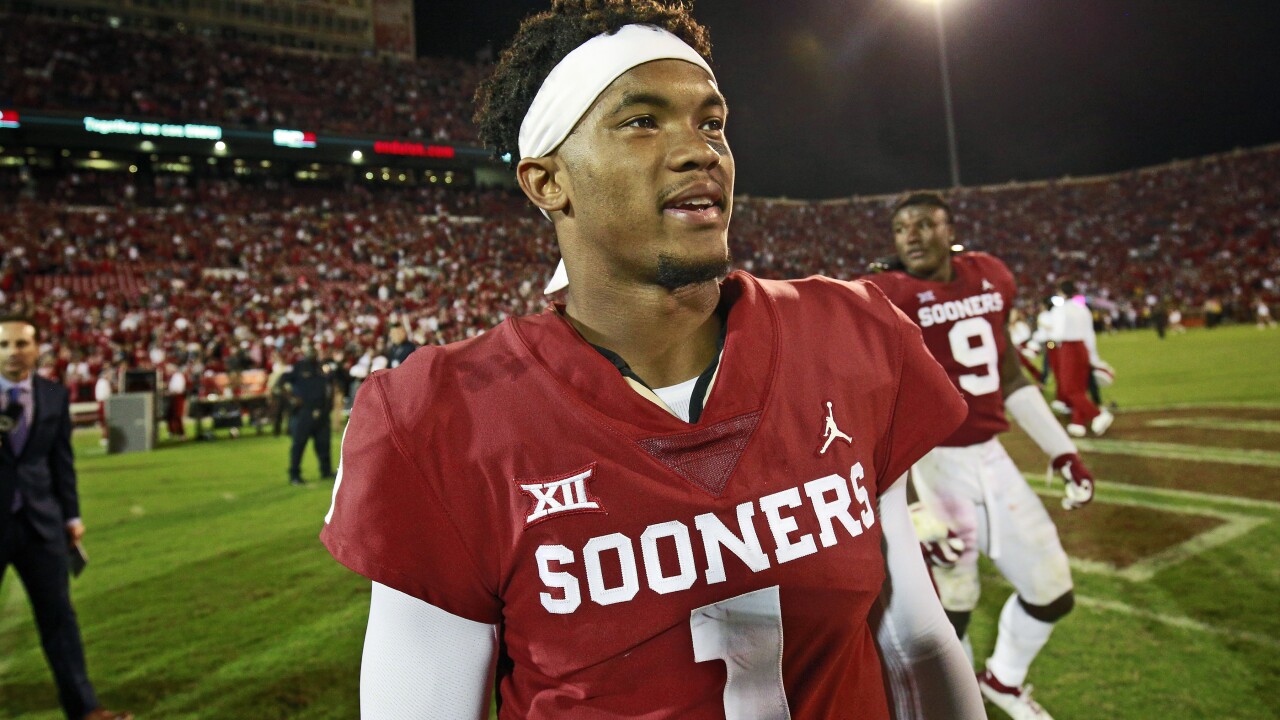 Kyler Murray, the defending Heisman Trophy-winning quarterback from the University of Oklahoma, has announced his intentions to pursue an NFL career. He did so with a post to his Twitter account Monday – the week he was expected to report to Major League Baseball spring training.

“Moving forward, I am firmly and fully committing my life and time to becoming an NFL quarterback,” Murray wrote. “Football has been my love and passion my entire life. I was raised to play quarterback and I very much look forward to dedicating 100 percent of myself to being the best quarterback possible and winning NFL Championships. I have started an extensive training program to further prepare myself for upcoming NFL workouts and interviews. I eagerly await the opportunity to continue to prove to NFL decision makers that I am the franchise QB in this draft.”

Murray asked for, and was granted permission, to continue his college football career for at least one more season after signing with Oakland.

“The risk of the football, in our opinion, was outweighed by the upside on the baseball field,” A’s director of scouting Eric Kubota told the San Francisco Chronicle. “We’re totally on board with his desire to play quarterback at Oklahoma and frankly, we’re kind of excited to be Oklahoma fans for 12 games. That’s not easy for a Cal guy to say.”

Declaring for the NFL Draft doesn’t mean Murray has chosen to play football over baseball. It’s just a way for the QB to keep his options open.