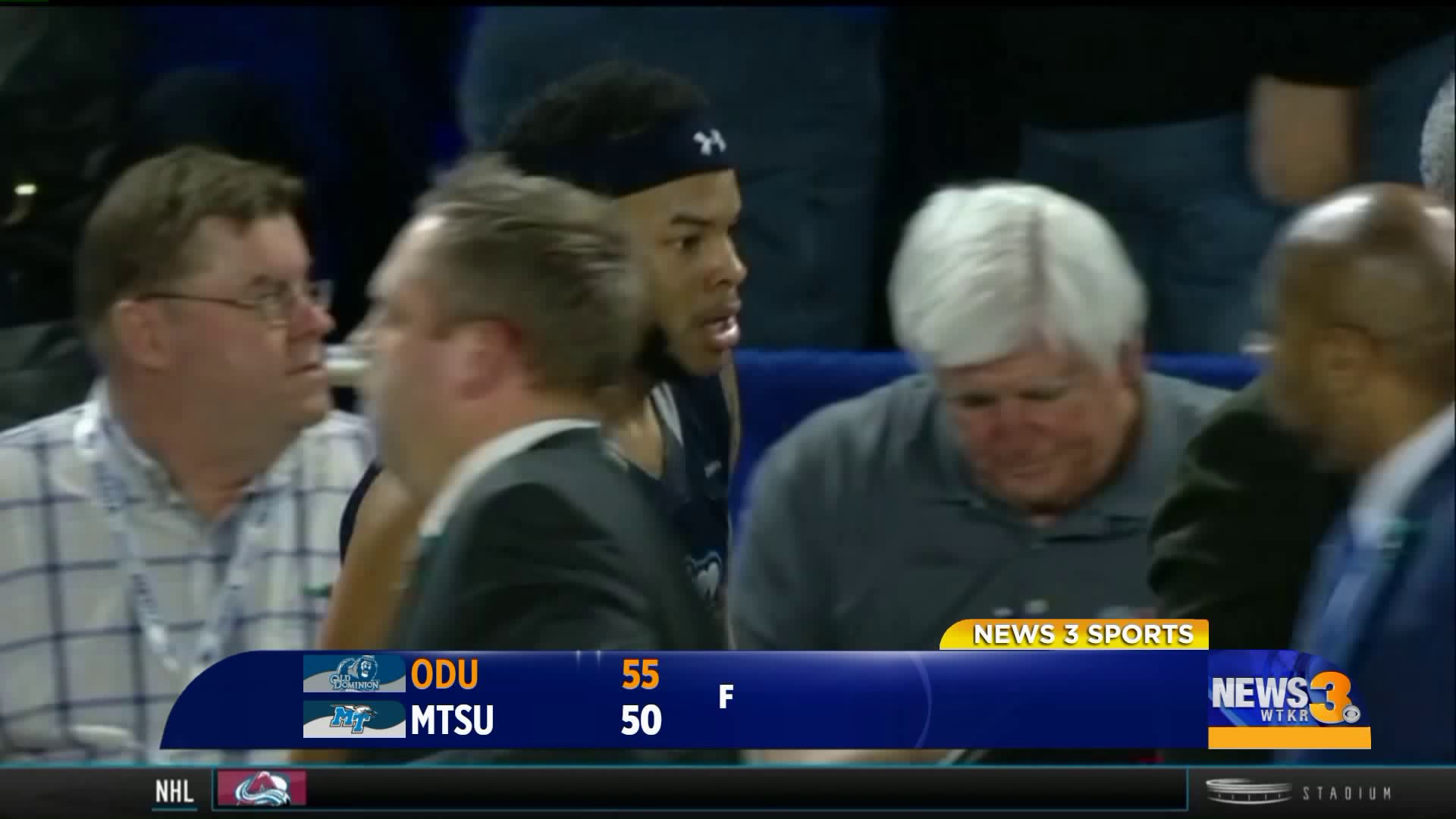 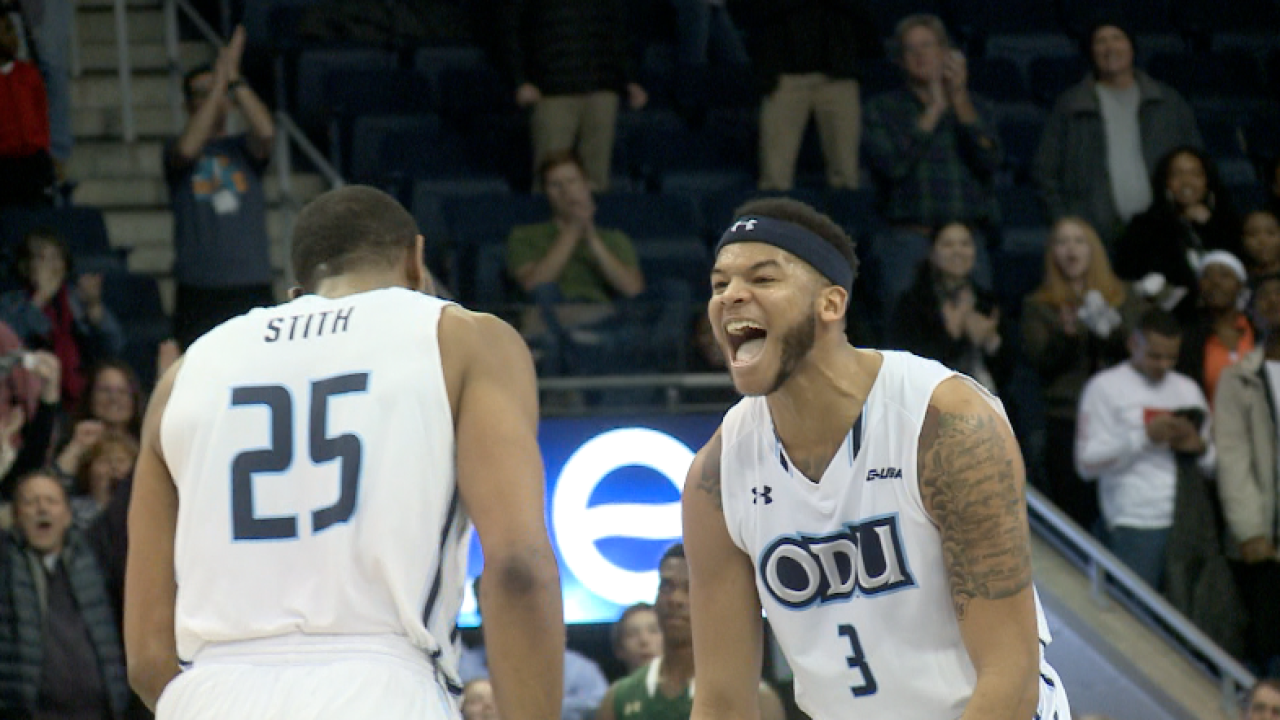 MURFREESBORO, Tenn. (ODUSports.com) - The Old Dominion men’s basketball team (20-6, 10-3 C-USA) defeated Middle Tennessee (8-17, 6-7 C-USA) for the first time in school history by a 55-50 score on Saturday night at the Murphy Center. With the win, the Monarchs remain in first place in league play.

Brandan and BJ Stith celebrate after a dunk.

ODU has now won four straight, nine of its last 10 and 18 of its last 21 games. Old Dominion has won 20 or more games in four of its past five seasons.

ODU started the second half on a 10-2 run, eight of which were scored by Ahmad Caver, giving the Monarchs a 31-25 advantage at the 16:24 mark. The Blue Raiders reclaimed the lead with 8:14 to play, 41-39. An 8-0 ODU run (six points from B.J. Stith) gave the Monarchs a 54-48 lead with 1:47 remaining in regulation, ultimately propelling Old Dominion to a five-point victory in Murfreesboro on Saturday night.

Stith scored 17 of his game-high 20 points in the second half, complimenting his nine boards. Caver finished with 12 points, three rebounds and two assists. Jason Wade recorded a career-high 11 points to go along with four rebounds. Aaron Carver hauled down a game-high 13 rebounds, while Dajour Dickens tied his career-high of five blocks.

Old Dominion will return to the hardwood on Saturday, Feb. 16, when the Monarchs welcome Charlotte to the Ted Constant Convocation Center for a 2:00 p.m. ET tip, which will stream on ESPN+.