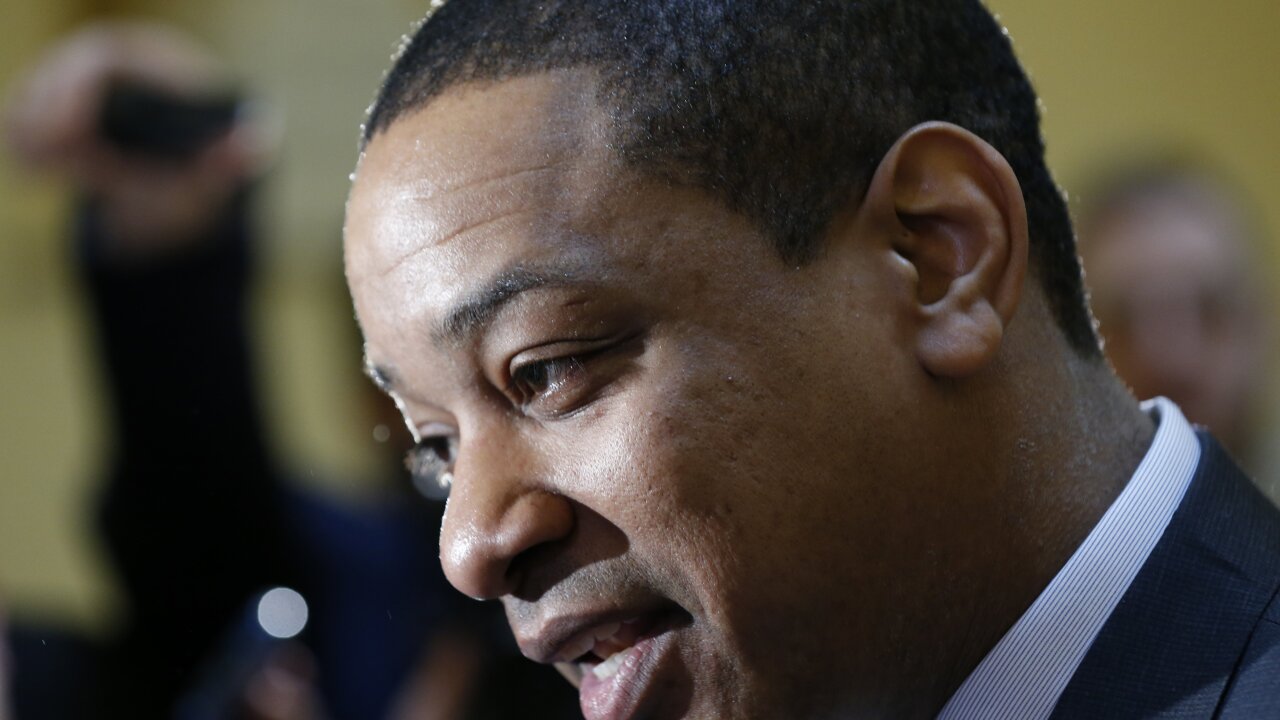 The embattled lieutenant governor of Virginia released a statement on Saturday, denying recent allegations of sexual assault and rape as the state continues to find its top Democratic leaders embroiled in scandal.

“I say again without reservation: I did not sexually assault or rape Meredith Watson, Vanessa Tyson or anyone else,” Lt. Gov. Justin Fairfax said in the statement.

Fairfax was accused by two women of sexual assault, including rape by one of the women. In his statement on Saturday, he acknowledges both interactions with the women, but says both instances were consensual.

“The one thing I want to make abundantly clear is that in both situations I knew at the time, and I know today, that the interactions were consensual,” he said.

One of the women, Vanessa Tyson, said in a statement earlier this week that at the 2004 Democratic National Convention, Fairfax “put his hand behind my neck and forcefully pushed my head towards his crotch,” and said that he “forced his penis into my mouth.”

In response to the allegation, Fairfax in his Saturday statement said: “I heard from Dr. Tyson after the 2004 Convention, and she never said or otherwise indicated that our interaction was not consensual or caused her any discomfort.”

On Friday, a second woman, Meredith Watson, alleged that Fairfax had raped her in a “premeditated and aggressive” incident that she says took place when they both were attending Duke University in 2000.

Watson’s legal team released an email exchange between her and a former Duke classmate from October 2016, in which Watson responds to an invitation to a fundraiser for Fairfax by saying, “Justin raped me in college and I don’t want to hear anything about him. Please, please, please remove me from any future emails about him please, Thank you!”

Fairfax also addressed Watson’s claim in his statement, saying: “Regarding Ms. Watson, I knew Ms. Watson in college both before and after the encounter, and she never said to me that our interaction was not consensual or caused her any discomfort.”

The top three Democrats in Virginia’s state government are currently dealing with various scandals — Gov. Ralph Northam and state Attorney General Mark Herring both admitted to having worn blackface in the 1980s.

“What I have just expressed is the truth. I want to stand here in that truth and restate that my truth, as well as the truth of Dr. Tyson and Ms. Watson, should be fully investigated and thoroughly assessed,” Fairfax’s statement said, also calling on the FBI to “investigate fully and thoroughly the allegations against me.”