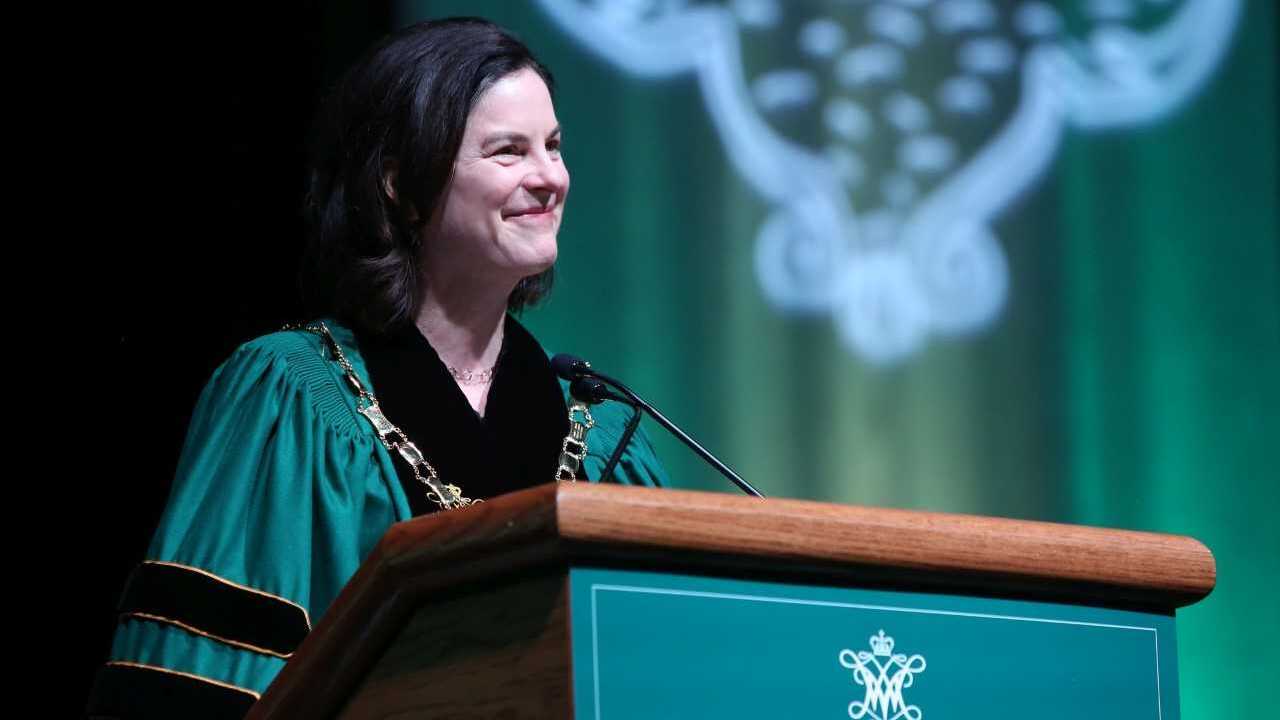 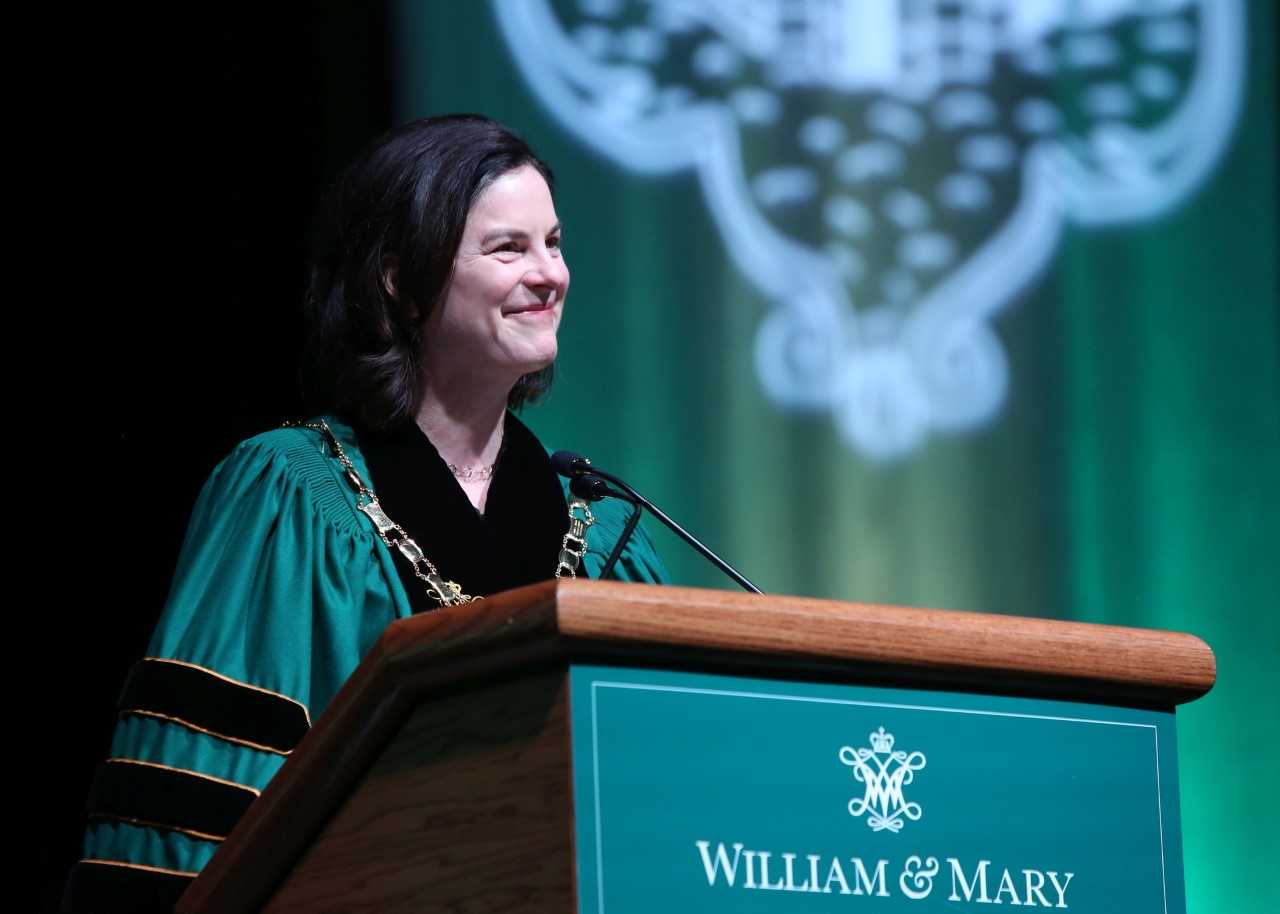 WILLIAMSBURG, Va. – The College of William and Mary just inaugurated its first female president and re-invested its chancellor.

Katherine A. Rowe is now the 28th president and the 24th re-invested chancellor is former Secretary of Defense Robert M. Gates.

Rowe is the first female president of the university. The inauguration and re-investiture were part of William & Mary’s Charter Day events marking their 326th anniversary of founding.

In her remarks during the ceremony, President Rowe said:

“And at a liberal arts & sciences university of W&M’s size, we can connect diverse disciplines and modes of thinking in flexible ways, as partners with industry and governance. We have the privilege and obligation to plan for the long term, and to do so sustainably.”

“326 years ago, we were founded on the impulse to try for the two-point conversion, to expand in unlikely directions, to cultivate surprising ideas. Now, on the 100th anniversary of co-education and 50 years after our first African American students were in residence, we celebrate each change that makes us more ourselves.”