Two-vehicle crash in Hampton leaves one dead, mom and infant airlifted to the hospital 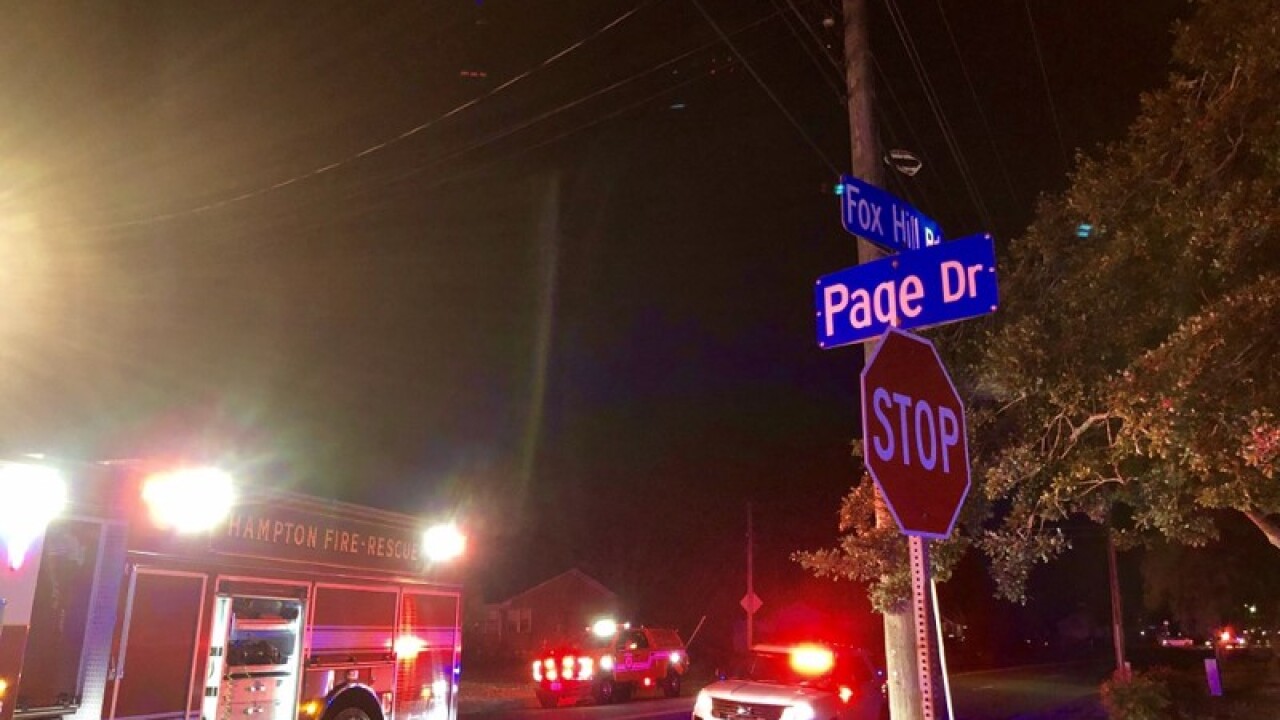 Members of the Hampton Police Division and the Hampton Division of Fire and Rescue on scene at the intersection of Fox Hill Road and Page Drive.

Members of the Hampton Police Division and the Hampton Division of Fire and Rescue on scene at the intersection of Fox Hill Road and Page Drive.

HAMPTON, Va. – A two-vehicle crash that resulted in a fatality on February 9, is being investigated by the Hampton Police Division.

At around 7:45 p.m., officers were called to the intersection of Fox Hill Road and Page Drive for a two-vehicle crash that involved a Chevrolet Camaro and a Chevrolet Cobalt.

Officers found both vehicles that had been involved in the crash upon arrival. The male driver of the Chevrolet Camaro, 23-year-old Thomas Christopher Westfall of Hampton, was pronounced deceased on the scene by members of the Hampton Division of Fire and Rescue.

The Chevrolet Cobalt was being driven by a female and an infant was also in the vehicle. They were both airlifted by Nightingale to a local hospital.

While the woman and infant both suffered injuries that were initially considered to be life-threatening, on Monday police said they are both in stable condition.

No charges have been placed at this time. The crash remains under investigation by the members of the Hampton Police Division’s Reconstruction Team.