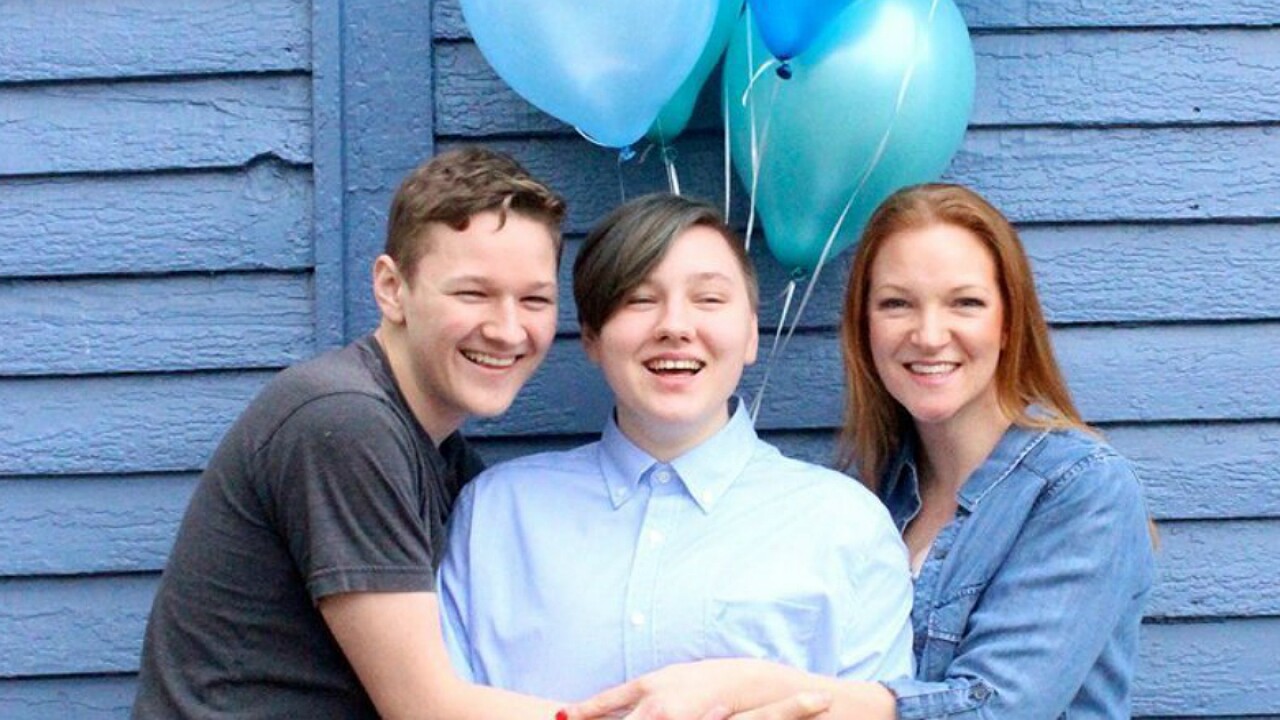 There were balloons, confetti and a big teddy bear — all the usual trappings of an extravagant gender reveal photo shoot. But this Kentucky mom’s celebration had a twist: it was a gender reveal for her 20-year-old transgender son.

“He thought I was insane,” Heather Green told CNN.

“How do you tell people your daughter is now your son? But not only now your son, but has always been your son.”

Last September, Green’s son, Adrian Brown, told her he’d be transitioning. Green says she didn’t just want to support the journey; she wanted to celebrate it. And that’s what she did last month, when Brown turned 20.

Staying true to the cute and quirky nature of the gender reveal trend, Green posed in a fake belly bump with blue balloons, while Brown lay next to a teddy bear swaddled in a blanket.

Expecting parents always say they don’t care if it’s a boy or a girl as long as the child is healthy, Green said. “Not sure at what point that changes.”

“It’s not enough to support and accept everyone, but it’s time we start celebrating our differences,” she added.

As for Brown, he didn’t expect the reaction the photos got when they were posted online.

“It breaks my heart that not everyone gets the support that I do,” Brown told CNN. He said he’s heard thousands of stories of people who were inspired by the shoot.

The most striking, he said, was a transgender boy in school who had previously considered suicide before seeing the post. “I never imagined that it would actually save lives.”