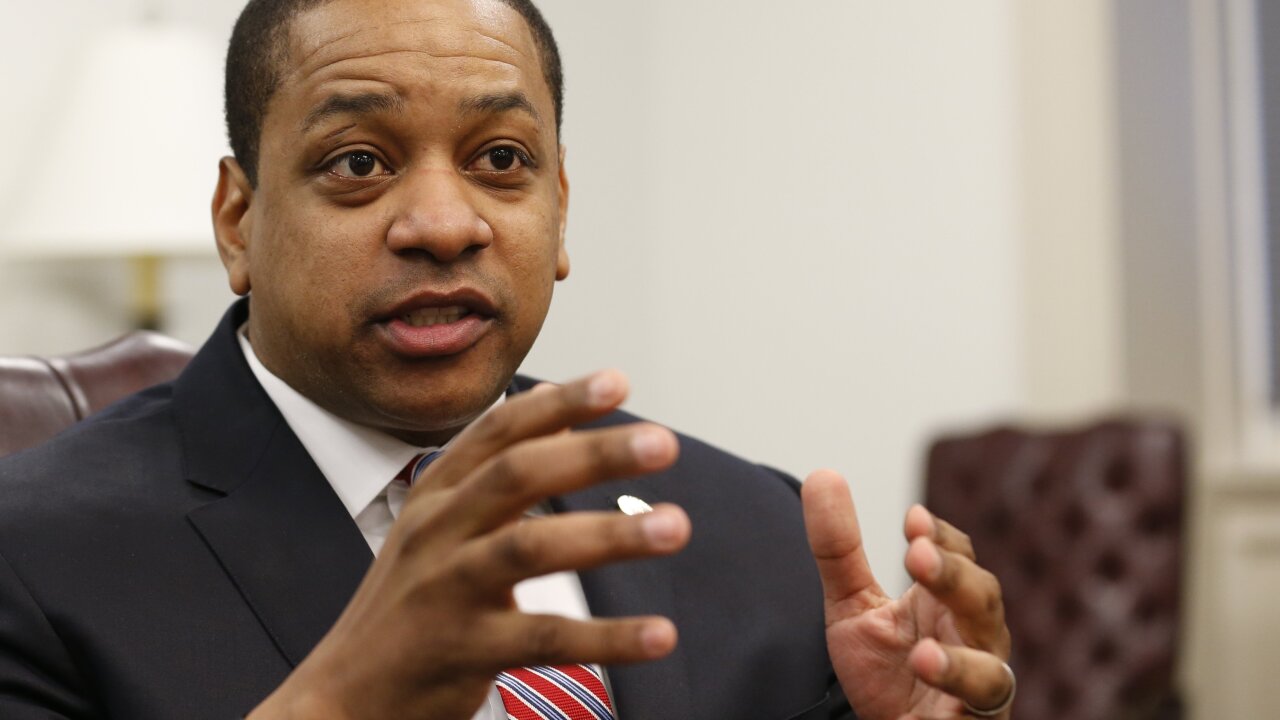 But now that a second woman, Meredith Watson, has accused the Virginia lieutenant governor of rape, prominent Virginia and national Democrats are not holding back and are roundly calling on the 39-year-old politician to resign.

He lost a major bloc of support Friday night when the Democratic members of the Virginia House of Delegates and state Senate issued a joint statement calling on him to step down.

“Due to the serious nature of these allegations, we believe Lieutenant Governor Fairfax can no longer fulfill his duties to the Commonwealth,” the statement read. “He need to addess this as a private citizen. The time has come for him to step down.”

And in another major moment about an hour later, the Virginia Legislative Black Caucus wrote that its members “believe it is best for Lt. Governor Fairfax to step down from his position.”

“While we believe that anyone accused of such a grievous and harmful act must receive the due process prescribed by the Constitution, we can’t see it in the best interest of the Commonwealth of Virginia for the Lieutenant Governor to remain in his role,” the group added.

US Rep. Bobby Scott, a Viginia Democrat who sources tell CNN was approached by initial Fairfax accuser Vanessa Tyson a year ago with her allegation of assault, said that if either allegation against Fairfax is true, he must resign.

“The recent allegations against Lt Governor Fairfax are disturbing and extremely serious,” Scott tweeted. “Both allegations must be investigated immediately. If either is found to be true — and there appears to be significant corroborating evidence — then the Lt Governor should resign immediately.”

Former Virginia Gov. Terry McAuliffe called for Fairfax to resign soon after Watson’s allegations surfaced, something he did not do after Tyson’s allegations were made public in a lengthy, detailed statement.

“The allegations against Justin Fairfax are serious and credible,” McAuliffe said in a statement. “It is clear to me that he can no longer effectively serve the people of Virginia as Lieutenant Governor. I call for his immediate resignation.”

That statement was quickly echoed by Virginia Democratic US Reps. Don Beyer, Abigail Spanberger, Elaine Luria, Jennifer Wexton and Gerry Connolly, all of whom held off calling for Fairfax’s resignation initially.

“The past seven days have been some of the most painful we can remember. It has been very difficult to marshal the thoughts, let alone the words, to react,” said the five lawmakers. “For these reasons we believe that Justin Fairfax cannot continue to serve at Lt. Governor of Virginia and should step aside.”

Fairfax has denied both women’s allegations.

After lawmakers in the Virginia Capitol had dodged reporters for days when asked about Tyson’s allegations, at least one state delegate — Patrick Hope of Arlington — told CNN on Friday that he has begun the process of drafting articles of impeachment against Fairfax and is prepared to introduce them on Monday if the lieutenant governor does not resign before then.

Hope said he believes that Fairfax should and will resign before then but, if he doesn’t, he has asked the legislative services to begin drafting the articles of impeachment to be introduced on Monday morning.

“I believe these women, and I believe it is time for the lieutenant governor to resign,” he said.

For the impeachment article to get to the floor, it will need the approval of House GOP Speaker Kirk Cox. The speaker’s office has not responded to a request for comment on Hope’s plans as of yet.

Watson, in a statement through her law firm Smith and Mullen, alleged that Fairfax’s assault on her was “premeditated and aggressive” when they both attended Duke in 2000 and that the two were friends but not romantically involved.

“Ms. Watson shared her account of the rape with friends in a series of emails and Facebook messages that are now in our possession. Additionally, we have statements from former classmates corroborating that Ms. Watson immediately told friends that Mr. Fairfax had raped her,” the statement reads.

Fairfax swiftly denied the allegation and called for an investigation into the accusation.

“I deny this latest unsubstantiated allegation. It is demonstrably false. I have never forced myself on anyone ever,” he wrote in a statement. “I demand a full investigation into these unsubstantiated and false allegations. Such an investigation will confirm my account because I am telling the truth. I will clear my good name and I have nothing to hide.”

Tyson, a professor in California, released a lengthy statement early this week detailing her alleged encounter with Fairfax during their time at the 2004 Democratic National Convention in Boston.

“What began as consensual kissing quickly turned into a sexual assault. Mr. Fairfax put his hand behind my neck and forcefully pushed my head towards his crotch. Only then did I realize that he had unbuckled his belt, unzipped his pants, and taken out his penis. He then forced his penis into my mouth,” Tyson said in a statement.

Fairfax has vehemently denied that allegation as well.

National Democrats also had held off calling for Fairfax to step down after Tyson’s allegations. But, like their Virginia counterparts, they have now called on him to leave office.

Sen. Cory Booker of New Jersey had described Tyson’s allegations as “deeply disturbing” and said they “should be thoroughly investigated.” But he did not call for Fairfax to step down.

After Watson stepped forward, however, Booker ratcheted up his call.

“The multiple detailed allegations against the Lt. Gov. of Virginia are deeply troubling,” he tweeted. “They are serious, credible, and corroborated by others. It is no longer appropriate for him to serve. He should resign.”

Sen. Kirsten Gillibrand of New York, after calling for an investigation into Tyson’s allegations, said the accusation by Watson was “sickening and horrendous” and should end Fairfax’s time as lieutenant governor.

“I believe Meredith Watson and Dr. Tyson, and it was extremely brave for them to come forward,” she said. “Mr. Fairfax should resign and no longer serve the Commonwealth of Virginia.”

“These credible and troubling allegations from Dr. Vanessa Tyson and Meredith Watson make it clear that Lt. Gov Fairfax should resign. My heart goes out to these brave women and their families,” Warren said on Twitter.

He tweeted, “Last Friday I called on Gov. Northam to resign immediately. Two days ago I stated that I believe the claim regarding Lt. Governor Fairfax. Tonight, I call on both of them to step aside and allow the great state of Virginia to heal and move forward.”

Sen. Bernie Sanders, a Vermont indepenent and a likely Democratic presidential candidate, also urged Fairfax to step down. He tweeted, “I agree with the joint statement from the Virginia House and Senate Democrats. Very serious and credible allegations have been made by two women against Lieutenant Governor Fairfax. He needs to resign.”

The allegations swirling around Fairfax are just one part of three scandals that engulfed Virginia Democrats this past week.

Northam apologized last week for appearing in a racist yearbook photo that showed one person in blackface and another in a Ku Klux Klan robe and hood. Northam then used a bizarre news conference on Saturday to take back his admission that he was in the photo, but to admit that he had appeared in blackface at another time.

Then controversy met Attorney General Mark Herring this week when the top Democrat admitted he had appeared in blackface during a 1980 party, where he and other friends dressed up as rappers.

All three politicians have avoided resigning, so far, despite the scandals plunging Richmond and Virginia politics into chaos.