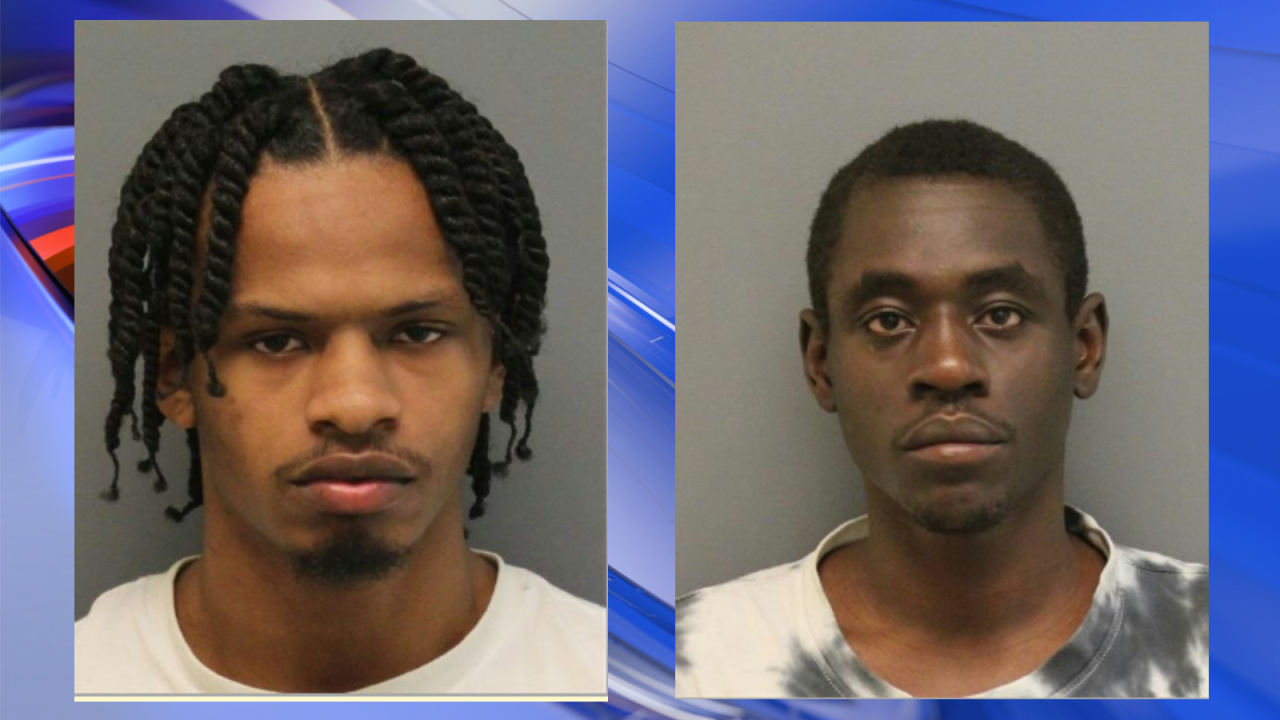 Newport News Police officers arrived to the 13000 block of Mattie Circle for a burglary call.

When the victim, a 47-year-old Newport News man and his juvenile son got home they saw a vehicle parked near their residence.

Police said as the victim walked up to his home he noticed a black man standing in the doorway. He also noticed a second individual as he got closer.

The victim told police he recognized the suspects from an encounter a few days before.

The first suspect, 24-year-old Christopher Eliaba allegedly said he was not going to leave until he talked to the victim’s other juvenile child but the victim refused.

Eliaba is then accused of striking the father on the head. The second suspect, 19-year-old Carlos Randolph Douglas reportedly went into the home where he found the juvenile victim and held him at gunpoint questioning him about a firearm he believed the victim had possession of, police said.

The juvenile also reported being struck in the head by Eliaba. The suspects are then accused of taking two mobile phones and a Samsung tablet.

Eliaba was taken into custody and charged with Abduction by Force, Robbery, Assault and Conspiracy to Commit Felony.