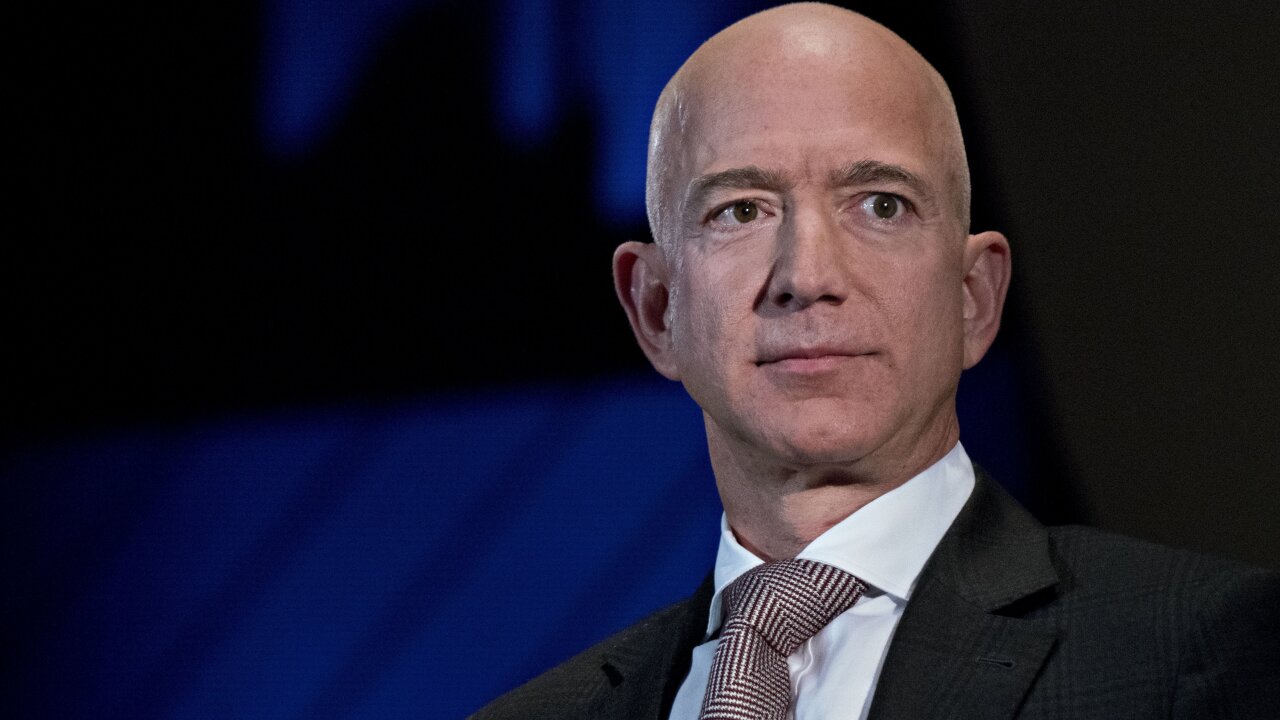 In an explosive tell-all blog post published Thursday, Jeff Bezos accused the publisher of the National Enquirer of trying to extort him.

The post by Bezos on the blogging platform Medium revealed what he said were the full text of emails his representatives got from executives at AMI, the publisher of the National Enquirer.

Bezos, the billionaire founder and CEO of Amazon, alleged that AMI threatened to release compromising photos of him. His post included what he said were emails from AMI detailing what he described as “extortion and blackmail.” Bezos, the world’s richest person, is the single largest shareholder in Amazon, with 16% of the company’s stock.

“Something unusual happened to me yesterday. Actually, for me it wasn’t just unusual  —  it was a first. I was made an offer I couldn’t refuse. Or at least that’s what the top people at the National Enquirer thought. I’m glad they thought that, because it emboldened them to put it all in writing,” Bezos wrote. “Rather than capitulate to extortion and blackmail, I’ve decided to publish exactly what they sent me, despite the personal cost and embarrassment they threaten.”

Bezos titled his post “No thank you, Mr. Pecker,” referring to AMI’s chairman and CEO, David Pecker. In the text, he shared what he said was an email from AMI’s chief content officer, Dylan Howard, in which Howard threatened to release intimate and personal photos and text messages of Bezos and a woman the National Enquirer said he was having an affair with.

“In the AMI letters I’m making public, you will see the precise details of their extortionate proposal: They will publish the personal photos unless Gavin de Becker and I make the specific false public statement to the press that we ‘have no knowledge or basis for suggesting that AMI’s coverage was politically motivated or influenced by political forces.’

Some of Bezos’ text messages were made public last month. Bezos and his wife, MacKenzie Bezos, are getting divorced after 25 years of marriage.

Howard and AMI deputy general counsel Jon Fine did not immediately respond to CNN Business’ requests for comment. Neither did a spokesperson for the Washington Post. An Amazon spokeswoman declined to comment other than to confirm that Bezos wrote the post.

After Bezos made his divorce plans public, the National Enquirer said it had been investigating Bezos for four months, claiming it had evidence that Bezos has been “whisking his mistress off to exotic destinations on his $65 million private jet.” The Enquirer and other outlets identified the woman as Lauren Sanchez, a former anchor for Fox’s local station in Los Angeles.

Gavin de Becker, whom the Washington Post described as “Bezos’ longtime private security consultant,” has been conducting an investigation to determine the source of the leaks to the Enquirer.

Earlier this week, de Becker told the Post that he believed the Enquirer’s reporting about Bezos was sparked by a “politically motivated” leak, and told the Post and the Daily Beast that his investigation had looked at Michael Sanchez, Lauren Sanchez’s brother, who is connected to a number of associates of President Donald Trump. Sanchez, the Post reported, “firmly denies playing any role in the revelation of his sister’s affair.” Michael Sanchez did not immediately respond to a request for comment from CNN Business.

In his blog post, Bezos said that “an AMI leader advised us” that Pecker was “apoplectic” about de Becker’s investigation.

Bezos included an email from Howard to de Becker’s lawyer. In the email, Howard wrote that he had evidence of 10 photographs of Bezos and Lauren Sanchez, including nude selfies. In his introduction to his descriptions of the photos, Howard appeared to make reference to an upcoming Post article that quoted de Becker.

“(W)ith The Washington Post poised to publish unsubstantiated rumors of The National Enquirer’s initial report, I wanted to describe to you the photos obtained during our newsgathering.”

“It is our understanding that your client’s representatives, including the Washington Post, continue to pursue and to disseminate these false and spurious allegations in a manner that is injurious to American Media and its executives,” Fine said in the email. “Accordingly, we hereby demand that you cease and desist such defamatory conduct immediately. Any further dissemination of these false, vicious, speculative and unsubstantiated statements is done at your client’s peril.”

Pecker has become a public name because of his association with President Donald Trump. Pecker was granted immunity in a federal investigation into former Trump attorney Michael Cohen. In exchange, Pecker agreed to provide federal prosecutors information on hush money deals.

Cohen admitted that he made payments to AMI, which in turn paid women who claim they had affairs with Trump. AMI purchased the rights to the women’s stories but never published them — a technique known as “catch and kill.”