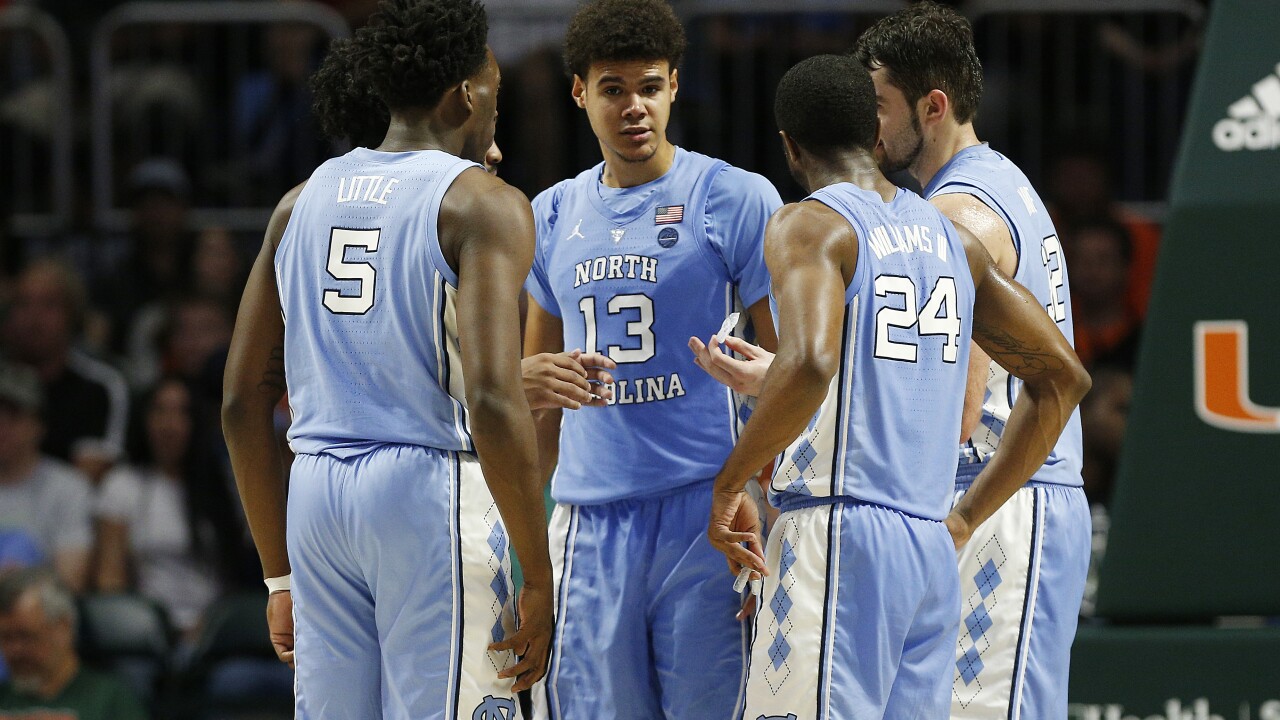 Through nine of the 18 league games, Virginia, Duke and North Carolina are knotted with identical 8-and-1 records. Saturday, UVA hosts the Blue Devils. Before the Tar Heels host Virginia Monday, UNC welcomes Miami to the Smith Center Saturday at Noon.

The game will be broadcast live on WGNT in Hampton Roads and northeastern North Carolina.

Carolina, 8-and-1 in ACC play for the third time in Roy Williams’ tenure, leads the nation in rebounds per game, is second in scoring (points per game) and rebound margin and third in assists. UNC has never been 9-and-1 under Williams.

Carolina leads its all-time series vs. 23-to-8, having won five of the last seven games, including 85-76 at Miami on January 19th.