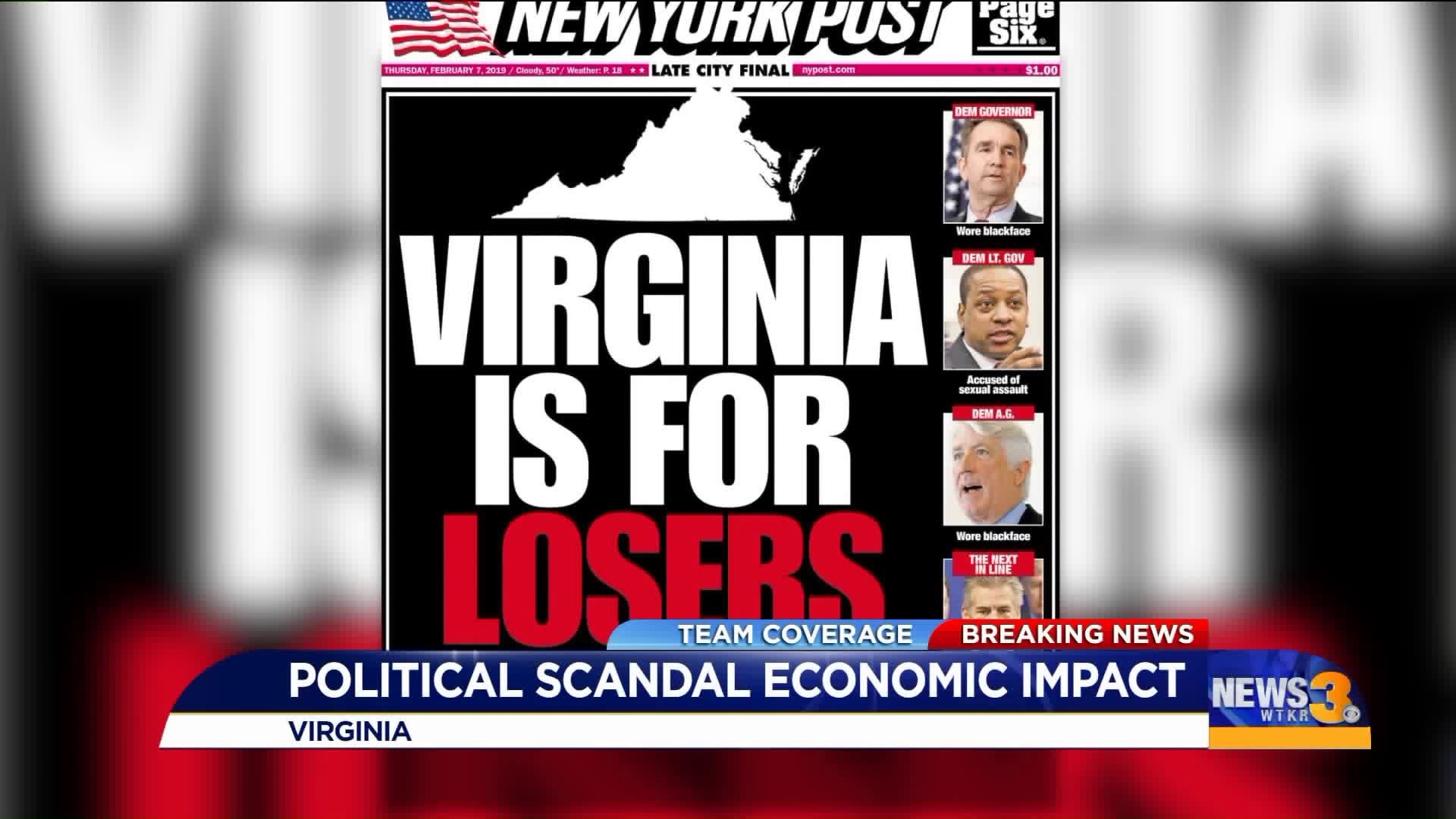 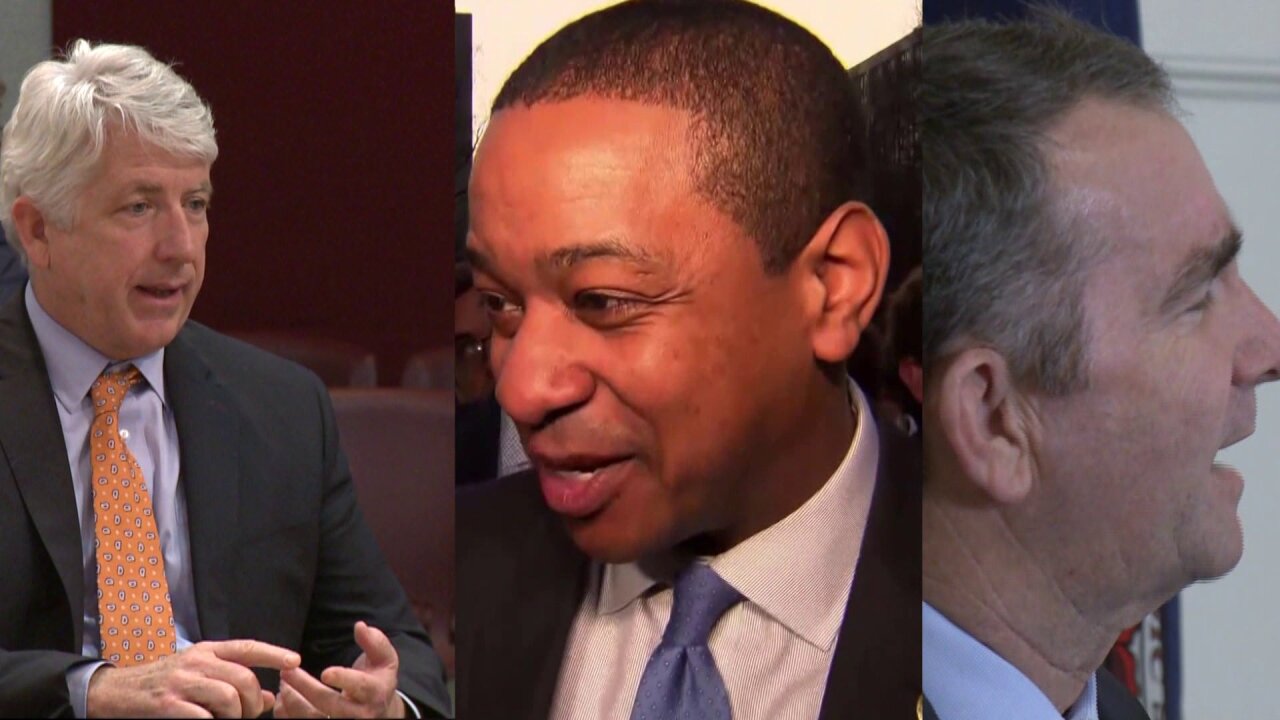 RICHMOND, Va. - Could the political drama unfolding in Richmond impact future business opportunities for the state?

News 3 met with Dr. Bob McNab, who is an economics expert and professor at Old Dominion University.

He said all the drama isn’t impacting business right now but explained how it could in the future.

The cover of the New York Post on Thursday twisted the state slogan to read "Virginia is for Losers" – instead of "lovers."

Thursday, President Trump tweeted, “Democrats at the top are killing the Great State of Virginia.”

Democrats at the top are killing the Great State of Virginia. If the three failing pols were Republicans, far stronger action would be taken. Virginia will come back HOME Republican) in 2020!

Gov. Ralph Northam’s EVMS yearbook page shows a picture of a person in blackface and another in a KKK costume. He then held a press conference and said it is not him in the picture but admitted to putting shoe polish on his face when he dressed up like Michael Jackson.

Lt. Governor Justin Fairfax was then accused of a sexual assault by Dr. Vanessa Tyson. He admits to a sexual encounter with her in 2004 but denies any wrongdoing.

There has been a lot of controversies in the state of Virginia over the last week, but what kind of impact could the scandals have when it comes to the future of business in the Commonwealth?

“Whether or not the governor, lieutenant governor or attorney general will remain in office or resign has not affected growth in Virginia, which remains strong and unemployment remains low, but if that political problem starts to cascade over the business community, businesses could start deciding not to come to Virginia because of the political uncertainty in Richmond.  Then that would become a problem for much of the population,” said McNab.

McNab said he believes these scandals could have an impact on the future of business if the drama continues over a long period of time, preventing lawmakers from getting things done like passing bills or the budget. He said bringing businesses to the state is an important job of any governor.

“I think it’s important to realize that right now the economy is working. More people are employed, wages are rising. This is a political scandal; this is a political debate about who becomes governor who remains governor,” said McNab. “If that drags on for months, that becomes a problem for ordinary Virginians in terms of their pocketbooks, but right now it’s a question of leadership.”