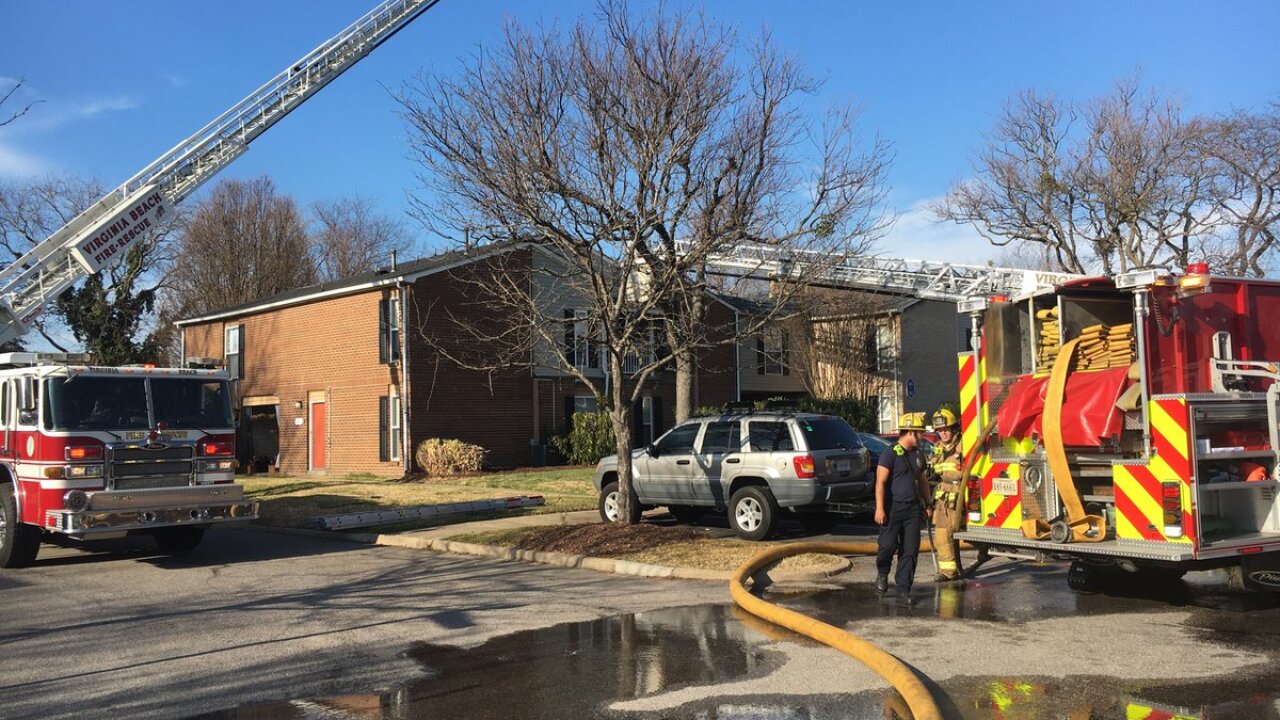 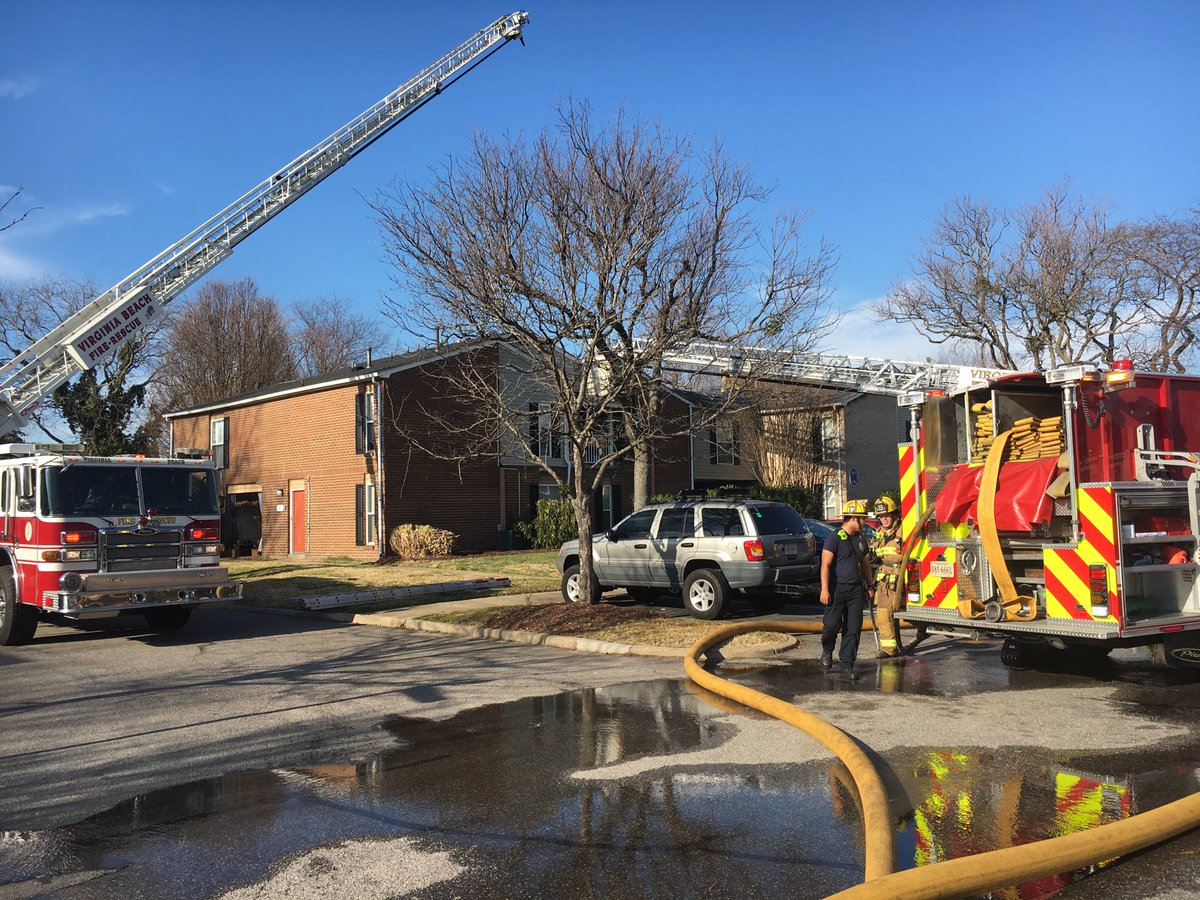 VIRGINIA BEACH, Va. – One person was taken to the hospital after an apartment fire in Virginia Beach Thursday.

Dispatchers received a call for the fire, which occurred at the Mariner’s Cove Apartments, at 2:40 p.m. When crews arrived at the residence, located in the 4600 block of Blackfriars Court, they reported heavy smoke and flames from a unit on the far right corner.

Crews learned a man was inside the burning apartment and immediately tried to enter the structure. According to the Virginia Beach Fire Department, the fire and smoke was so intense that three firefighters had to enter the apartment through the balcony.

One man was located inside a bathroom behind a closed door, and was lowered off the balcony. He was in cardiac arrest, but firefighters on the ground were able to use CPR to resuscitate him.

The fire damaged six units, and left at least two adults and two children displaced. The Red Cross is assisting.

The Brickell Academy PTA said on Twitter that due to smoke from the fire, all after-school activities were cancelled.

There is currently no information as to the fire’s cause.

The fire and smoke was so intense on the other side of this front door that firefighters had to use a ladder an enter home from 2nd story balcony to rescue man inside. He was transported to local hospital pic.twitter.com/e4WTm6EX8U