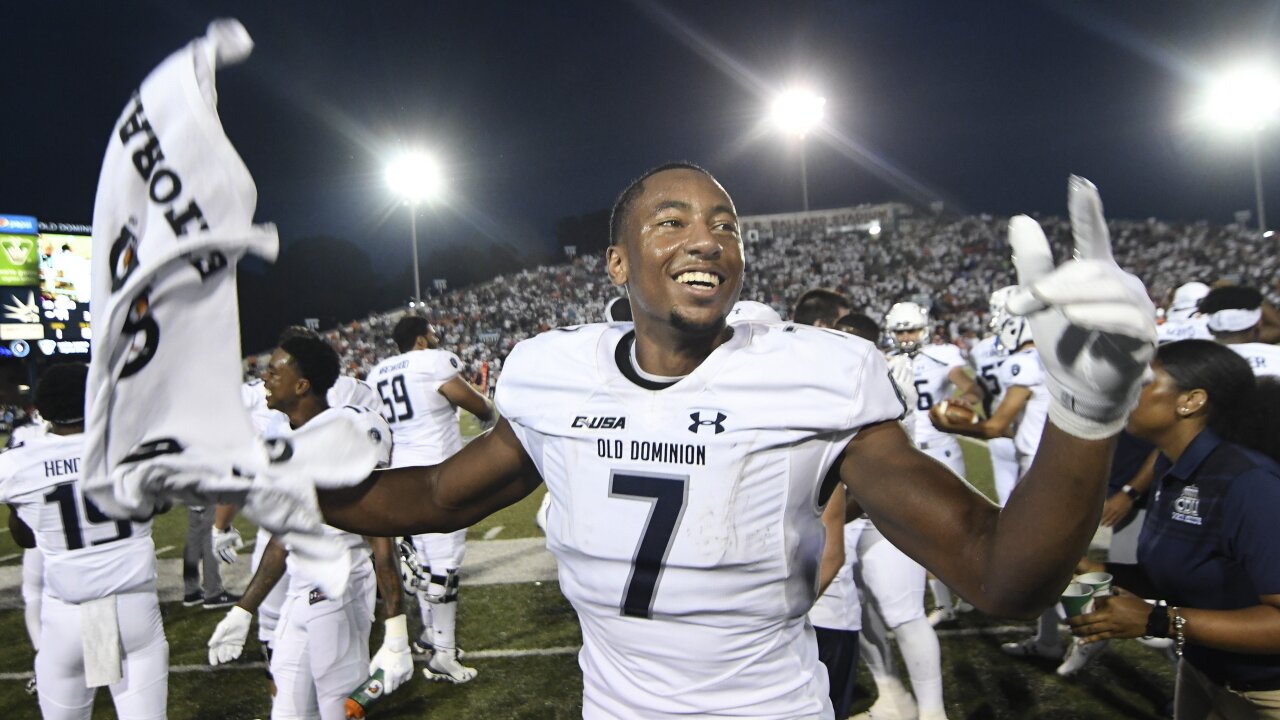 INDIANAPOLIS, Ind. – For the first time in program history, Old Dominion will send multiple players to the NFL Scouting Combine.

ODU wide receiver Travis Fulgham and edge rusher Oshane Ximines will be among the 338 college prospects taking part in the Combine February 26th through March 4th at Lucas Oil Stadium in Indianapolis.

In 2018, Ximines earned first-team All-Conference USA honors for the second-straight season. He broke his own ODU single-season record with 12 sacks, fifth most in FBS, and had 18.5 tackles for loss, tied for 10th in FBS. He added 58 tackles, 14 QB hurries and two pass breakups, and finished tied for sixth with four forced fumbles.

Fulgham led Conference USA and finished 16th in the Football Bowl Subdivision (FBS) with 1,083 receiving yards in 2018. He also hauled in 63 receptions and nine touchdowns. His streak of nine-straight games with a touchdown catch is the longest in FBS this season.