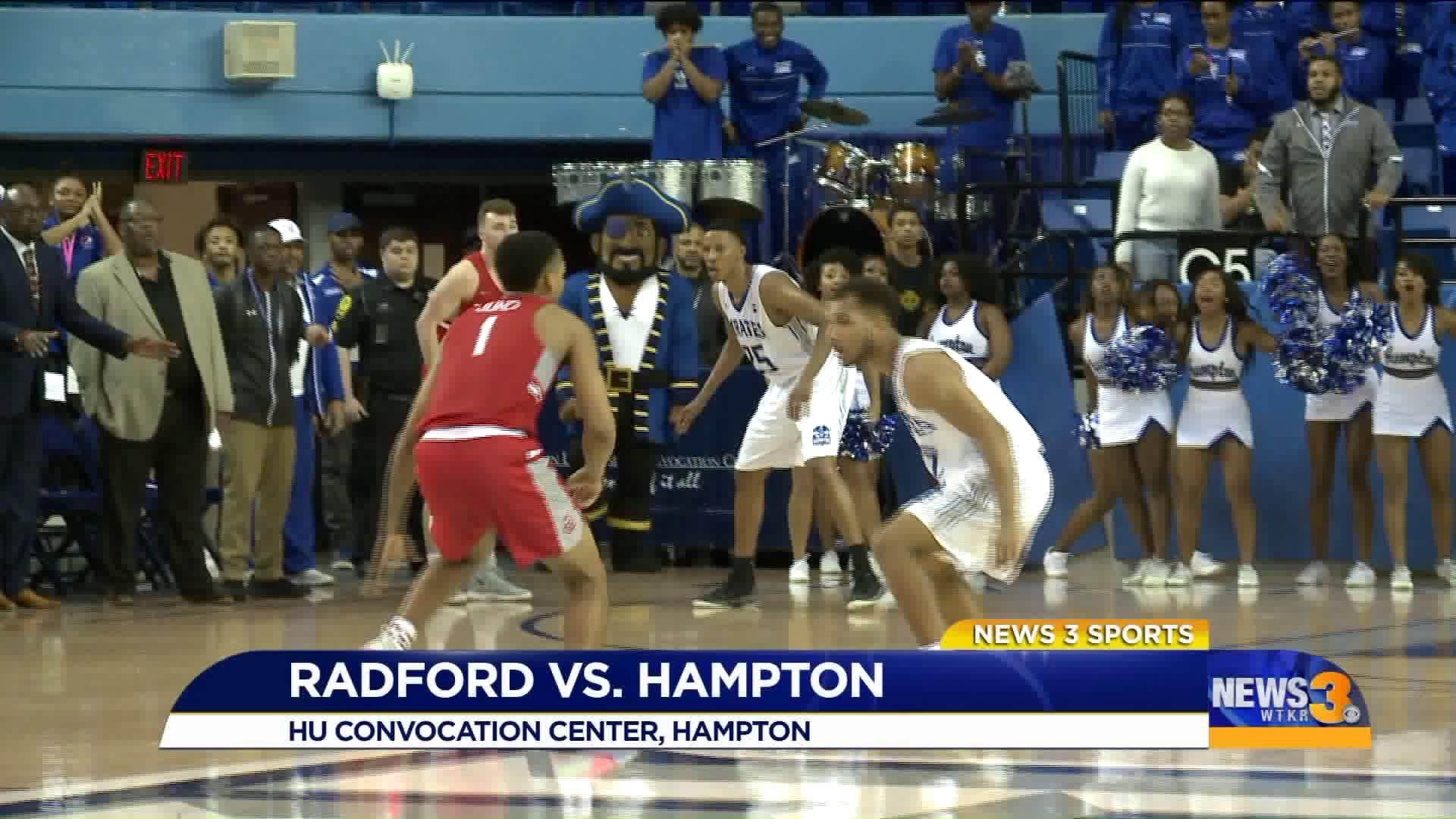 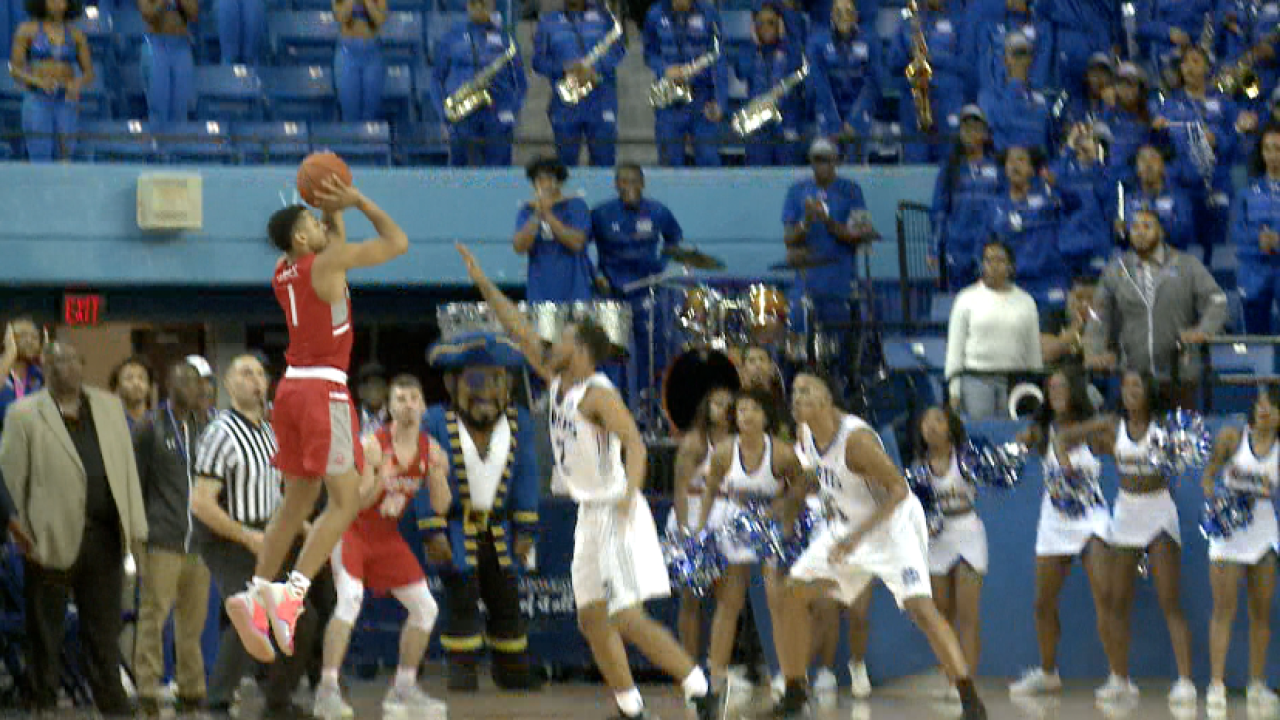 HAMPTON, Va. (Radford Athletics) - Carlik Jones banked in a game-tying three as time expired in regulation to force overtime before draining a game-winning three with 1.8 seconds left in the extra period, lifting the Radford men's basketball team to a legendary 101-98 victory at Hampton on Thursday night.

The possession at the end of regulation started with just eight seconds on the clock. Jones allowed the ball to roll up the court to save time before picking it up, dribbling to the top of the key and letting loose for a shot that bounced off the window and in, stunning the Pirates' crowd.

A hotly contested overtime in which neither team seemed to miss came down to one final possession after a Hampton three knotted the game at 98-all with 28 seconds to go. This time Travis Fields Jr. brought the ball up the floor and got his teammates in position for the game-winning play.

Jones received the ball from Fields and took the ball to the wing where he rose above his defender and found nothing but net to give the Highlanders a crucial victory. Radford is now 17-7 overall and 9-1 in Big South play, the best start in program history.

A native of nearby Portsmouth, Va., Fields Jr. had the best game of his career with 33 points on 12-of-14 shooting including six 3-pointers. He added seven rebounds and six assists while becoming the first Radford player to score 30+ points in a game since Cameron Jones (35) on Jan. 20, 2016.

Including two of the biggest shots of his already illustrious career, Jones finished with 28 points and six assists for a new career-high in scoring. Senior forward Ed Polite Jr. also had a big game, securing his 11th double-double of the season with 14 points and 12 rebounds.

It was an extremely high energy first half as both teams came out firing. Hampton forward Trevond Barnes set the bar high right away with eight straight points and the Highlanders answered the call.

A 3-pointer from Fields Jr. gave Radford its first lead at the 15:56 mark, the Pirates hit back 30 seconds later, and the rest of the half continued that way – back-and-forth without fail. In fact, there were eight ties and seven lead changes over the first 20 minutes alone.

Radford (14-for-28) and Hampton (15-for-30) both shot exactly 50-percent in the first half and the score remained tied at 41-all heading into halftime. The only difference was that the Highlanders utilized a balanced attack with seven different scorers while the Pirates were led by junior guard Jermaine Marrow who dropped 20 points in the period.

In stark contrast, the Highlanders held Marrow to just eight points in the second half and overtime combined. Hampton guards Kalin Fisher (22) and Akim Mitchell (21) picked up the scoring for him and kept the Pirates in it until the very end.