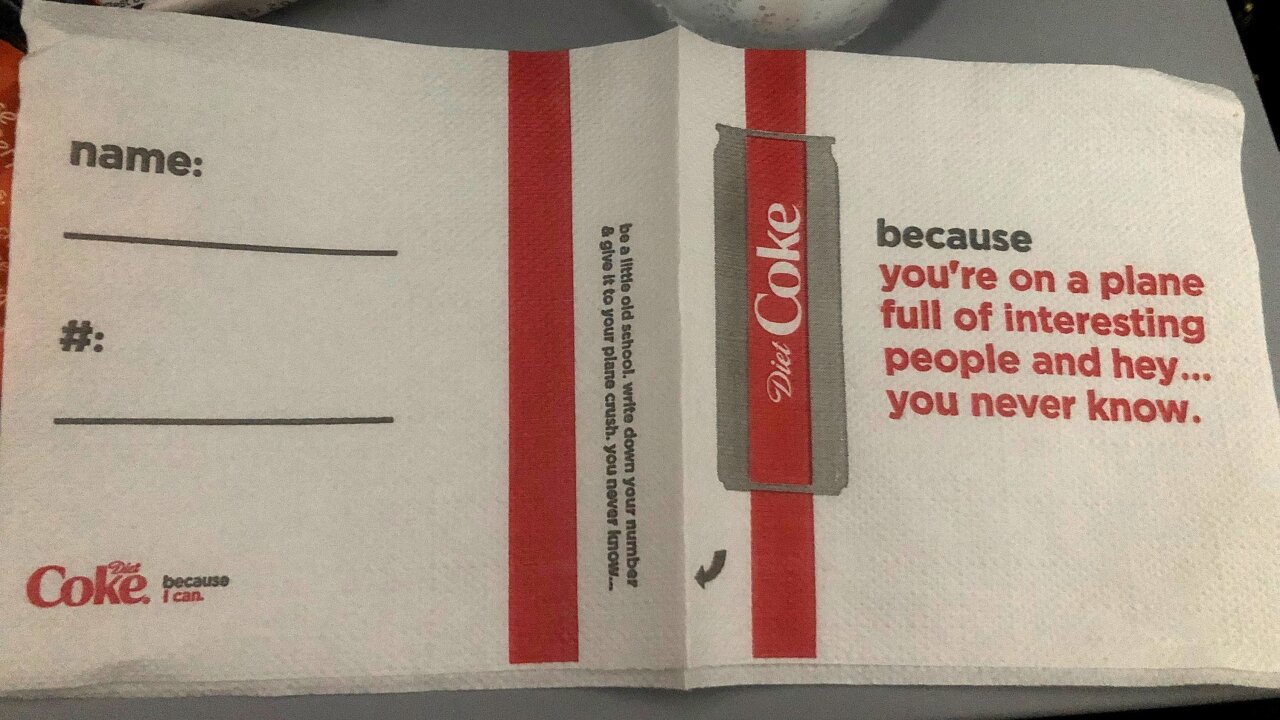 Passengers had mixed reactions to these beverage napkins on board Delta flights.

Maybe Delta should stick to flying planes instead of playing matchmaker.

After handing out Coca-Cola napkins suggesting passengers give their name and number to their “plane crush,” both companies are apologizing.

Passengers had mixed reactions to these beverage napkins on board Delta flights.

It started with 33 words on napkins advertising Diet Coke:

“because you’re on a plane of full of interesting people and hey … you never know,” the front teases.

The back nudges further, emitting a shocking amount of peer pressure from a paper square:

“be a little old school. write down your number & give it to your plane crush. you never know …”

Some passengers, like Terry Pendergist, thought the napkins were “Pretty funny.”

But others said they were creepy and unwelcome.

Related: This woman is a professional cuddler, getting paid for platonic touch

“Pretty sure no one appreciated unsolicited phone numbers in the ‘good old days’ and they sure as heck don’t want the number of someone who has been gawking at them on a plane for hours today,” another passenger tweeted.

“We sincerely apologize to anyone we may have offended,” The Coca-Cola Company said Thursday.

“We worked with our partners at Delta to begin removing the napkins last month and are replacing them with other designs.”

“We rotate Coke products regularly on our aircraft as part of our brand partnership, but missed the mark with this one,” the airline said. “We are sorry for that.”

It’s not clear how many couples have been set up by the napkins.