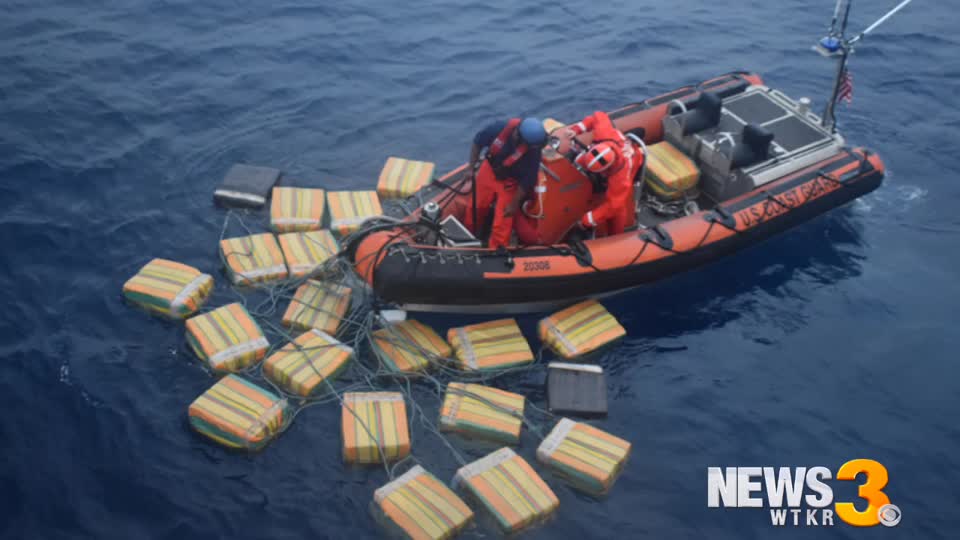 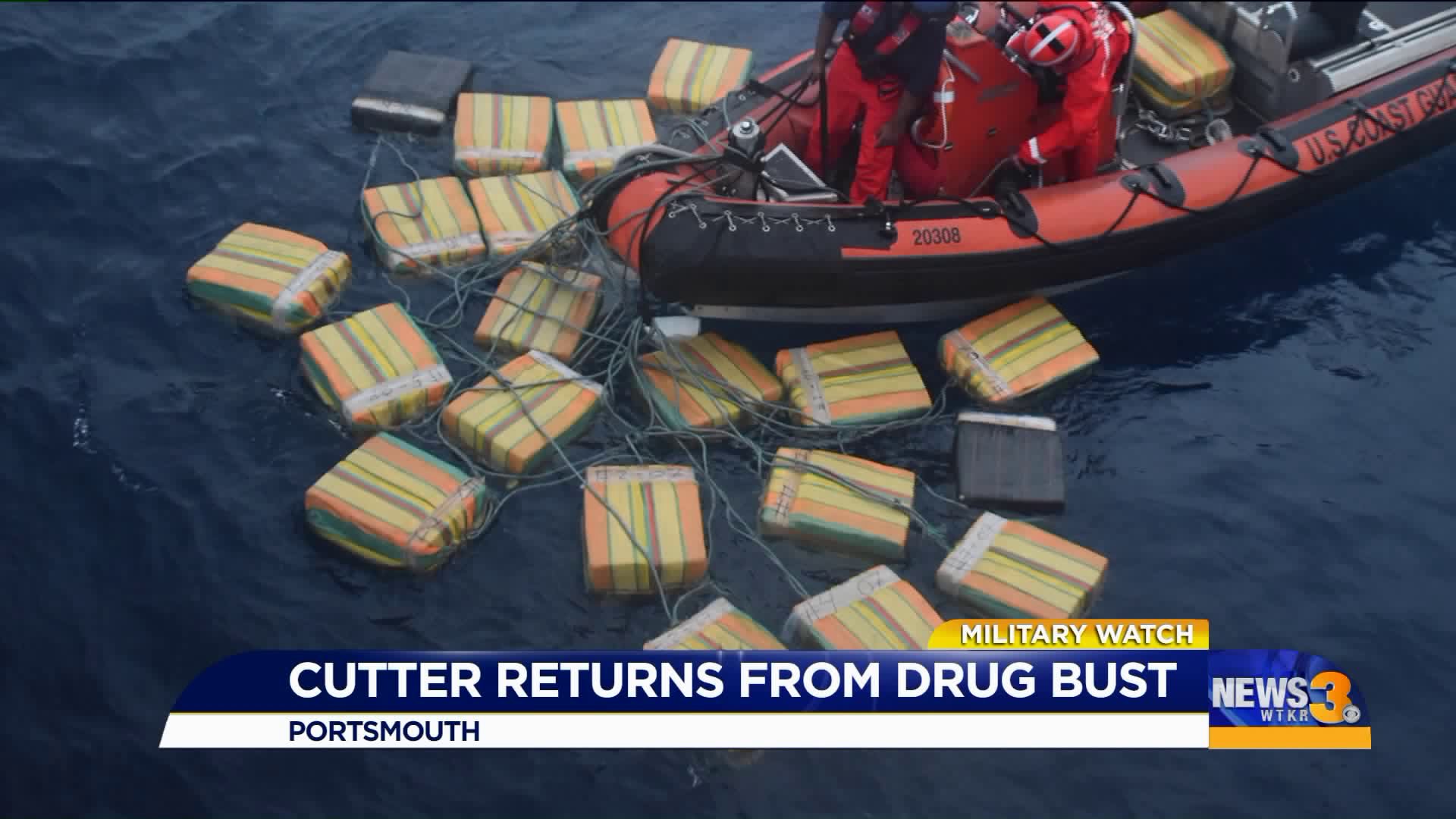 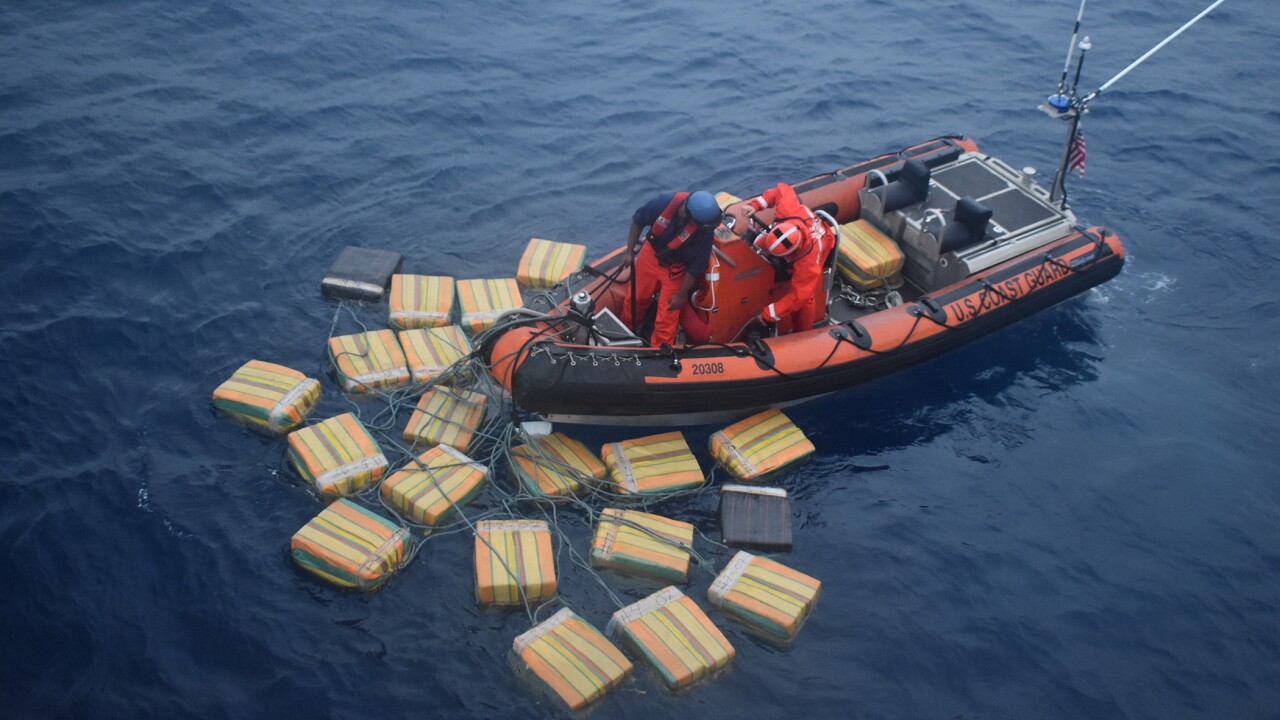 PORTSMOUTH, Va. - The crew of the Coast Guard Cutter Forward returned to Portsmouth Thursday after a patrol where they intercepted millions of dollars worth of cocaine.

The Forward seized more than 14,000 pounds of cocaine during its 82-day patrol in the Eastern Pacific Ocean.

That added to the work by five other Coast Guard Cutters, leading to 34,780 pounds of cocaine worth an estimated $466 million wholesale being intercepted.

"I’ve been doing this for 20 years now. The largest amount of drugs I’ve ever interdicted is 6,000 pounds, so coming back with my ship interdicting 14,000 pounds of that 15 tons is hugely impressive to me," Forward Commanding Officer Commander Michael Sharp told News 3 anchor Todd Corillo Thursday upon the ship's return to Portsmouth.

The Forward's role in the mission included interdicting eight drug-trafficking vessels, two of which were considered low-profile.

Those are "very challenging to identify and track and get on-board," Sharp said.

During the patrol, the Forward crew was also able to rescue three Ecuadorian fishermen.