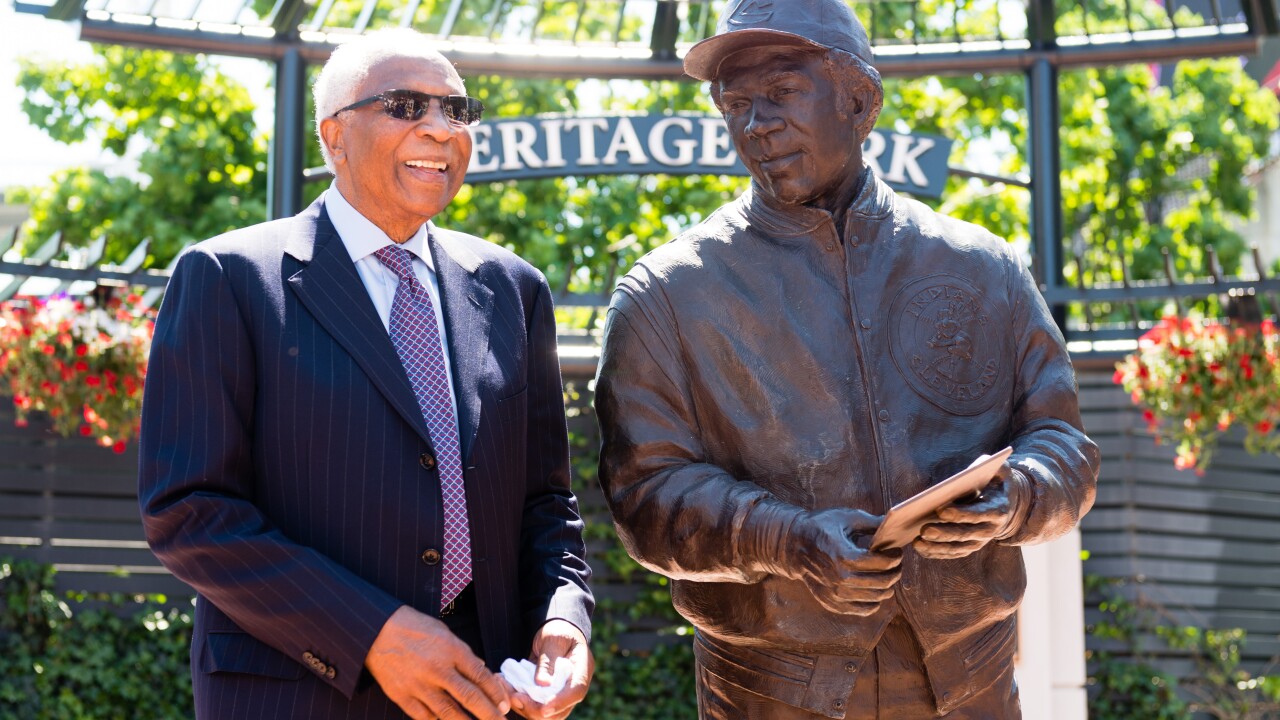 Robinson, inducted into the Baseball Hall of Fame in his first year of eligibility in 1982, was Major League Baseball’s first African-American manager and one of its greatest players during his 21-year career.

He hit 586 home runs and was a 14-time All-Star and remains the only player to win Most Valuable Player Awards in both leagues (1961 for the Reds in the National League, 1966 for the Orioles in the American). He won the Triple Crown in 1966, hitting .316 with 49 home runs, 122 RBIs and 122 runs in one of the great individual seasons in history.

In 1975, as his playing days wound down with the Cleveland Indians, he was named the club’s player-manager. He was the first African-American to manage a major league club. Robinson also managed the Giants, Orioles, Expos and Nationals and was named American League Manager of the Year in 1989.

“Frank Robinson’s résumé in our game is without parallel, a trailblazer in every sense, whose impact spanned generations,” Major League Baseball Commissioner Rob Manfred said. “He was one of the greatest players in the history of our game, but that was just the beginning of a multifaceted baseball career.”

“Another sad day in Birdland with the passing of Frank Robinson,” Palmer tweeted. “Played the game tough, hard but fair. Made all of us better players, and winners. My condolences to his family.”

As noted by MLB.com’s Richard Justice, Robinson joins Nolan Ryan as the only players to have their jersey numbers retired by three teams (Reds, Orioles and Indians).

We mourn the loss of Hall of Famer and Orioles Legend Frank Robinson. #Frank20 pic.twitter.com/4yy4lV2U4N

The first player to win MVP awards in both leagues and the first African-American manager in MLB pic.twitter.com/alP441Hk1N