Woman convicted of coercing boyfriend into suicide will remain free during appeal, for now 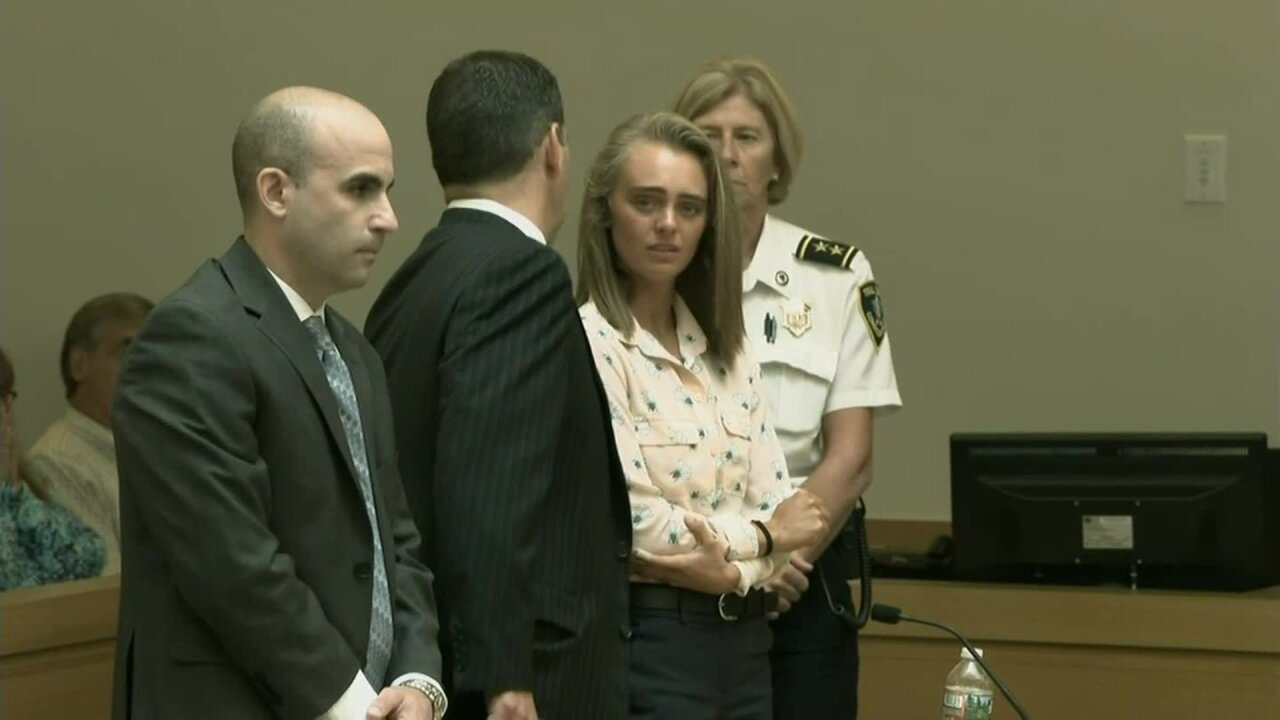 In their decision to affirm Michelle Carter’s manslaughter conviction, judges said, “The evidence against the defendant proved that, by her wanton or reckless conduct, she caused the victim’s death by suicide.”

Carter was found guilty in June 2017 after a judge determined her texts to 18-year-old Conrad Roy III persuaded him to kill himself by inhaling carbon monoxide in his pickup.

The Bristol County District Attorney’s Office said through a spokesman that it intended to file a motion revoking the stay of the 22-year-old’s sentence, forcing her to serve time while her lawyers work on her appeal.

Because Carter has 28 days to request that the Massachusetts Supreme Judicial Court reconsider its ruling, the court won’t likely set a date for Carter to begin her sentence until after those proceedings are complete, the prosecutor’s office said.

Carter attorney Daniel Marx said in a statement he was disappointed in the ruling, which he claims hinges on a narrative that is not supported by evidence.

“Today’s decision stretches the law to assign blame for a tragedy that was not a crime. It has very troubling implications, for free speech, due process, and the exercise of prosecutorial discretion, that should concern us all,” he said, adding that he would appeal the case all the way to the US Supreme Court if necessary.

In its ruling, the state high court said it failed to see the merit in the defense argument that Carter’s texts were protected speech. Numerous crimes can be committed verbally without raising First Amendment concerns, the court found.

“Only the wanton or reckless pressuring of a person to commit suicide that overpowers that person’s will to live has been proscribed,” it said.

Carter, who was 17 when Roy died, “helped plan how, where, and when” her boyfriend would kill himself, “downplayed his fears about how his suicide would affect his family” and “repeatedly chastised him for his indecision,” the judges found.

‘She did not call for help’

In one text presented as evidence, Carter told Roy, “You better not be bull s***ting me and saying you’re gonna do this and then purposely get caught.”

The judges also found Carter did not try to save Roy when she heard him coughing: “She did not call emergency personnel, contact the victim’s family, or instruct him to get out of the truck.”

“The judge could have properly found, based on this evidence, that the vulnerable, confused, mentally ill 18-year-old victim had managed to save himself once again in the midst of his latest suicide attempt, removing himself from the truck as it filled with carbon monoxide. But then in this weakened state he was badgered back into the gas-infused truck by the defendant, his girlfriend and closest, if not only, confidant in this suicidal planning, the person who had been constantly pressuring him to complete their often discussed plan, fulfill his promise to her, and finally commit suicide. And then after she convinced him to get back into the carbon monoxide filled truck, she did absolutely nothing to help him: she did not call for help or tell him to get out of the truck as she listened to him choke and die.”

The case touched on issues of suicide among teenagers as well as the legal gray area of whether someone can be convicted for another person’s decision to kill himself. In their appeal, Carter’s attorneys said the conviction went too far in criminalizing a defendant who was not present at the scene.

“Massachusetts would be the only state to uphold an involuntary manslaughter conviction where an absent defendant, with words alone, encouraged another person to commit suicide,” the attorneys wrote.