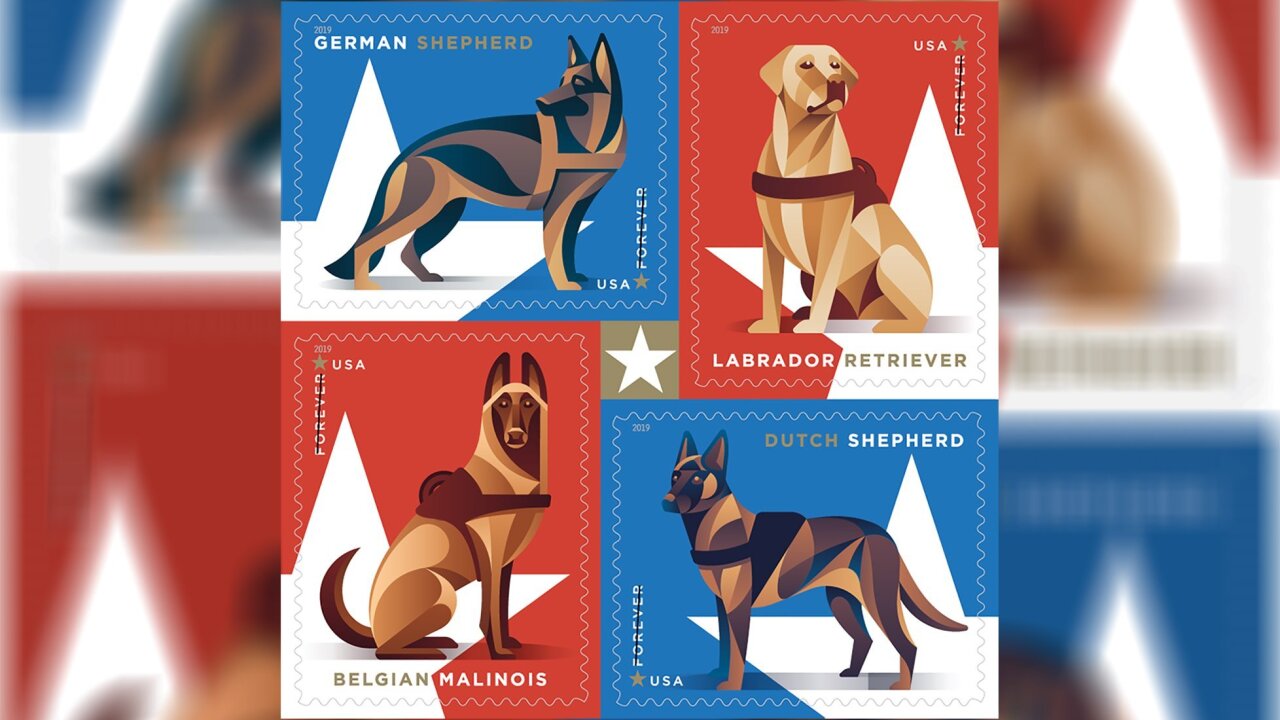 The stamps will feature four breeds that are commonly used to serve in the armed forces — German shepherd, Labrador retriever, Belgian Malinois and Dutch shepherd. The dogs will sit on top of a white star with either a red or blue background. USPS said the colors represent the American flag and patriotism.

Military dogs have served in the US military since World War I, and an estimated 2,300 military working dogs serve on US bases worldwide. The dogs preform dangerous tasks alongside the soldiers, often using their noses and convenient sizes to preform searches and rescues.

“These military dogs, and search-and-rescue dogs, are putting themselves on the line. They’re out in the front lines,” Diane Whetsel, head of the Sage Foundation that helps to provide funding for medical services that military dogs might need, told CNN in 2011.

US war dogs also have their own memorial in Holmdel, New Jersey. While the memorial was originally built to remember those dogs that served in Vietnam, it honors all dogs that have served in the military.

“They’re treated exactly like a soldier, in every way, shape and form,” said Robin Ganzert, the president and CEO of the American Humane Association told CNN.