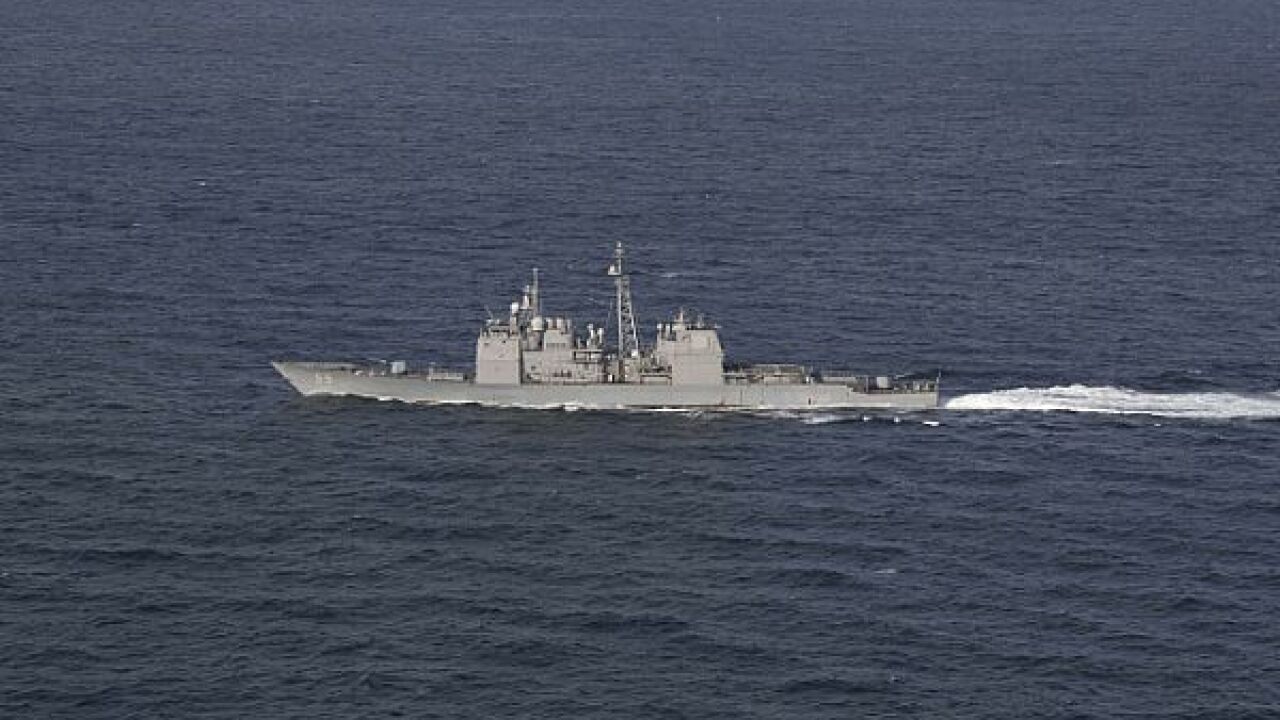 A U.S. Navy guided-missile cruiser and a dry cargo ship made contact during an underway replenishment off the southeastern coast of the United States.

No one was injured during this incident.

USS Leyte Gulf and USNS Robert E. Peary were able to safely operate after the incident. Any damage will be assessed when the ships pull into port.

The ships had been conducting a replenishment-at-sea when the sterns touched at around 4 p.m.

U.S. Fleet Forces Command and Military Sealift Command will be investigating this incident.

The ships were conducting operations in conjunction with the Abraham Lincoln Carrier Strike Group.