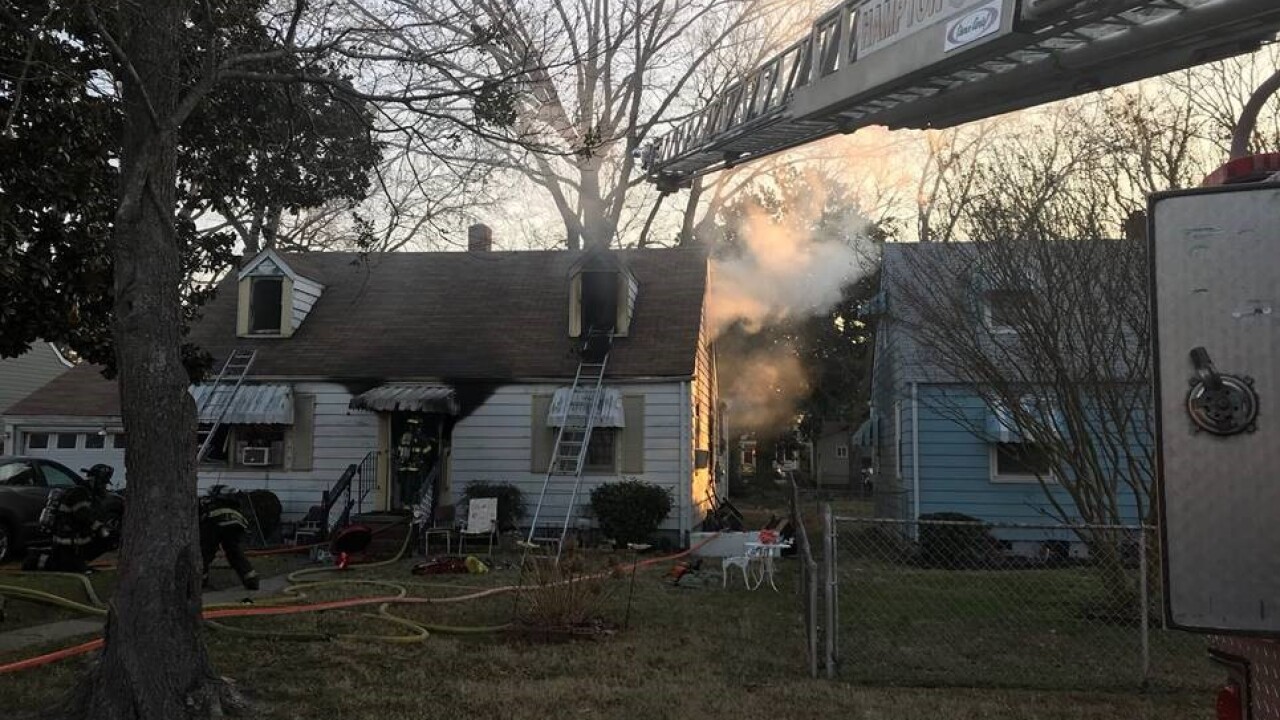 HAMPTON, Va. – Firefighters were called to a house fire in the 400 block of Algonquin Road in Hampton.

According to officials, the first arriving crews reported smoke showing from the residence.

The fire was extinguished quickly and there were no reported injuries to firefighters or the homeowners.

Two adults and one dog are displaced due to the smoke and fire damage. The Red Cross is assisting the residents.

The cause of the fire is not known and is still under investigation.