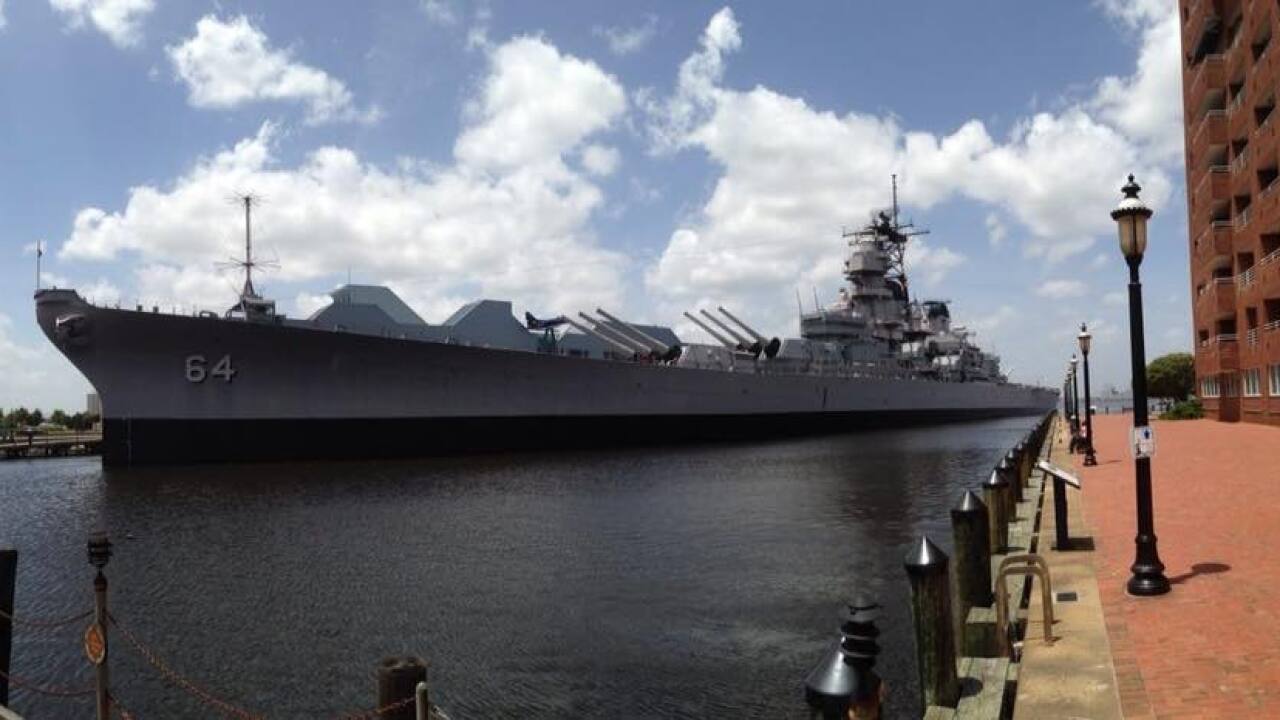 NORFOLK, Va. – The Battleship Wisconsin celebrates its 75th anniversary in 2019!

The Wisconsin is a legendary vessel that played a key role in World War II, the Korean Conflict and Operation Desert Shield.

Nauticus will be honoring the men who served aboard the ship with a year-long anniversary celebration entitled “Their Stories. Our History.”

The vessel earned five battle stars for service, and at one point was home to nearly 3,000 men. Since arriving in Norfolk in 2000, the battleship has become an integral part of the city’s landscape.

“The Battleship Wisconsin is a national treasure,” said Stephen E. Kirkland, executive director of Nauticus.  “It’s Nauticus’ extraordinary privilege to be the steward of the ship, but it belongs to the great country for which it served for so many years.”

Starting April 16, which is the day of the battleship’s commissioning in 1944, Nauticus will share the stories of the sailors who served during World War II, the Korean Conflict and the Gulf War. The program will end October 2­, which is the the date on which the Wisconsin reported for duty with the Pacific Fleet in 1944.

Videotaped accounts of life aboard the ship from those who called it home, as well as the opening of interior spaces never seen by the public, will be some of the many ways visitors will be able to fully experience the vessel once called “A City at Sea.”

There will be numerous opportunities for the public to participate in the celebration.  A complete calendar of 75th anniversary events will be available at this link.