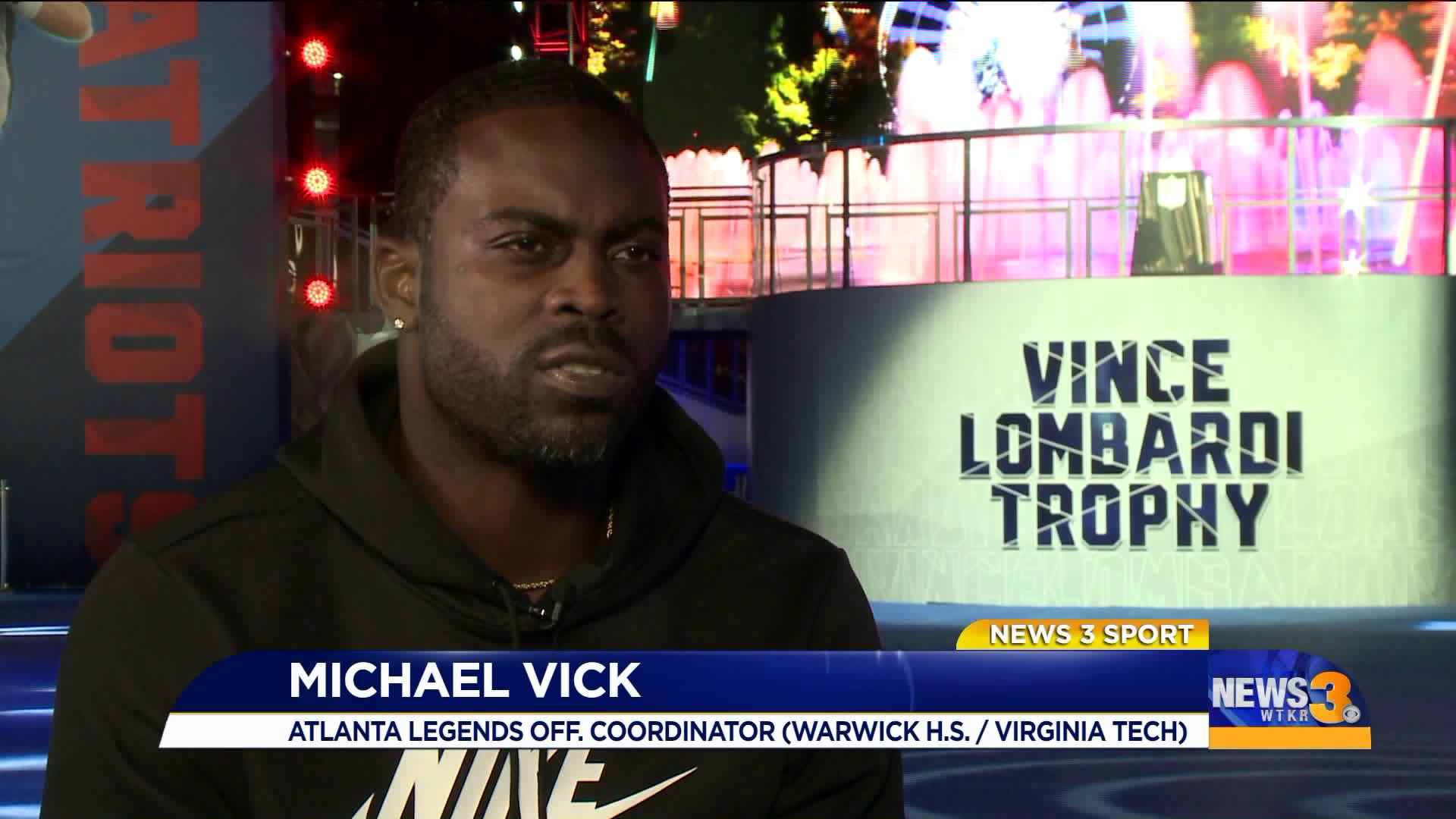 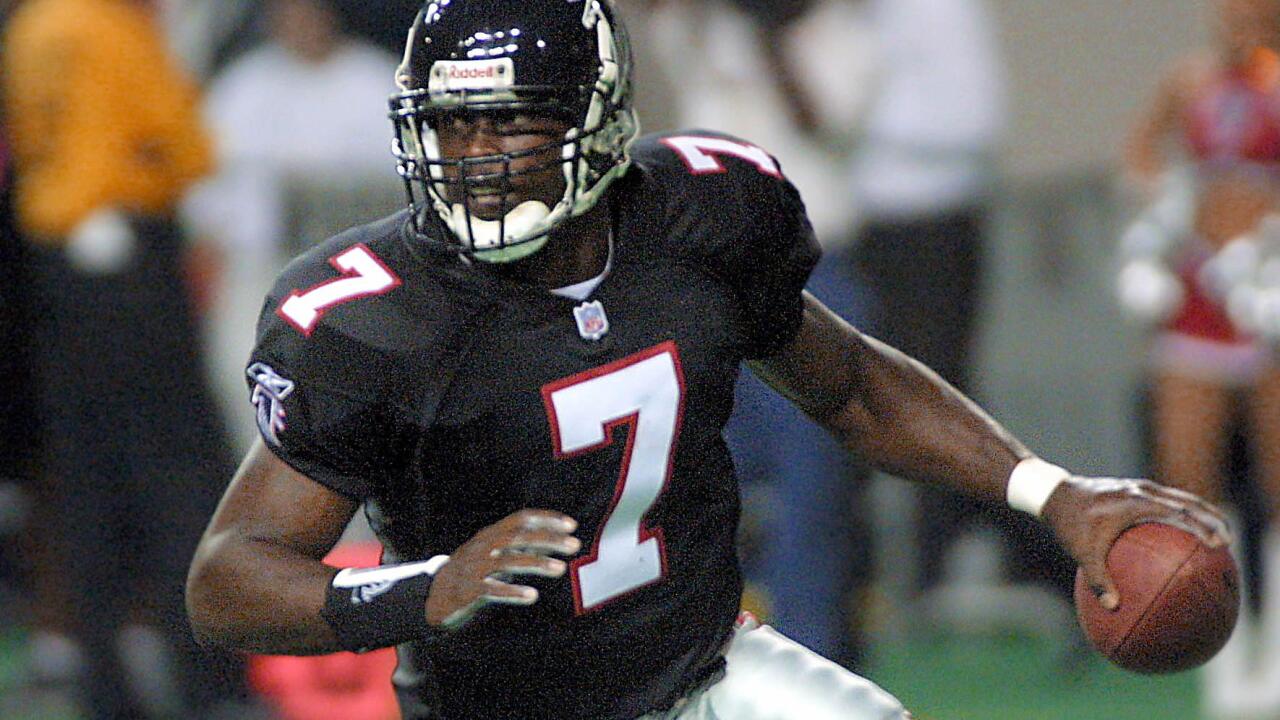 ORLANDO, Fla. — If you want to see Michael Vick on a football field again, then your chance comes this Saturday. But don't expect to see him in a helmet and pads.

Michael Vick during an Alliance of American Football presser.

The Newport News native and former NFL quarterback will make his offensive coordinator debut when he coaches the Atlanta Legends in the premiere season of the Alliance of American Football.

Vick, who is familiar with Atlanta after playing with the Falcons from 2001 to 2008, will coach the Legends against the Orlando Apollos — coached by Steve Spurrier. The game will air Saturday on News 3 at 8 p.m.

The AFF, which announced its formation in April 2018, has touted its league as a second chance for players who are looking to get to - or back to - the National Football League, a place Vick thrived and played for 13 seasons.

"I've always had a passion for teaching, coaching," said Vick during an AAF news conference in April. "I've been coached by some of the best. ... I'm looking forward to paying it forward to a group of guys that get a second opportunity at their careers."

This won't be the first time that Vick has coached professionally, serving as an intern in 2017 for the Kansas City Chiefs during the preseason. But, it will be his first full season professional coaching job.

Atlanta will be playing its inaugural season at Georgia State Stadium, previously known as Turner Field.

While Vick is the offensive coordinator for the Legends, he will not be calling the plays for the team led by longtime NFL assistant Kevin Coyle.

According to an interview with with Zach Klein of WSB in Atlanta, Cole said Vick has been busy with other commitments and they are still finalizing what role he will have as offensive coordinator.

Michael Vick is out as Offensive Coordinator for new Atlanta Legends football team - will be active and consult and support team, but he’s not calling plays.