4 dolphins have died within 2 years at an Arizona facility. Now it’s closing. 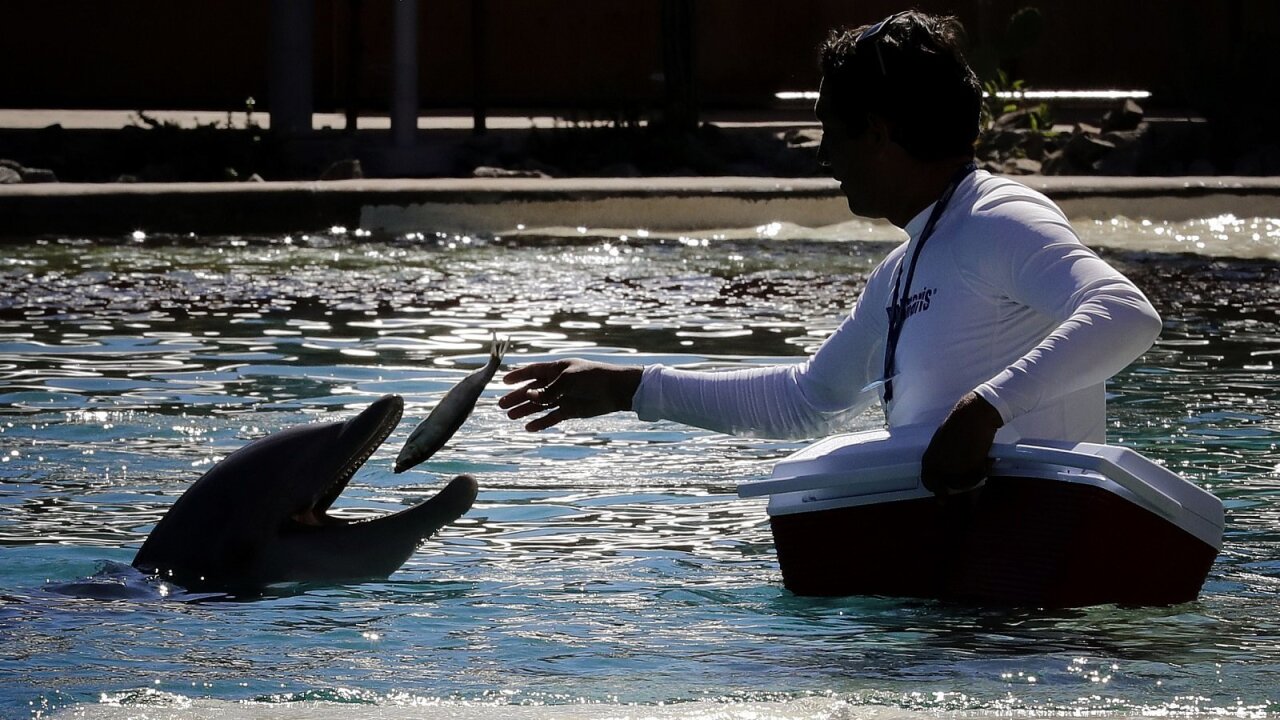 After the death of a fourth dolphin, Dolphinaris Arizona, a Scottsdale aquatic facility, announced that it will temporarily close for a reevaluation by an outside panel of experts.

After the death of a fourth dolphin, Dolphinaris Arizona, a Scottsdale aquatic facility, announced that it will temporarily close for a reevaluation by an outside panel of experts.

Dolphinaris Arizona has been open only since 2016. But the tourist attraction is already shutting its doors after four of its dolphins died in just a year and a half.

Beginning Friday, the Scottsdale facility will temporarily close to bring in veterinarians, pathologists, water quality experts and animal behavior specialists to reevaluate the facility, according to CNN affiliate KNXV.

“We recognize losing four dolphins over the last year and a half is abnormal,” general manager Christian Schaeffer said in a statement. “We will be taking proactive measures to increase our collaborative efforts to further ensure our dolphins’ wellbeing and high quality of life.”

The most recent death occurred on January 31. Before he died, Kai, a 22-year-old bottlenose dolphin, showed signs of difficulty swimming, eating and breathing, the company said in a statement.

“Immediately after Kai started showing signs of health decline two weeks ago our team made every effort to save his life, including bloodwork testing, ultrasounds, x-rays, and engaging external specialists and submitting diagnostic samples to outside university veterinary laboratories,” said Schaeffer. “After the veterinary team administrated hours of critical care, including providing him oxygen, medicine and x-ray testing, Kai’s condition continued to decline. We made the extremely difficult decision to humanely euthanize Kai ensuring he would pass peacefully.”

An external pathologist will conduct a necropsy to determine what caused Kai’s health struggles — as was the case with the three previous dolphins to die at the facility, the statement said

Bodie, a male bottlenose dolphin, died in September 2017 from a rare muscle disease, according to KNXV. Alia died in May 2018 from an acute bacterial infection and Khloe died December 2018 from a chronic illness caused by a parasite called Sarcocystis.

Dolphinaris describes itself as “one of the world’s leading providers of dolphin experiences,” and operates dolphin habitats at five locations in Mexico, their Scottsdale location is their only facility in the United States. The Arizona facility is subject to regular unannounced USDA inspections, the company says on its official website.

And while the closure is temporary, other dolphin organizations are pushing for more permanent measures.

Dolphin Quest, a company that loans dolphins to Dolphinaris, announced on Saturday that they will terminate their loan agreement, according to KNXV.

Organizations for animal welfare are putting pressure on Dolphinaris to keep their doors closed forever. The Animal Defense League of AZ, the Animal Welfare Institute, Dolphin Free AZ, Ric O’Barry’s Dolphin Project, the Lightkeepers Foundation and Plea for the Sea have all been involved, KNXV said.

“We are hopeful, but until Dolphinaris comes out and says that we are permanently closing, we are going to be watching with a watchful eye,” said Danielle Riley with Plea for the Sea told KNXV.