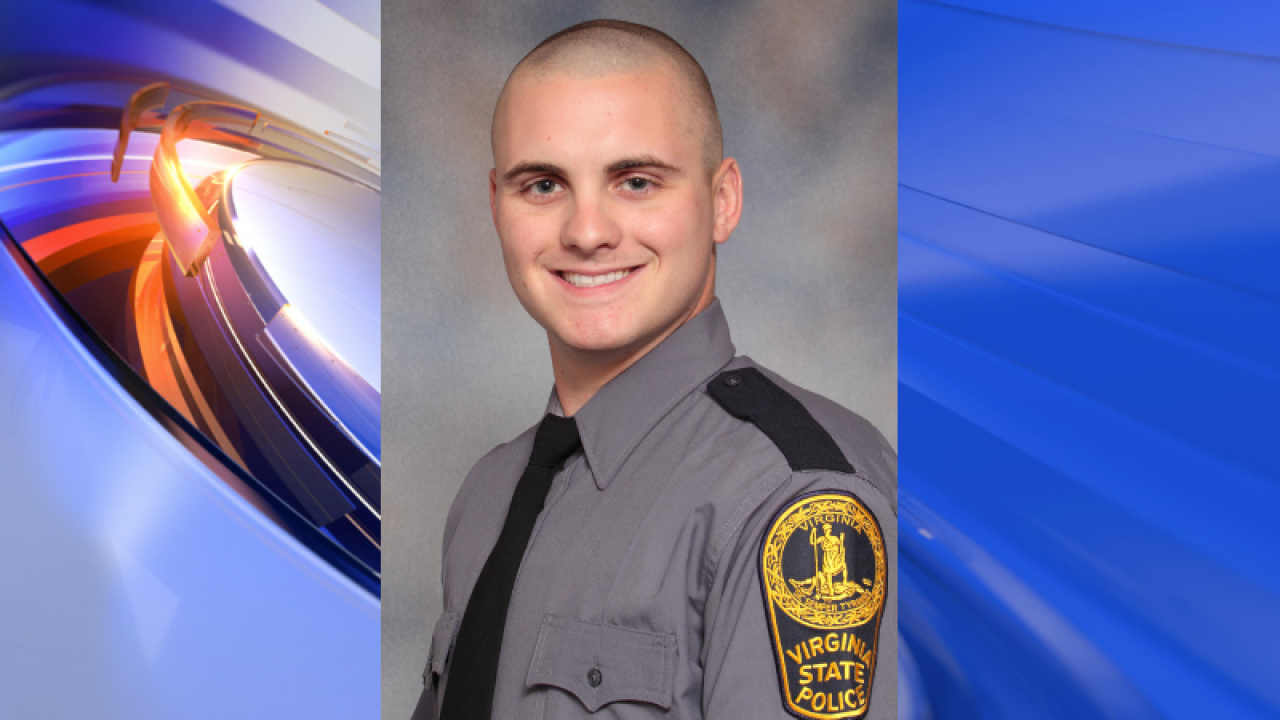 CUMBERLAND CO., Va. – Trooper Lucas B. Dowell became the 66th Virginia State Police trooper to die in the line of duty when he was killed by gunfire Monday around 10 p.m. while helping execute a search warrant as part of a narcotics investigation.

According to Virginia State Police, Dowell was part of a group assisting the Piedmont Regional Drug and Gang Task Force in the 1500 block of Cumberland Road/Route 45, just north of the town limits of Farmville. When law enforcement entered the home, the suspect, who was also killed in the gunfire exchange, opened fire on the task force.

Trooper Dowell was transported to Southside Community Hospital in Farmville where he succumbed to his injuries.

“This is an extremely difficult day for the State Police,” said Colonel Gary T. Settle, Virginia State Police Superintendent. “We are humbled by Lucas’ selfless sacrifice and grateful for his dedicated service to the Commonwealth. He will forever be remembered by his State Police Family for his great strength of character, tenacity, valor, loyalty and sense of humor.”

1/2: “This is an extremely difficult day for VSP,” said Col. Gary T. Settle, VSP Superintendent. “We are humbled by Lucas’ selfless sacrifice and grateful for his dedicated service to the Commonwealth…" #ThinBlueLine #NeverForget #ForeverRemembered @VaPSHS pic.twitter.com/9Gv2F5rtKy

Dowell was a native Virginian who grew up in Chilhowie. He graduated from Virginia State Police’s 122nd Basic Session in November 2014. His latest assignment was on patrol in Area 20, which encompasses the City of Lynchburg, and Amherst and Campbell counties.

Dowell was also a member of the Appomattox Division Tactical Team – the equivalent of a SWAT Team. He is survived by his parents and a sister.

According to Dowell’s Facebook page, he also studied Criminal Justice at Radford University.

Rep. Elaine Luria of Virginia’s 2nd District also expressed her condolences for the loss of Dowell, say on Twitter “Terrible news out of Farmville — one of our bravest individuals died as he worked to keep Virginia safe. My heart goes out to Trooper Dowell’s family and friends.”

The suspect who died during the shootout with law enforcement died at the scene and he was the only person inside the home at the time of the shooting. The suspect’s name has not been released.

The search warrant was being conducted as part of an ongoing narcotics investigation.

No other troopers or additional law enforcement personnel were injured in the shooting.

As part of the Virginia State Police policy, the two troopers who fired their weapons have been placed on administrative leave.

Terrible news out of Farmville — one of our bravest individuals died as he worked to keep Virginia safe. My heart goes out to Trooper Dowell’s family and friends. https://t.co/7FnUcfdzZ3