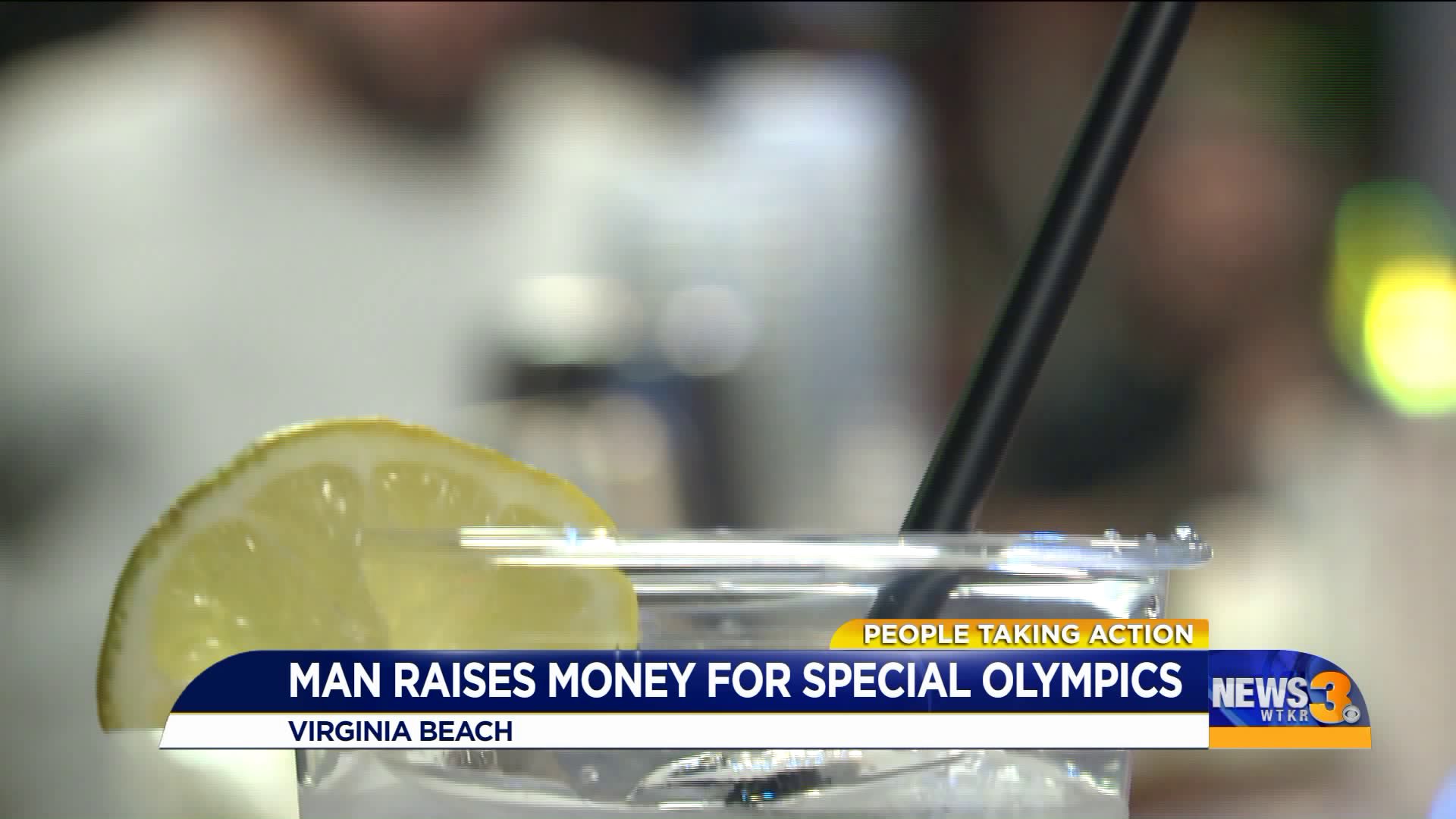 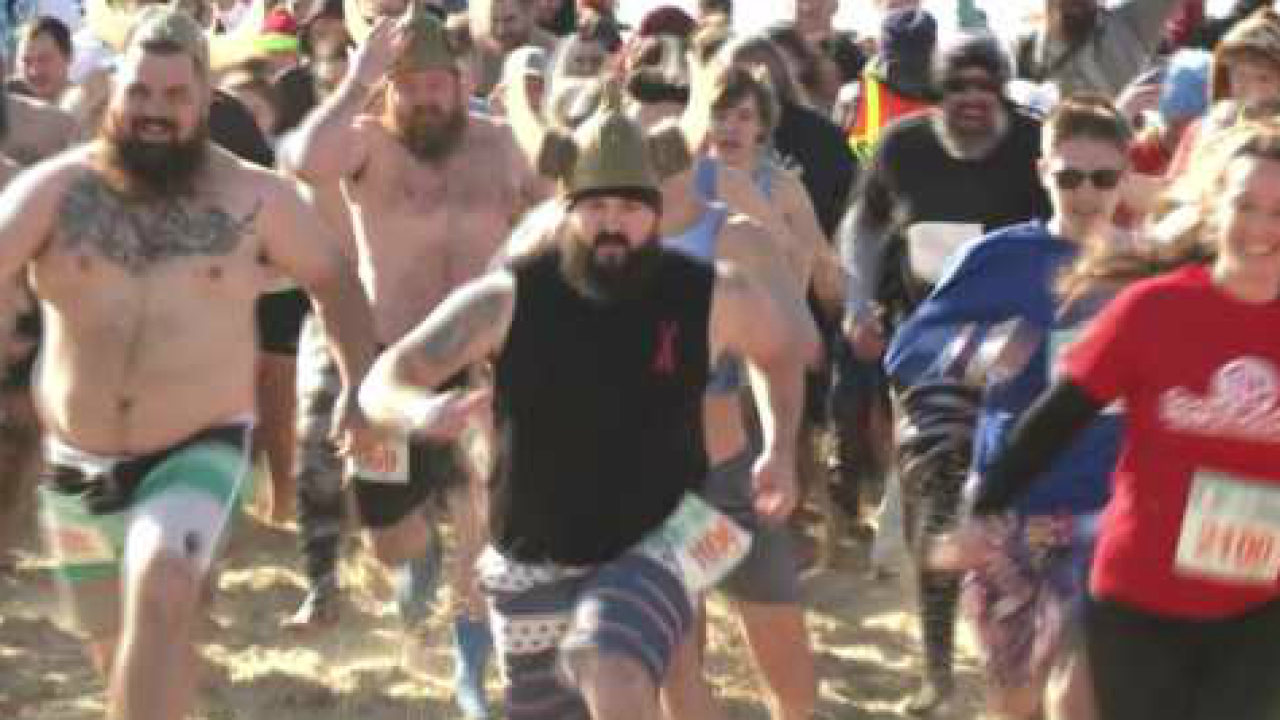 VIRGINIA BEACH, Va. - Joseph Morrison, whose friends affectionately call him "Tater," was a state champion wrestler at Cox High School. So, when asked to raise money for Special Olympics, he was all in!

“I’ve been an athlete all my life and even though these kids have special needs, they’re athletes, too, just like me," he said.

Joseph's friend owns a bar at the Oceanfront, and he asked if Joseph could fill in one night as a bartender. He chatted with us as he was making drinks.

Another friend challenged him to actually take the Polar Plunge.

Related: Photos from fun at the Virginia Beach Polar Plunge 2019

Challenge accepted! But under one condition.

“He said I’ll need photo evidence for it to count," Joseph said.

And it counted, all right! He was among nearly 3,500 people who decided to raise money for athletes who have special needs  by jumping into the 41-degree water of the Atlantic Ocean in Virginia Beach - and he has the pictures to prove it!

By being a guest bartender, he was able to raise $1,000 toward the 1.2 million raised overall by all of the good-hearted, costumed rabble-rousers on Saturday.

And that earned him a People Taking Action award, along with a $300 gift card from our community partner, Southern Bank.

The owner of the Chemistry bar at the Oceanfront matched the tips from Tater’s bartending night.

A team effort for a good cause.