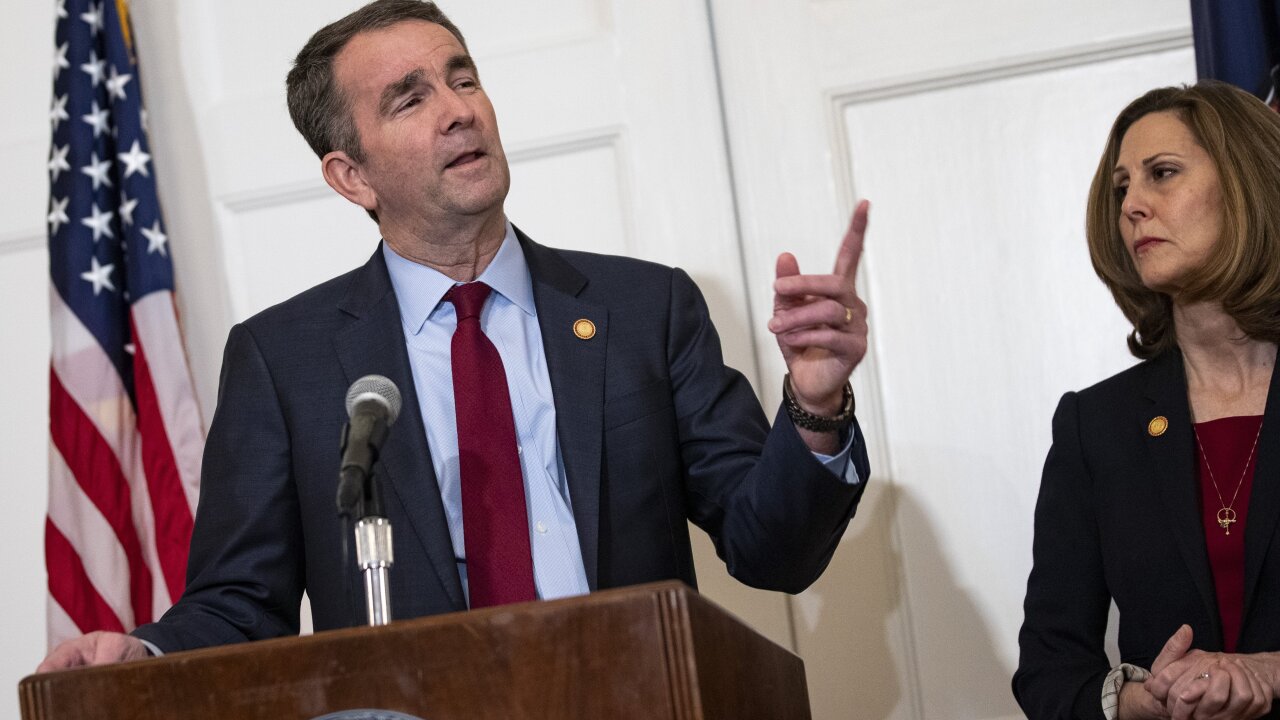 Virginia GOP Speaker Kirk Cox expressed skepticism on Monday that the legislature should try to force Democratic Gov. Ralph Northam out of office, highlighting a potential constitutional impasse the commonwealth could face should Northam decline to step down.

“I think there’s a rightful hesitation about removal from office, because obviously you have to consider that to some degree you’re overturning an election,” Cox said. “I think the constitutional provisions are very specific on the succession of office. It really does call for mental or physical incapacitation. That’s what it was meant to do.”

Pressure has grown on Northam to resign since revelations about a racist photo on his yearbook page and an ensuing news conference where he admitted to darkening his face to look like Michael Jackson for a dance competition. The governor has said he will not step down, and a source told CNN that Northam argued in a Cabinet meeting on Monday that he would be labeled a “racist for life” if he accepted the wide-ranging calls for him to step down.

Cox, who leads the GOP-controlled Virginia House of Delegates, said Monday they had opted to call for his resignation because of the “high standard” required in Virginia for impeachment.

According to Virginia professor A.E. Dick Howard, no Virginia governor has ever been removed from office via impeachment, although the Virginia Constitution provides such a mechanism.

The state Constitution says the governor — as well as other elected or appointed officials — can face impeachment in the General Assembly for “malfeasance in office, corruption, neglect of duty, or other high crime or misdemeanor.” The process, similar to impeachment on the federal level, requires the House of Delegates to impeach the governor before a trial is held in the Senate, where a conviction requires a two-thirds majority.

A separate section on gubernatorial succession allows for the Virginia attorney general, the head of either chamber of the General Assembly or a majority of the General Assembly to declare the governor “unable to discharge the powers and duties” of the office and have the lieutenant governor become acting governor. The governor could then declare himself able to retake the office, but the issue would return to the state leaders and ultimately a three-fourths majority of the legislature would have to declare the governor unable to hold office.

A senior legislative aide indicated to CNN the latter mechanism would be inappropriate in this circumstance.

“Many feel the Constitution in that section is only meant for when a governor is physically unable to fulfill his duties, such as if he had a heart attack or was assassinated or something along those lines,” the aide said.

The racist yearbook photo, which Northam has denied being in, predates his time in office by several decades, and Cox’s comments on Monday would indicate that impeachment would be difficult to pursue should Northam stand firm and remain in office.