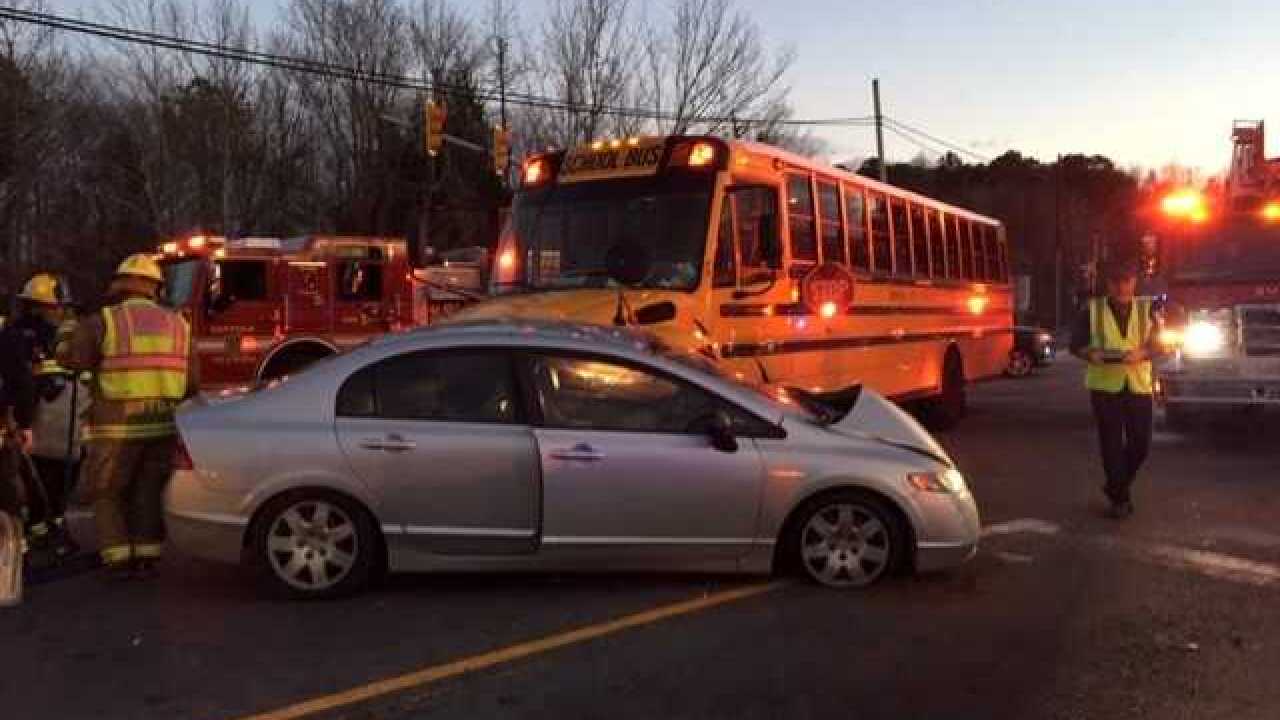 SUFFOLK, Va. – Suffolk Police and Suffolk Fire & Rescue personnel are currently on the scene of a two vehicle accident involving a Suffolk Public School bus and a passenger vehicle.

Emergency Communications were contacted at 5:22 p.m., letting them know of the accident that occurred in the 1100 block of Portsmouth Boulevard at the intersection of Nansemond Parkway.

Upon preliminary investigation, it was determined that the driver of a 4-door Honda traveling westbound ran a red light and was t-boned by the bus.

The only occupant of the vehicle was an adult female driver and she received emergency medical assessment and treatment. She was ground transported to a local hospital with non-life threatening injuries.

The bus was transporting students from John F. Kennedy Middle School, and the four students and bus driver also received medical assessment, however, there were no injuries reported.

Several parents of the involved students responded to the scene to pick-up their children, and a secondary bus also responded to continue the route.

Detours are being set-up in the area and the affected portion of the roadway is anticipated to remain closed for at least the next hour.

The investigation remains ongoing at this time.