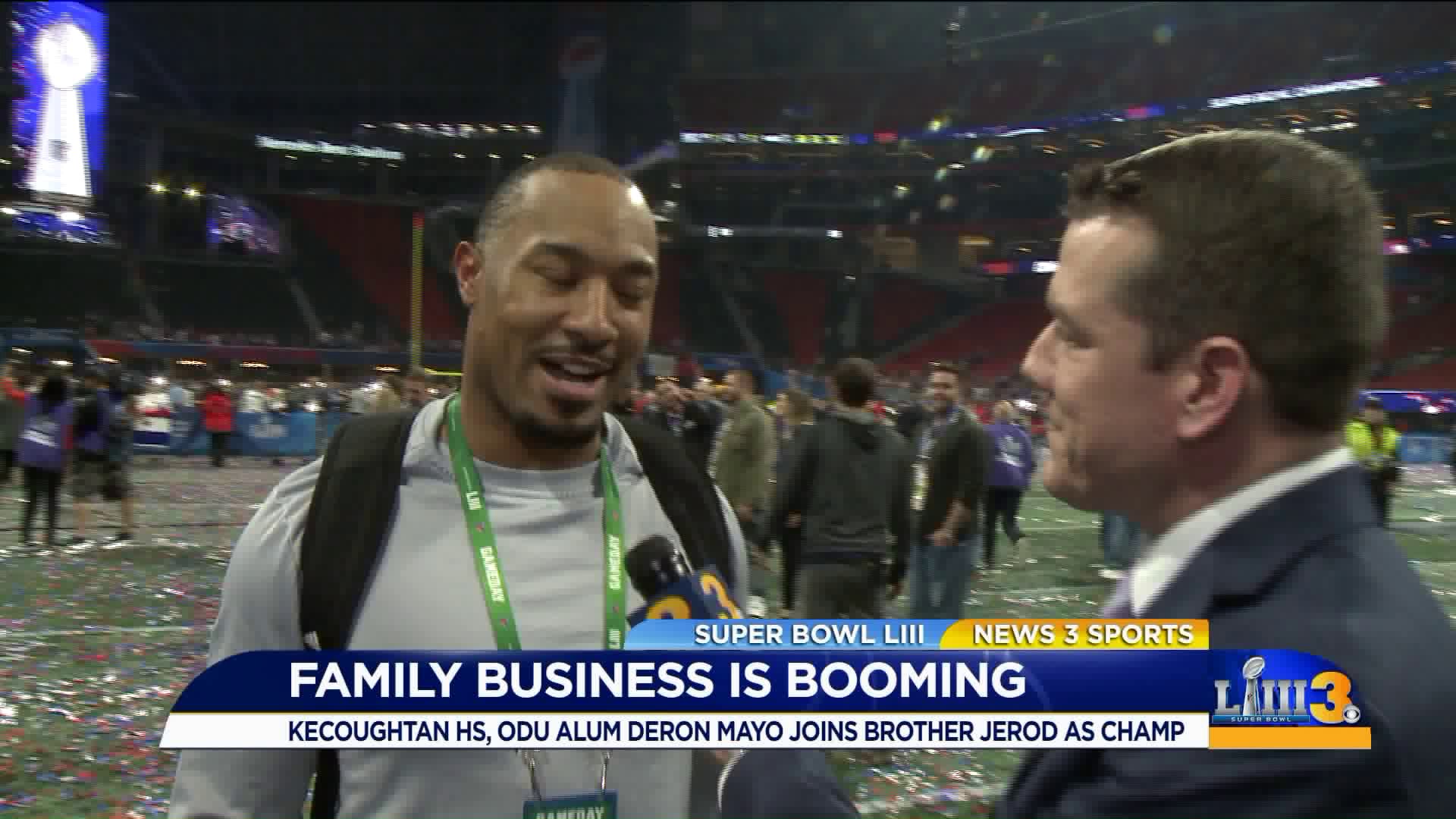 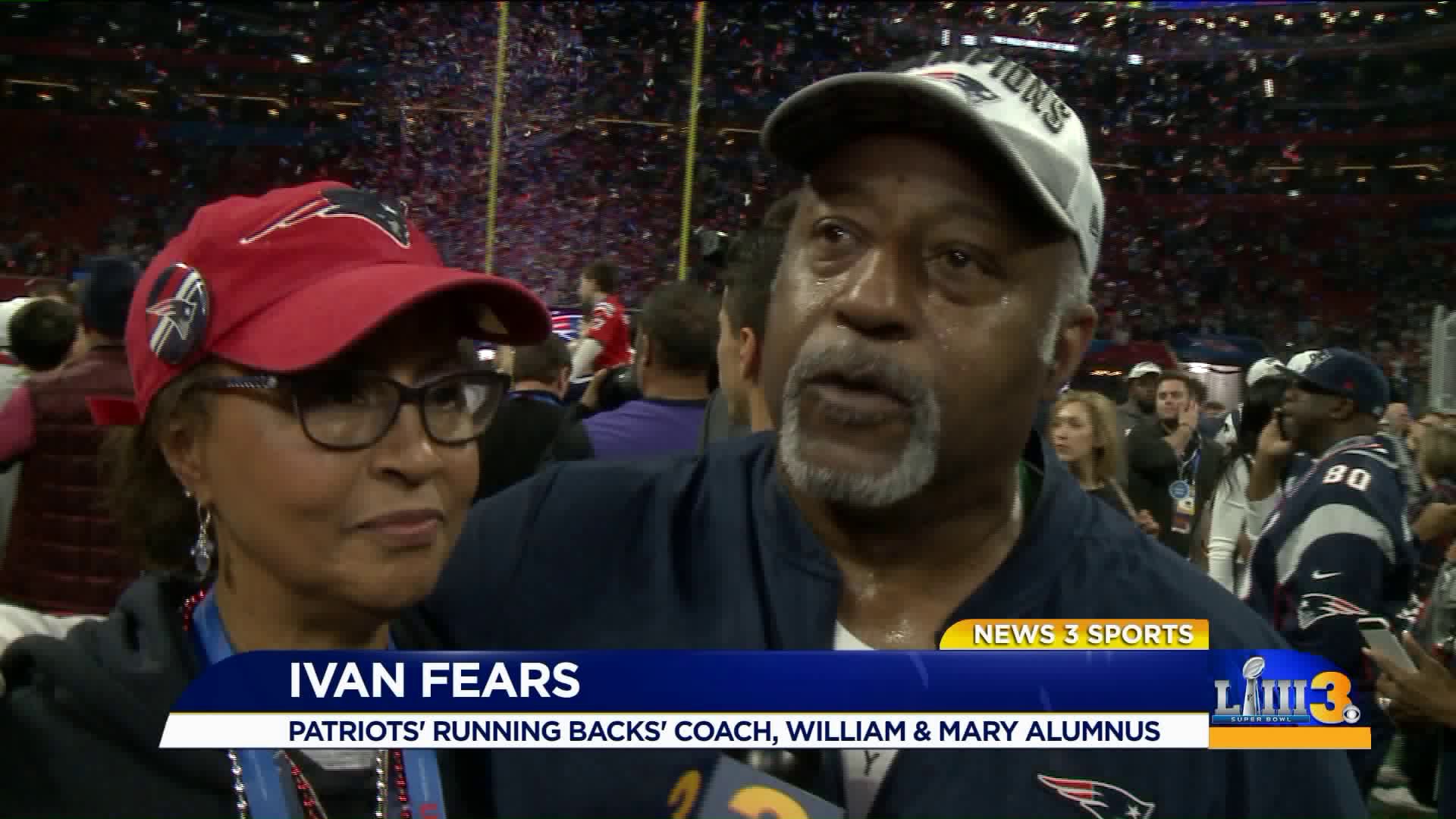 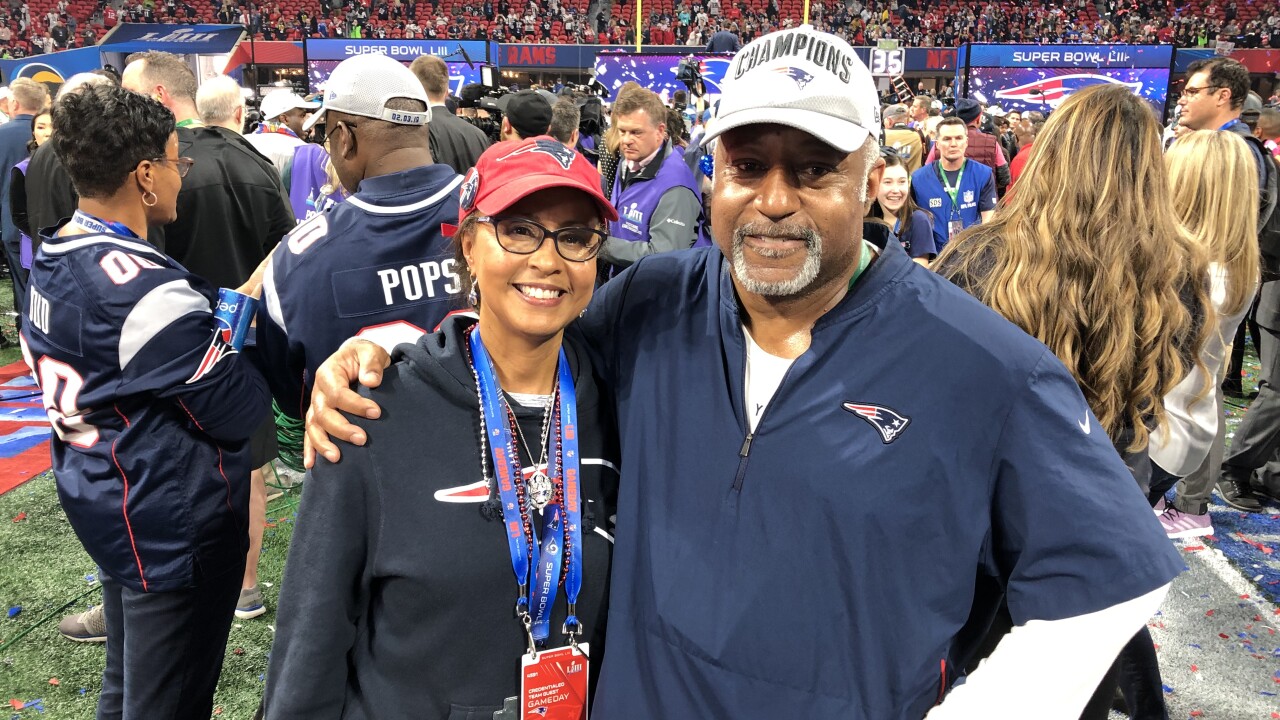 ATLANTA, Ga. - One has coached for more than four decades. One is a coaching rookie. Both are Super Bowl champions and both were groomed in Hampton Roads.

Patriots running backs coach Ivan Fears, a Suffolk native, is now a six-time Super Bowl champion. Fears is a 42-year coaching veteran, spending his last 19 on the staff of the Patriots. News 3 visited with Fears, a former player and assistant coach at William & Mary, and his wife Beverly - a Portsmouth native and also a William & Mary graduate after New England knocked off the Los Angeles Rams 13-to-3 to win Super Bowl LIII.

"Number six - it's out there," Fears told News 3 on the field of Mercedes-Benz Stadium after the game. "I don't know if it's hit me. It will hit me later, though. "To get another win, get another ring - that's special."

Deron Mayo, a Kecoughtan High School alumnus, is in his first season as an assistant strength & conditioning coach with the Patriots. Mayo was a co-captain for the Old Dominion football team in 2010 and is the first former Monarch to sign an NFL contract (Denver 2011). Mayo is the younger brother of former Patriots first round Draft pick and Super Bowl champion Jerod Mayo.

"It's one of those things you have to see and experience for yourself," Mayo told News 3. "There's so much attention to detail and high-character in that locker room and that building."

Each Mayo now has a Super Bowl title. But Deron also won a @CFL Grey Cup & says Jerod has work to do. @WTKR3
https://t.co/eCo7bIUKDd pic.twitter.com/mxkGf512oS

The #GoPats were supposedly too old with too many holes to win a record-tying 6th #SuperBowl title.