After 56 witnesses and 200 hours of testimony, the fate of a near-mythical drug lord now rests with the jury 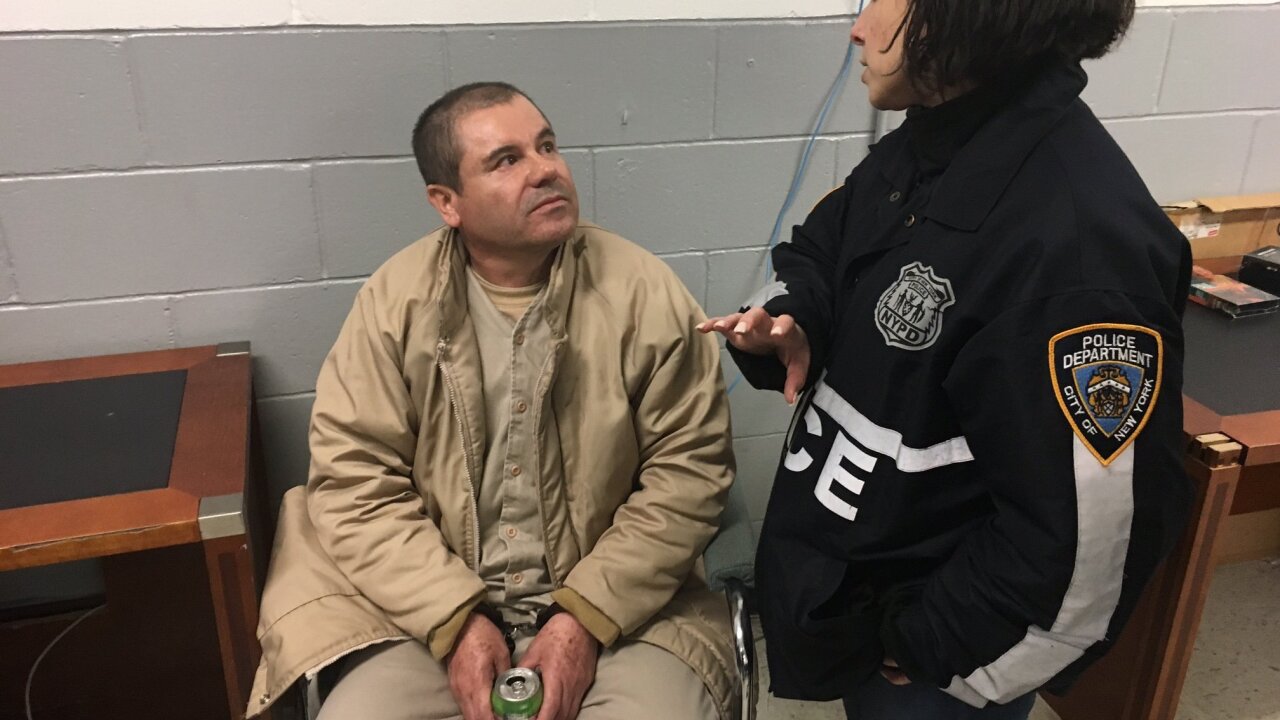 Nearly 2,600 miles from Mexico’s Golden Triangle, a fertile marijuana and opium growing region that helps sustain America’s insatiable narcotics appetite, the most intimate details of the Sinaloa drug cartel and its enigmatic leader have been on public display in a New York courtroom.

For two and half months, an anonymous and partially sequestered jury of seven women and five men sat through a case that could be described as “International Drug Trafficking 101.” They heard testimony about unspeakable tortures and ghastly murders, epic corruption at nearly every level of Mexico’s government, narco-mistresses and naked subterranean escapes, gold-plated AK-47s and monogrammed diamond-encrusted pistols.

“This trial gave the American public tremendous insight into how these powerful drug trafficking cartels operate,” said Mike Vigil, former chief of international operations for the US Drug Enforcement Administration.

Monday, after instructions from US District Judge Brian Cogan, jurors will begin deliberations on the fate of Joaquin “El Chapo” Guzmán Loera, who came from humble origins in the heart of the rugged three-state Golden Triangle to become its most infamous native son.

Guzmán, 61, faces 10 counts, including engaging in a continuing criminal enterprise, conspiracy to launder narcotics proceeds, international distribution of cocaine, heroin, marijuana and other drugs, and use of firearms. He has pleaded not guilty.

He could be sentenced to life in prison if convicted on the top charge of engaging in a continuing criminal enterprise.

A flow of narcotics no border fortification could stop

For 38 court days, the rise and fall of the near-mythical Mexican drug lord who allegedly pocketed nearly $14 billion as the decades-long head of the murderous Sinaloa cartel took center stage in room 8A of the Eastern District courthouse in downtown Brooklyn.

“El Chapo, who was known to be a man of the people from a very lowly background, was as cutthroat and as ruthless with the people that he offed or that he ordered to be killed as he was with his personal associates and the women that he dealt with,” said Bruce Bagley, a University of Miami expert on Mexico’s cartels who has followed the trial.

Conducted in part during the partial government shutdown over funding for a border wall, the trial showed that any such fortification would have failed to stop the tons of drugs the cartel moved from Mexico to the United States via fishing boats, trains, tractor-trailers, radar-evading airplanes, passenger cars at legal ports of entry, submarines, oil tankers, cocaine-laden cans of jalapeños and cross-border tunnels.

“The wall is not going to stop any of this,” Bagley said.

“The problems the United States has in sort of stopping these networks operating within the US is overwhelming. It’s beyond the capacities of our law enforcement communities.”

The prosecution was based largely on 200 hours of testimony from 56 witnesses, including 14 cooperating witnesses — mostly traffickers and cartel associates — that a defense attorney dismissed as “lifelong liars” willing to perjure themselves in exchange for reduced sentences.

There were also surveillance photos, intercepted phone calls and text messages involving Guzmán, exhibits of blingy firepower and bricks of cocaine that dropped with the force of potato sacks.

“I think the most damaging evidence against Chapo Guzmán were the wire intercepts in which he’s negotiating sources of supply,” said Vigil, who spent more than a dozen years working with the DEA in Mexico and along the border.

“It’s very difficult to defend when Chapo Guzmán himself is negotiating for drugs or talking to a distributor and his voice is on the tape. ”

There was stunning testimony of corruption at nearly every echelon of Mexico’s government, from police and military commanders to local and state officials to former presidents who vehemently denied the allegations.

“It’s a confirmation of the massive widespread bribery and points to the difficulty the US government under (Presidents) George W. Bush, under (Barack) Obama and now (Donald) Trump have in finding workable partners,” Bagley said.

The daily drama drew celebrities and so-called narco-tourists attracted to the Latin American soap-opera atmosphere of the proceedings. Guzmán appeared in a suit and tie each morning, delivering a wave and smile to his former beauty queen wife, Emma Coronel, a regular in the second row.

Coronel, 29, sat calmly through the testimony of one of El Chapo’s lovers. Former Mexican lawmaker Lucero Sanchez broke down on the stand, describing how he lured her into marijuana trafficking without ever compensating her. She was 21 at the time.

“Until today, I’m confused. I thought it was a relationship romantically, as partners,” she testified, eliciting laughter from Coronel.

The next day, in an apparent show of solidarity, Coronel and El Chapo appeared in court wearing matching velvet jackets.

In a blue prison uniform, Sanchez recounted one of Guzmán’s many legendary escapes from authorities.

One night in February 2004, she was in bed with Guzmán in a hideout on the outskirts of Sinaloa’s capital, Culiacan. During a raid by a team of Mexican marines and a DEA agent, the diminutive kingpin slipped away — naked — through one of his signature tunnels dug under a bathtub.

Guzmán got away but his 13 years on the lam would come to crushing end a few days later — until he escaped again in 2015.

El Chapo’s IT guy helped bring him down

El Chapo’s own paranoia and obsession with the electronic monitoring of his wife, mistresses and associates contributed to his downfall.

His IT specialist, a baby-faced computer geek from Colombia named Christian Rodriguez, also flipped on the drug baron and testified at the trial.

After opening Guzmán’s encrypted phones and spyware for the FBI, Rodriguez fled to the United States. He provided the feds access to text messages and cell phone conversations El Chapo had with cartel associates, his paramours and his wife — many of which were introduced introduced as evidence.

Last week, defense attorney Jeffrey Lichtman delivered a closing argument laced with humor and sarcasm. At times he drew laughter from the usually stoic jury. His closing lasted four hours. By contrast, only one witness testified in El Chapo’s defense, and that testimony lasted 15 minutes.

Lichtman questioned the credibility of a procession of cooperating witnesses who he said “lied every day of their lives — their miserable, selfish lives.”

He reintroduced a defense theory that the real boss of the Sinaloa cartel is Ismael “El Mayo” Zambada, a longtime associate of Guzmán now in his 70s. The theory goes that Zambada — who’s also named in the superseding indictment against Guzmán — bribed the Mexican government to frame El Chapo and remain free to run the cartel.

Federal prosecutor Amanda Liskamm, in her rebuttal, reminded the jury that Guzmán, not Zambada, was on trial.

“We don’t have to prove that the defendant was the ultimate leader,” she said.

“We don’t even have to prove that he was one of the top leaders. … Even under (the theory of Zabada as true kingpin) the defendant is still a boss. He’s still guilty.”

Still, Guzmán’s capture in 2016, extradition one year later and likely conviction this week has not — and will not — diminish the power and reach of the Sinaloa cartel, according to experts.

“It’s not going to affect the future of the cartel,” Bagley said. “The bottom line is there are a lot of other people waiting in the wings. The jockeying has already begun.”