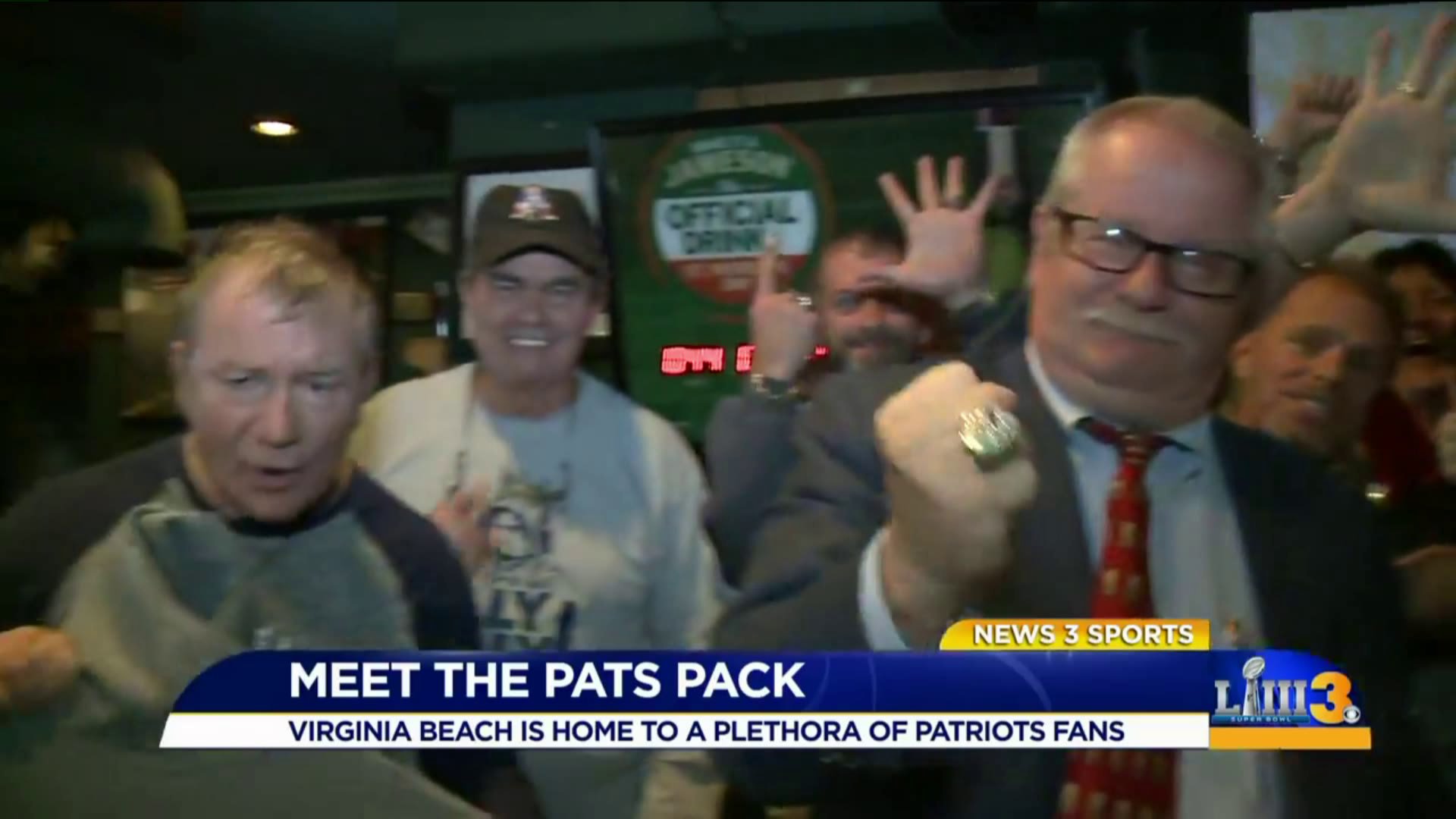 VIRGINIA BEACH, Va. - Murphy's Pub at the Virginia Beach Oceanfront has been the headquarters for Patriots fans in Hampton Roads for the past 16 years.

It's become more of a family than just fans under one roof.

“When we opened the bar in 2003, we took a vote at the bar where we involve all the customers and took a vote, pulled the names, majority rules we became a patriots bar," said Murphy's General Manager Chip Holland.

Every Sunday that Tom Brady and the Patriots take the field, the seats in the pub are filled with Patriots jerseys on the majority of people's backs.

“It’s huge on game-day. Sundays’ we probably have at least 40 people here," Virginia Beach Patriots Fans leader Joe Belec told News 3. "Last game we had people hanging from the rafters, everybody was here, we were cheering, basically throwing things at the TV”

It'll be packed for the Super Bowl, a game you can see on News 3, so get there early if you plan to partake in the festivities.