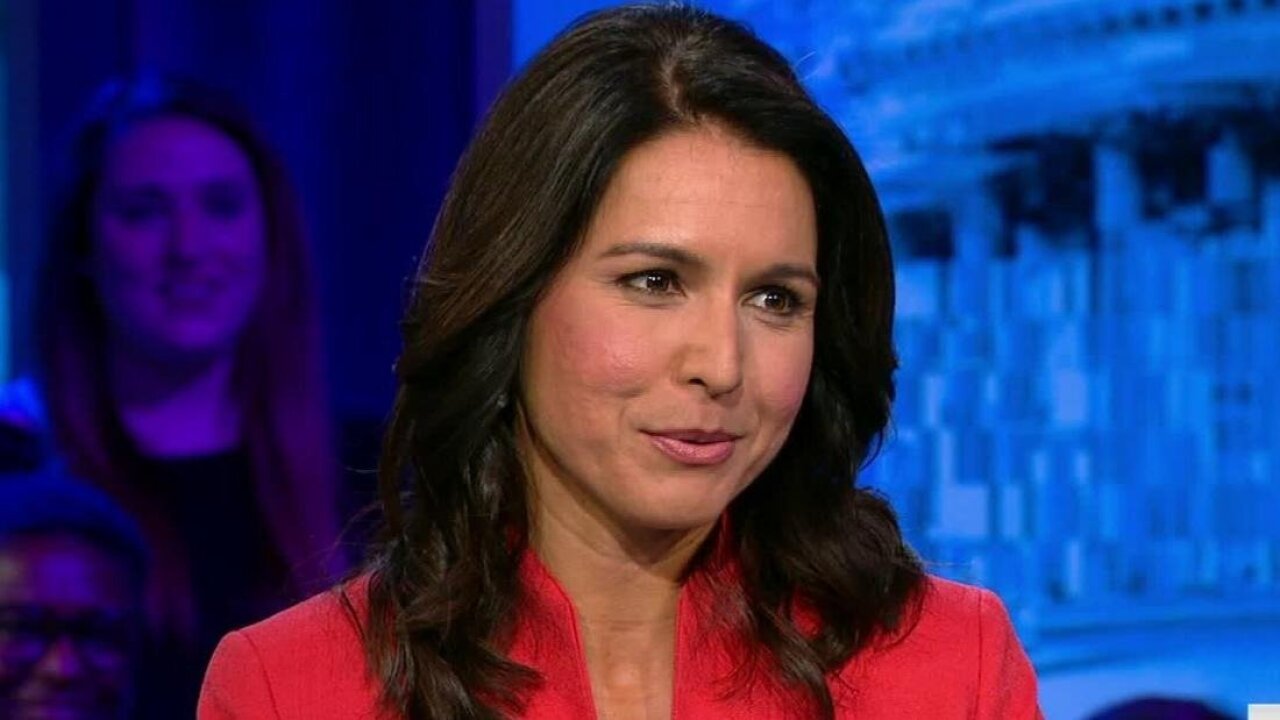 Rep. Tulsi Gabbard in the early 2000s touted working for her father’s anti-gay organization, which mobilized to pass a measure against same-sex marriage in Hawaii and promoted controversial conversion therapy.

Rep. Tulsi Gabbard officially launched her 2020 presidential campaign in Hawaii on Saturday, drawing on her service in the National Guard as guiding her longshot bid for the White House.

“I will bring this soldier’s principles to the White House, restoring the values of dignity, honor and respect to the presidency and above all else, love for our people and love for our country,” Gabbard said. “I ask you to join me, join me in putting this spirit, this spirit of service above self at the forefront and to stand up against the forces of greed and corruption.”

She added, “The road ahead will not be easy. The battles will be tough. The obstacles great, but I know when we stand united by our love for our people and for our country, there is no obstacle we cannot overcome. There is no battle we cannot win.”

The official launch of Gabbard’s campaign gives her presidential bid a chance at a reset after weeks of discord heading into the announcement.

Gabbard, an Iraq War veteran who gained national prominence in 2016 as an outspoken supporter of Vermont Sen. Bernie Sanders’ 2016 campaign, will run for President as an anti-interventionalist Democrat who support a populist economic agenda.

While the congresswoman has highlighted health care access, criminal justice reform and climate change as key platform issues for her presidential run, her tenure in Congress has been defined by her anti-interventionist foreign policy positions and her campaign is expected to, as well. Those views drew criticism when, in 2017, Gabbard met with Syrian dictator Bashar Al-Assad during a visit to the war-torn country.

Despite not formally launching until Saturday, Gabbard’s campaign has been defined by chaos inside the operation and a string of fits and starts to the congresswoman’s decision to get into the race in the first place.

Rania Batrice, a former top operative to Sanders, was named Gabbard’s campaign manager when she made her initial announcement. But just weeks later, Batrice has already left the campaign and was not expected to be in Hawaii for Gabbard’s first official event, according to a source with knowledge of the plans.

The story is similar for Revolution Messaging, the digital consulting firm that helped Sanders in 2016 that Gabbard had tapped to help with her campaign. The company, the source said, will stop working for Gabbard after her Saturday announcement.

The departures, which come just weeks after Gabbard first told CNN that she had decided to run for President, spells chaos for the nascent campaign, which has struggled to get on message after the congresswoman’s surprise announcement to CNN’s Van Jones and a series of negative stories about her past positions on gay marriage and LGBTQ equality.

Reached on Wednesday, Batrice highlighted her relationship with Gabbard and said she wishes “all the best as she mounts her historic campaign.”

“I got to know Tulsi when she courageously stepped down from the DNC to endorse Bernie in 2016,” Batrice said. “She has been and continues to be my dear friend, and it’s been an honor to work with her over the last few years.”

Erika Tsuji, Gabbard’s spokeswoman, downplayed the dysfunction inside the campaign — which was first reported by Politico — and argued that Gabbard campaign’s contract with Revolution Messaging “was limited to assisting with the campaign launch” and therefore it was not noteworthy that they were leaving the operation.

“We are excited to launch our campaign in Hawaii this weekend. Tulsi 2020 is building a movement-based campaign that tells the story of the American people and we can’t wait to get on the road,” Tsuji said.

But the departures cap months of fits and starts for Gabbard’s campaign. According to the source, Gabbard had her team working feverishly before Thanksgiving on a rollout plan for her presidential campaign, but — after much of the work was done — backed away from the plan. The same happened over Christmas and New Year’s, the source said.

Making matters worse, Gabbard’s team was stunned when the congresswoman announced her plans on CNN.

“I have decided to run and will be making a formal announcement within the next week,” Gabbard told Jones.

The unexpected announcement forced Gabbard’s team to scramble to get her campaign infrastructure in order, including taking her campaign website live and publicizing her announcement out on social media. Gabbard didn’t release her campaign launch video until nearly two weeks after her interview with CNN.

Gabbard faced further scrutiny when CNN’s KFile reported that the now progressive lawmaker once touted working for an anti-gay group that backed conversion therapy and mobilized to pass a measure against same-sex marriage in Hawaii.

Gabbard issued an apology in response to the report and the candidate released a four-minute long video explaining her changing views on gay marriage.

“In my past, I said and believed things that were wrong, and worse, they were very hurtful to people in the LGBTQ community and to their loved ones,” she said. The video of Gabbard apologizing was released days before her official campaign video.

Gabbard, in an email to supporters, announced her plan for Saturday earlier this week.

“Our campaign begins with aloha, and it begins in Hawaii,” she wrote.

A former Gabbard staffer made light of the chaos ahead of the event.