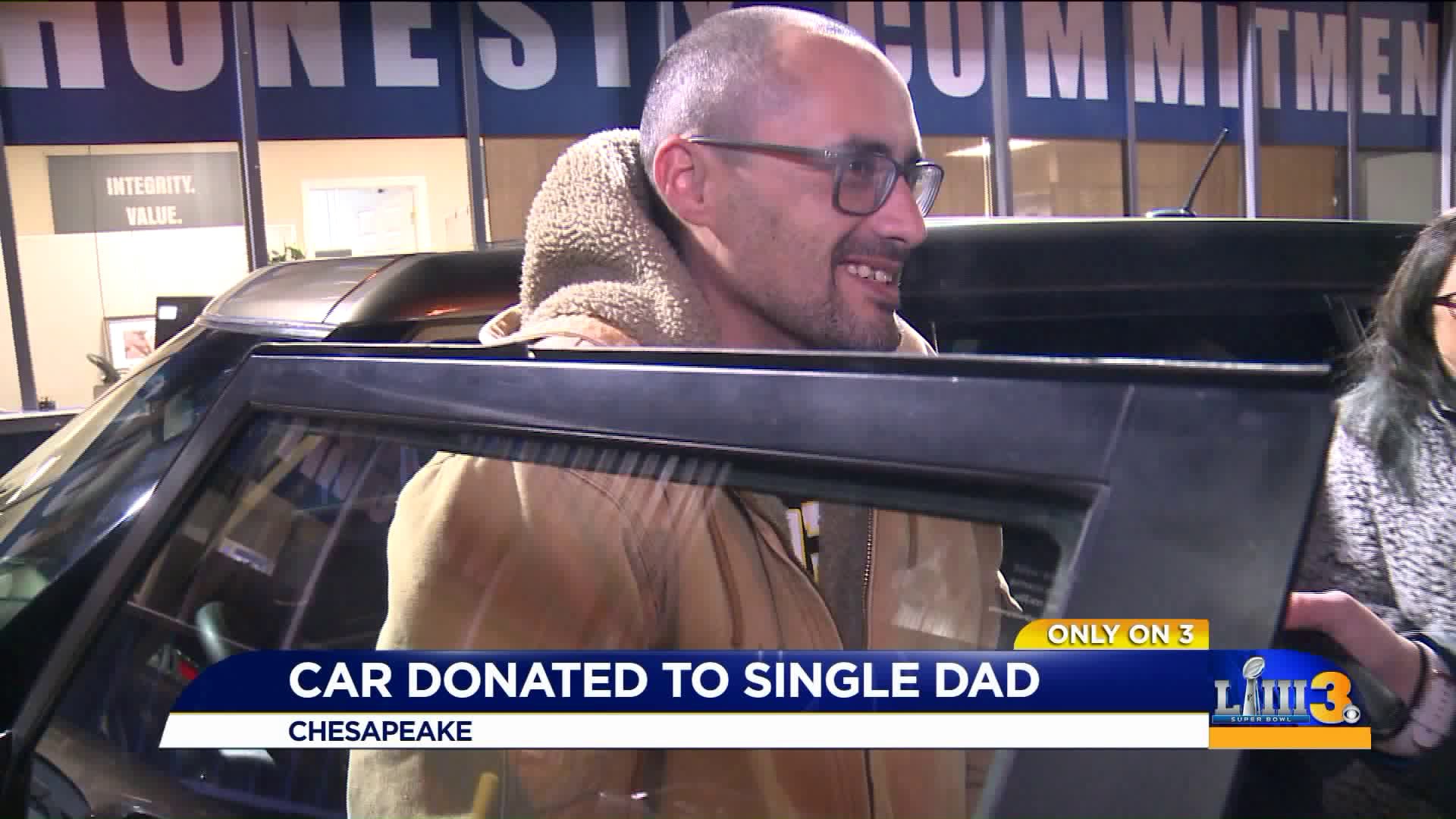 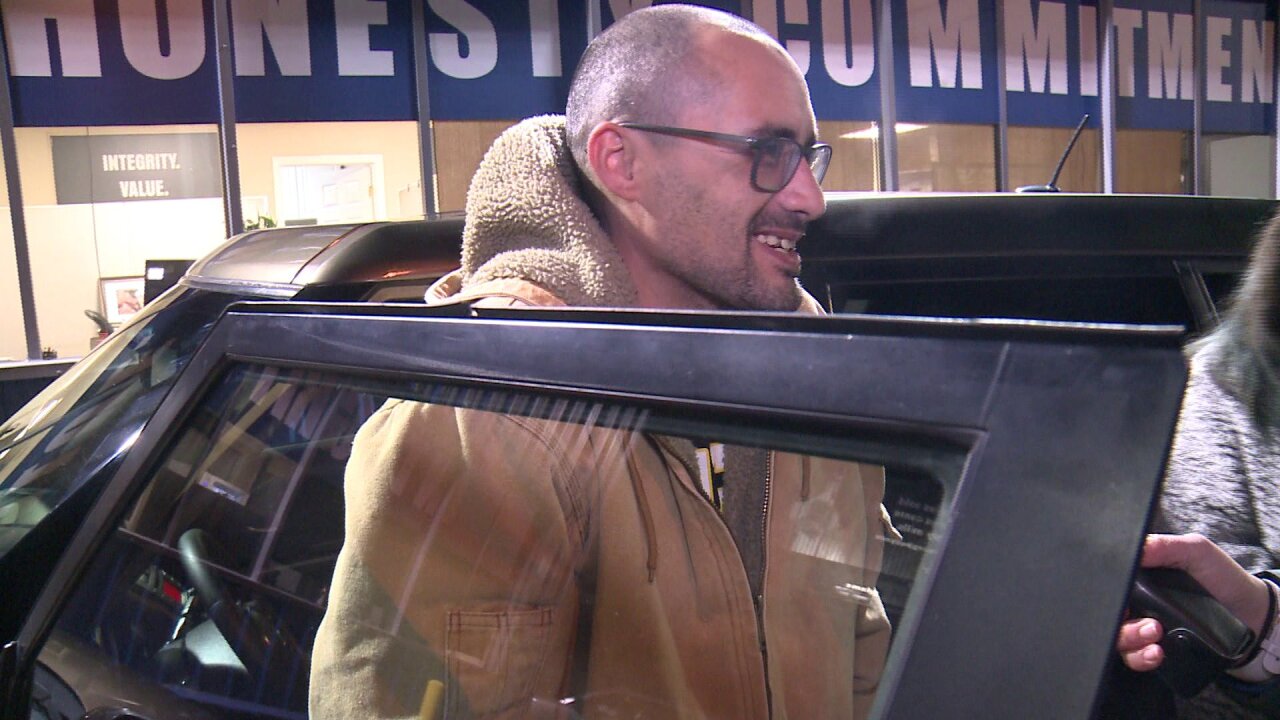 CHESAPEAKE, Va. - It was the surprise of a lifetime for one local single father.

News 3 was there as a man learned he was getting a huge gift from a complete stranger.

Using a walker, Jesse Walling learned that the shiny new Kia Soul Hatchback in front of him is his.

Times have been difficult for Walling. The single father with type 1 diabetes said he recently hurt himself when he fell off a ladder at work. He said getting around was also a struggle because he kept putting money into a car that kept breaking down.

"He's just gone through a really tough time with his car breaking down, his family helping them get back together then it finally blew again," said Jeff Wine, owner of Wine Automotive on N. Battlefield Boulevard. "So he just sunk money into a car, and it finally blew up."

Walling's mom heard from a coworker about a contest run by the dealership. She and his sisters entered him into the contest and explained why he needed the new wheels.

"I’ve been praying every day that he be chosen for this vehicle," said Lola Keith, Walling's mom.

According to Wine, the dealership gives away a car each month as a way to give back to the community.

"We wanted to get back to help somebody in need," said Wine.

Walling was selected out of 400 applications the dealership received.

"He wants to do stuff with his daughter. I've three kids of my own, so I know how important it is to take your kids," Wine said.

"I was like, 'Wow, he has a car again!'" Nevaeh Walling said with a laugh.

His sister is happy for him, too.

"I always see stuff like this on TV and I never expected it to actually happen. It just seems like something out of a dream."

That night, Walling thought the family was going out for dinner.

"I thought we were making a pit stop, and that’s it," he said.

But now he’s got a new set of wheels that will help him get around with his daughter and make his life a little bit easier - all thanks to a gift from a stranger.