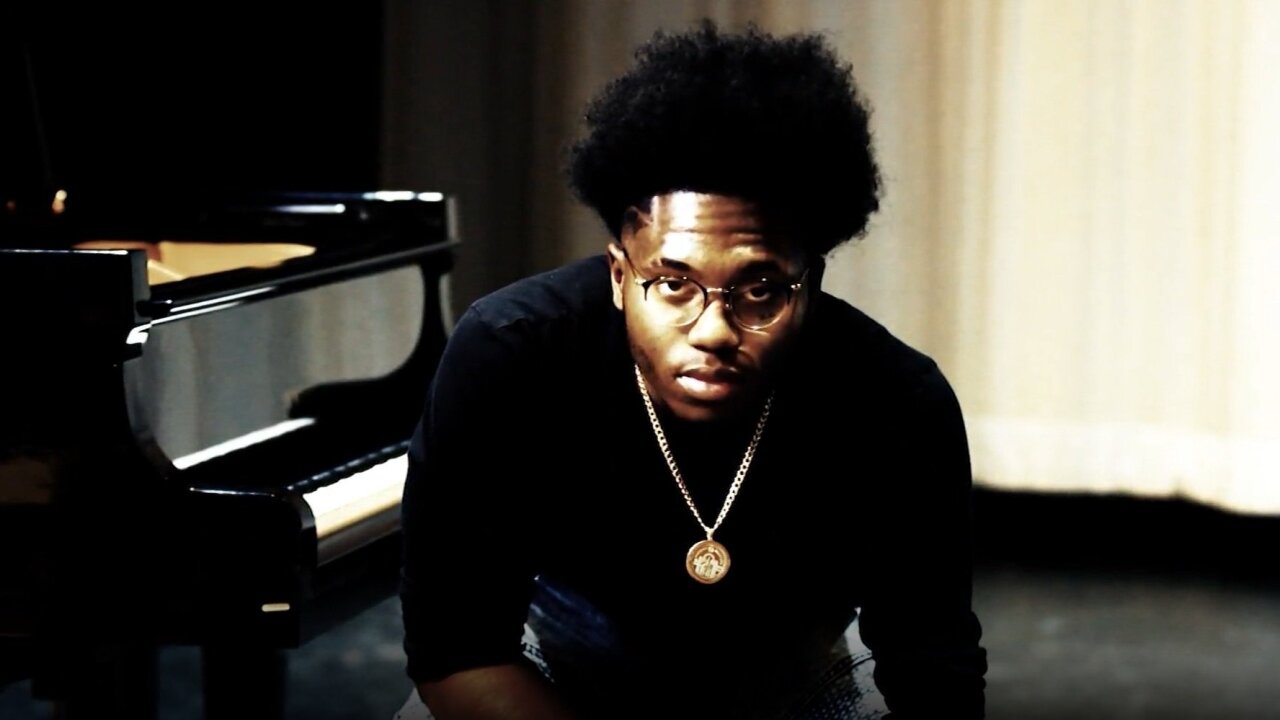 “I decided at age 10 that I wanted to learn how to play the piano, but I knew that it was going to take a little bit more work for me to learn,” Simmons says. “I knew most people had 10 fingers. I knew I had four, but I was pretty sure I could make it work.”

The Warren, Ohio, teenager was born with a genetic condition called ectrodactyly. He has three fingers on his right hand and one finger on his left. He was also diagnosed with tibial hemimelia, a rare congenital lower-limb anomaly.

At 18 months old, his legs were amputated below the knee. None of these things stopped Simmons from following his passions.

With no formal training, Simmons taught himself by ear how to play the piano. He practiced and practiced, finding a way to reach the keys with four fingers while mastering the pedals with his prostheses.

Simmons knew he would have to develop his own style of playing.

“I couldn’t base it on the technique of somebody who has 10 fingers. It just wouldn’t work'” he says. “That’s why it was hard for me to take piano lessons. It’s very complicated for somebody who has learned how to play with 10 fingers to adjust and teach me with only four.”

Simmons is also a skilled trombonist and is a member of several musical groups at Warren G. Harding High School, including the school’s jazz and marching bands.

“He came to us playing piano by listening to other musicians and picking up on the melodies and the harmonies by ear,” Young says. “We worked hard with him from the beginning. He had great talent, but we wanted him to be able to read music and play — and to do both equally well.”

The now 18-year-old not only learned how to play and read music but also began composing.

“His talent really helps raise the bar for the rest of the band,” says Young. “He serves as a leader in the group and an example of what the other students can work towards, whether it is the solos that he performs or by playing first chair trombone in concert band.”

His mother, Tamara Simmons, isn’t surprised by Darrius’ accomplishments. She knows how focused and determined he can be.

“I am a pianist,” Simmons says with confidence. “I compose some of my own original music. One of my most known compositions is called ‘Dreams Are Forever.'”

He put himself out there on social media. Videos of him playing the piano struck a chord, especially with renowned South Korean pianist Yiruma. He invited Simmons to play onstage at Carnegie Hall in 2016.

For the most part, Simmons all but dismisses his birth defects. He navigates life like any other teenager with dreams.

He plans to pursue a career in music after high school and hopes to motivate others.

“Being a nurse, I love caring for people. And my son is doing the same thing in his own way. I’m proud of that,” his mom says. “And it makes me happy that, through something he enjoys doing, he can touch people’s lives in a positive way.”

From mastering music to beating physical challenges, Darrius Simmons sets out to inspire the world, one listener at a time.

“I like to be somebody’s motivation,” he says. “If I play in front of a whole crowd and I see one person smile, that’s a job well done.”