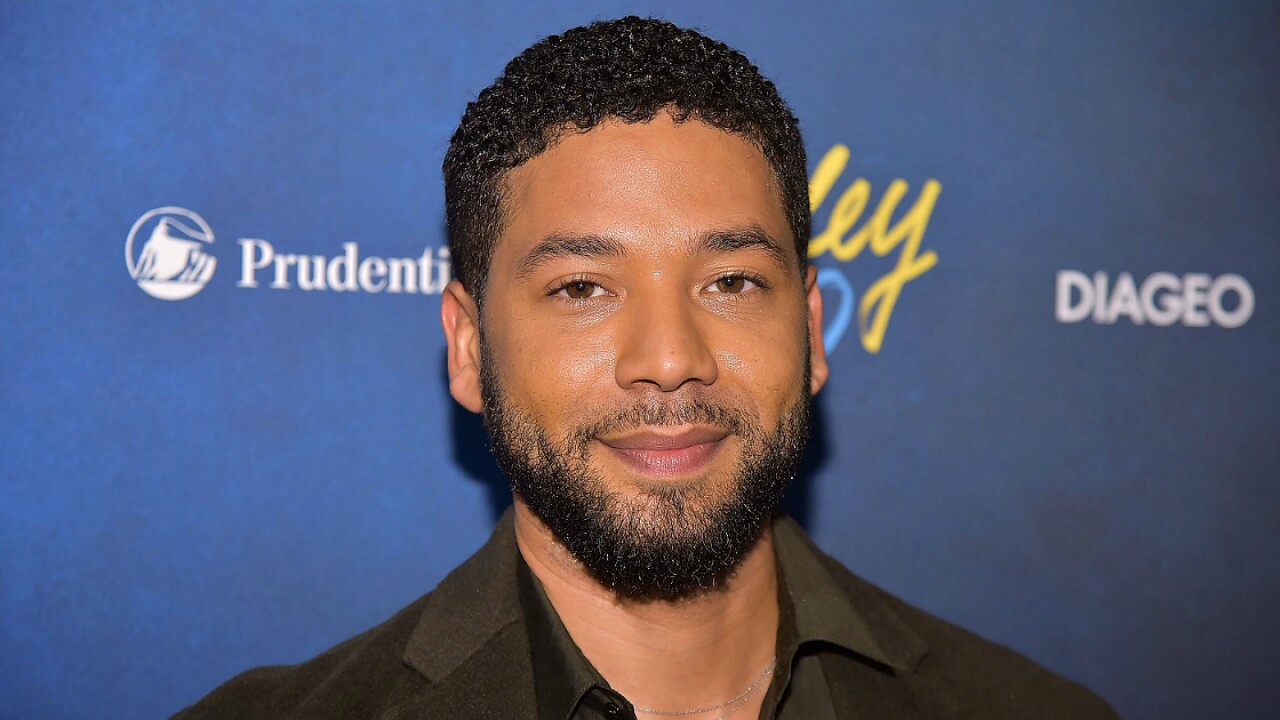 Jussie Smollett has a message for his supporters: "I'm OK."

The "Empire" actor, whose statement was first published by Essence on Friday, said he was attacked in the early morning hours on Tuesday in what Chicago police are investigating as a possible hate crime.

Smollett addressed his statement to the "beautiful people."

"Let me start by saying that I'm OK," the actor said. "My body is strong but my soul is stronger."

"More importantly I want to say thank you," Smollett said. "The outpouring of love and support from my village has meant more than I will ever be able to truly put into words."

The star also addressed speculation that he has been less than forthcoming with authorities and that his story has changed since he originally reported the incident.

"I am working with authorities and have been 100% factual and consistent on every level," Smollett added. "Despite my frustrations and deep concern with certain inaccuracies and misrepresentations that have been spread, I still believe that justice will be served."

Smollett said he was attacked by two people who were "yelling out racial and homophobic slurs," according to police.

Smollett plays a gay character on "Empire" and also identifies as gay.

He also reported that one of his attackers put a rope around his neck and poured an unknown chemical substance on him, police said.

Investigators said they have video of Smollett entering the hotel after the alleged attack with what appears to be a noose around his neck.

On Thursday, the Smollett family issued their first official statement since the incident.

They condemned the "violent and unprovoked attack," calling it "a racial and homophobic hate crime."

"Jussie has told the police everything from the very beginning," the family's statement read. "His story has never changed, and we are hopeful they will find these men and bring them to justice."

"As my family stated, these types of cowardly attacks are happening to my sisters, brothers and non-gender conforming siblings daily," Smollett said in his statement.

"I am not and should not be looked upon as an isolated incident," he said. "We will talk soon and I will address all details of this horrific incident, but I need a moment to process."

Smollett concluded with a message of resilience.

"Most importantly, during times of trauma, grief and pain, there is still a responsibility to lead with love," he said. "It's all I know. And that can't be kicked out of me."

CNN's Don Lemon spoke to Smollett and a mutual friend who was at the hospital with the actor on Tuesday.

Smollett said he was shaken and angry that an attack like this could happen.

He also told CNN he fought back against the attackers.

Chicago police have released photos of potential persons of interest they are asking the public for assistance in identifying.